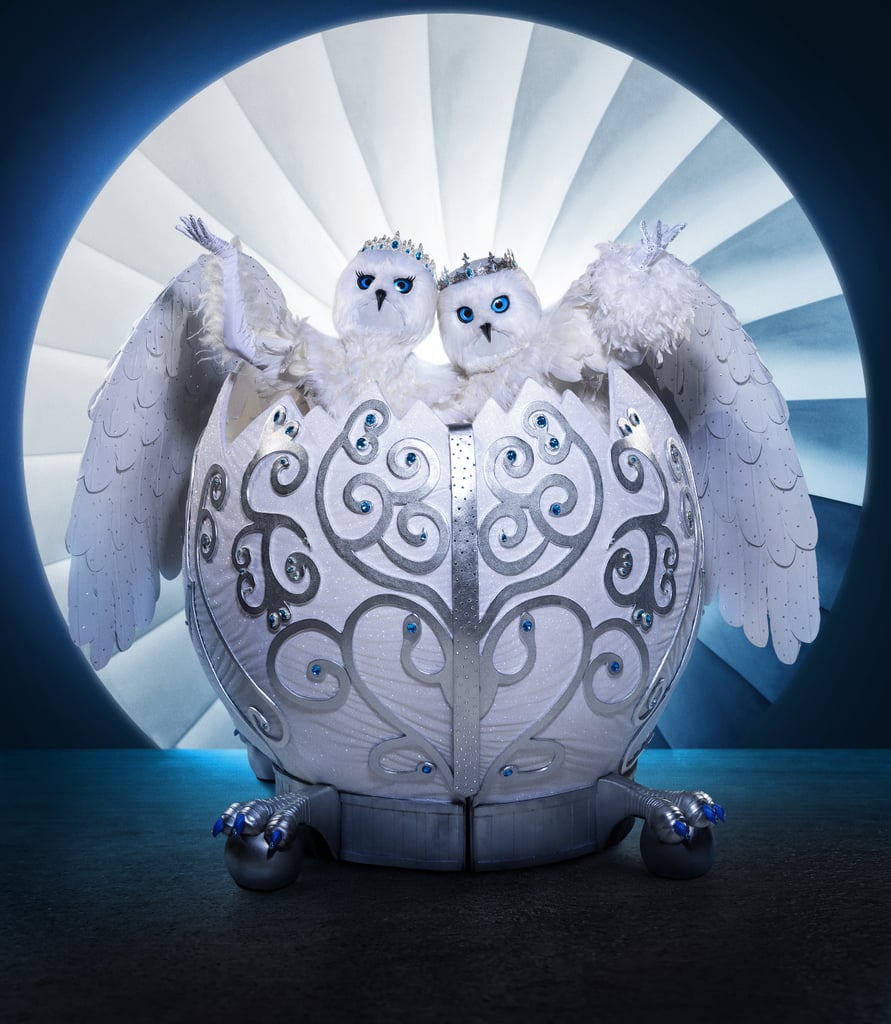 The guessing game is on for The Masked Singer season four. During the premiere on Sept. 23, the competition started by introducing us to the first round of contestants in Group A. While there were plenty of intriguing clues for each, it's the Snow Owls that have everyone's attention. Yep, that's right: for the first time ever, this season includes a musical duet! It appears the Snow Owls are a male and female duo, but are they a married couple or siblings?

Based on the clue video, it's a bit hard to say. While they talked about spending magical Christmases together, at one point the female owl says, "Oh, brother," which could mean they are related. They even note that their appearance on the show is a bit of a "family reunion" for them. Maybe they played siblings on screen? Another telling moment was when the female owl said, "Working with him, he's a prankster — a real wise guy," to which the male owl quipped, "Anything for a laugh," while pulling out a red rose from his pocket. So, what does it all mean? Read ahead for some of our best theories of who could be behind the masks.