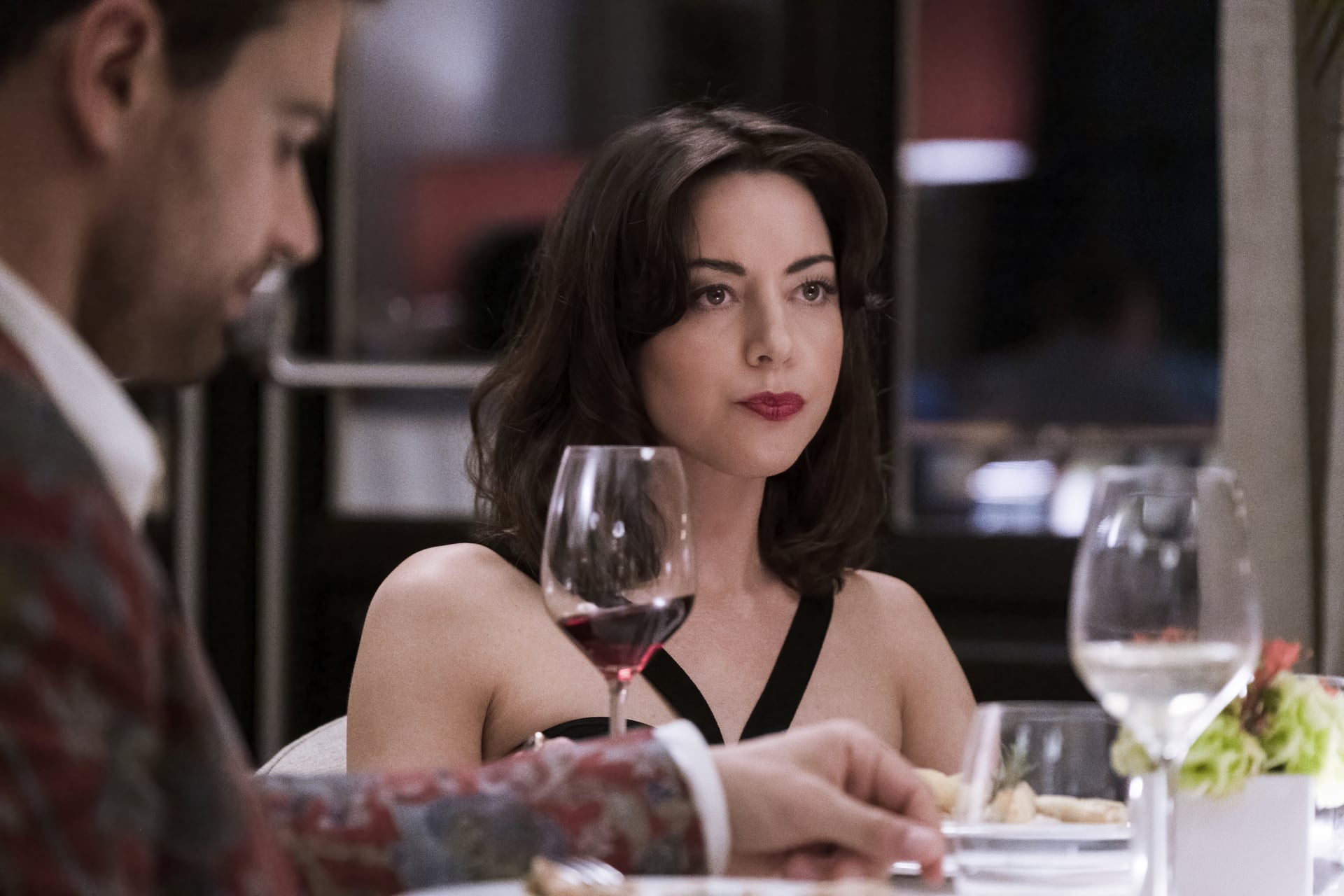 One of the juiciest dynamics on "The White Lotus" season two is that of the central foursome: Ethan (Will Sharpe), Harper (Aubrey Plaza), Cameron (Theo James), and Daphne (Meghann Fahy). While Harper is initially disgusted by her husband Ethan's former college roommate, Cameron, as the married couples intermingle, the pair's adversarial dynamic becomes murkier (and a little more heated). This all culminates with a potential dalliance between Harper and Cameron in episode six.

Harper's frustrations with Ethan begin in episode four when, after rejecting her sexual advances over the course of their vacation, he repeatedly refuses to tell her the truth about the debauchery he and Cameron got up to while she and Daphne were in Noto (which included him kissing Mia). Once Ethan finally confesses (only after Harper discovers a condom on the couch), a fed-up Harper still harbors doubts about Ethan's story — so he asks Cameron to talk to her and corroborate his version of events.

Cut to Harper and Cameron grabbing drinks at the bar and looking too chummy for comfort for Ethan. When they disappear together so Harper can retrieve her hat from her room, Ethan immediately suspects them of hooking up there, especially when he discovers the adjoining door of their hotel rooms unlocked.

Harper insists nothing happened, but Ethan, in a deliciously ironic twist, can't help but stew. So what really transpired between these two?

Do Harper and Cameron Hook Up on "The White Lotus"?

In episode five, Daphne advises Harper to "just get a trainer" (aka an extramarital boy toy) after dropping the bomb that she knows Cameron cheats on her (a revelation that has viewers thinking her eldest child might not be Cameron's). It's possible a bitter Harper simply took this advice. It's safe to say this is what Ethan suspects: in the preview for the finale, we see Ethan spit, "I know you did something!" at his wife and punch Cameron.

Could he be right? Harper always seems disgusted with Cameron (he's a sleaze who scoffs at her work as an employment lawyer; can you blame her?), but there's also some heat there, too. Let's not forget that under-the-table leg touch in episode five or the way he undresses right in front of her in episode one. Plus, Harper is noticeably upset about the fact that Ethan would rather watch porn than be intimate with her — again, can you blame her? — and repeatedly asks Ethan in episode six if he even "wants" her anymore. Could her wish to be desired have ended with the hasty hookup Ethan keeps envisioning?

By the end of the season, it's unclear if Harper and Cameron actually hooked up or not. During a stop on "Live With Kelly and Ryan" on Jan. 9, James said he doesn't believe they did. "I don't think they did, no," he told hosts Kelly Ripa and Ryan Seacrest. "It's interesting that foursome, isn't it? Because from the get-go, they despise each other but also like each other in this strange, opaque way."

James also discussed his character, calling him "insecure." James explained, "He defines himself by money, and when he sees another person that has more of that, he's confused about his identity." The actor continued: "He is a villain and he's a scumbag, really. His morality, everything about it is completely skewed and wrong."