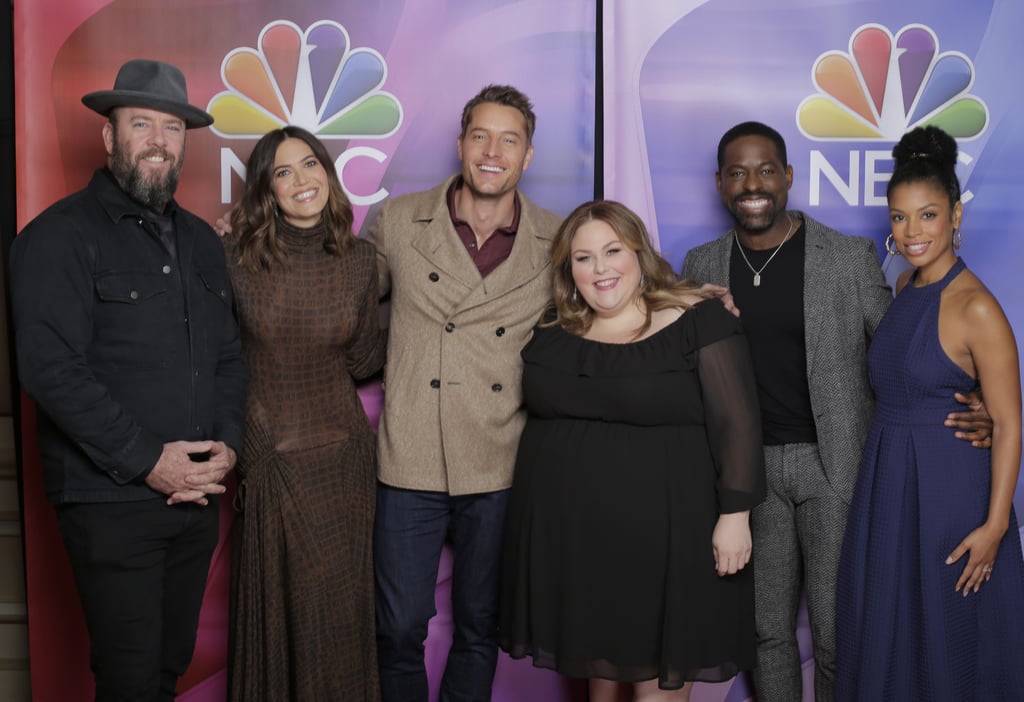 The final episode of NBC's "This Is Us" airs on May 24, and the cast has steadily been sharing emotional goodbyes. The show, which first aired in 2016, has become widely beloved for its emotional twists and turns and its memorable cast of characters. It primarily follows three siblings — Kate (Chrissy Metz), Randall (Sterling K. Brown), and Kevin (Justin Hartley) — across different periods of their lives, jumping around in time to explore their past, present, and future. The show also dives into the relationship between their parents, Rebecca (Mandy Moore) and Jack (Milo Ventimiglia) and explores various aspects of the lives of other family members.

Over the years, "This Is Us" has garnered critical acclaim, averaging 94 percent on Rotten Tomatoes and excelling at the Emmys, the Critics' Choice Awards, and many more. The show wrapped up filming its sixth season on May 2, and its creators and stars have been open about their mixed feelings about the show's end for a long time leading up to it. Last year, Brown described the finale as "heartbreakingly beautiful," telling POPSUGAR that "at the end of the day, there is light. [The characters] go through so much, but you know that they come out on the other side even better than the way in which they entered into it."

Many cast members and fans have even expressed their desire for a sequel. "I say no to nothing," show creator Dan Fogelman told People. "When I want to do something again for 'This Is Us' with these guys, I suspect they're gonna all be very busy and winning awards, Emmys and Oscars and all this stuff. But sure, if we can figure out a movie down the road, I'd love to get back together with these guys and do it."

For now, though, it appears that "This Is Us" truly is coming to a close. Read on to hear what the cast had to say.