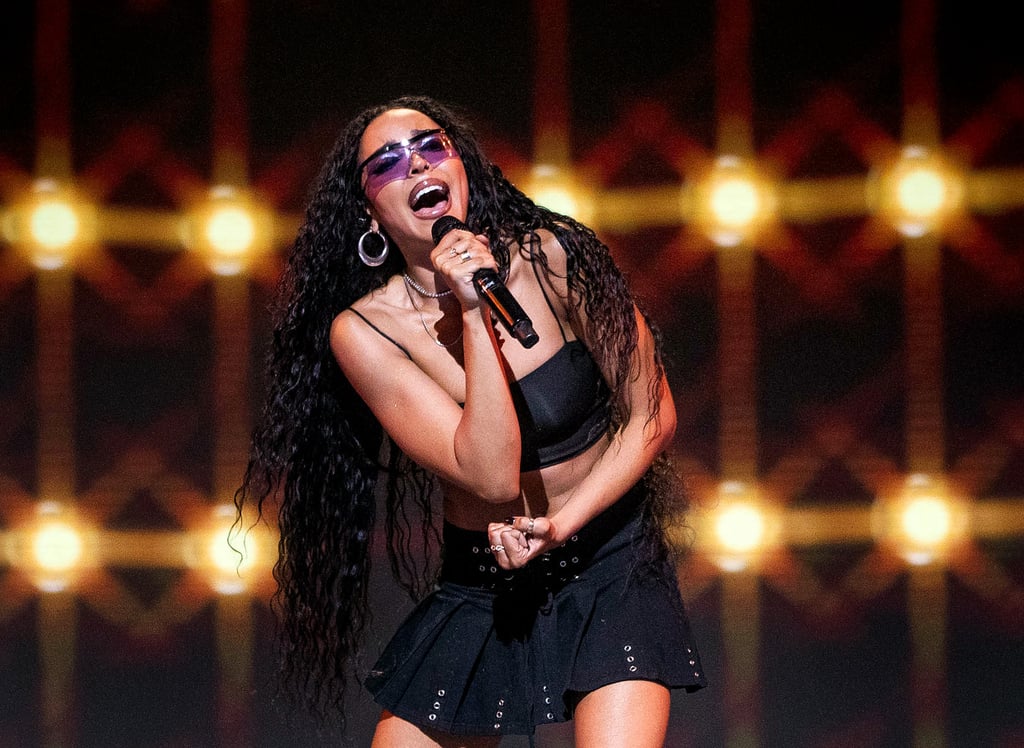 Tinashe's new music is here! After dropping her sexy single "Bouncin'," complete with an even sexier music video in July, the 28-year-old singer announced that her fifth studio album, 333, would be released on Aug. 6. Along with the release date, Tinashe also debuted some gorgeous artwork and a few teasers of what was to come.

In a recent interview with POPSUGAR, she explained the special meaning behind the album and how it is an "evolution into the future." For her, 333 explores the intersection between spirituality and virtual reality. "That process of moving forward, finding yourself, letting go, and evolving," she added. You can listen to 333 ahead.

Related:
Tinashe's "Bouncin" Is Just the Latest in Her Long List of Sexy Music Videos — Watch Them Here
Previous Next Start Slideshow
MusicTinashe