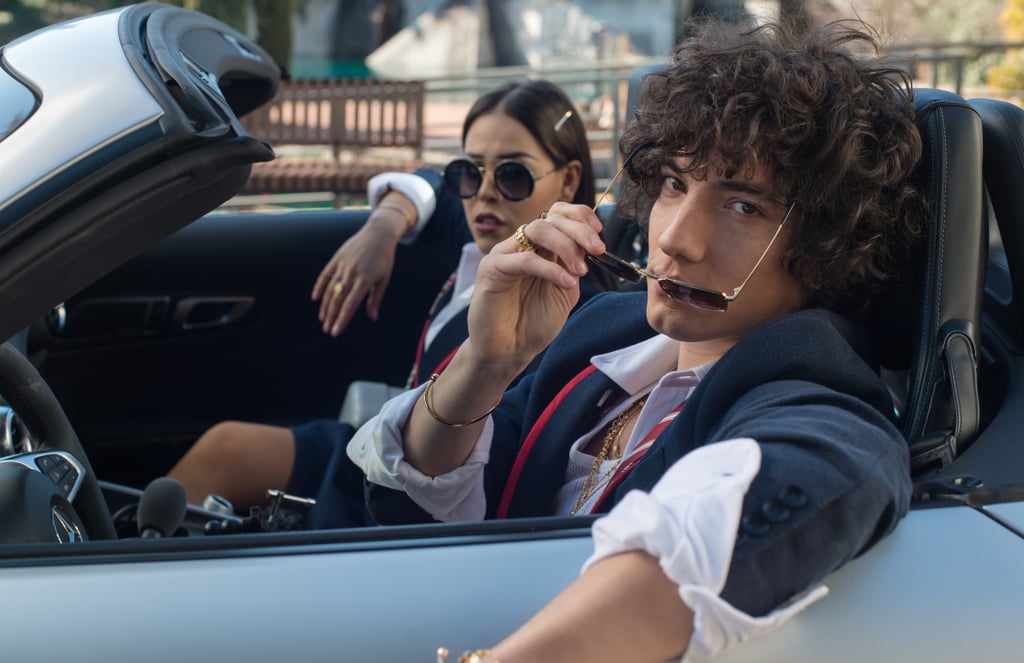 27 Hilarious Thoughts People Had About the Drama, Deceit, and Dirty Deeds in Elite Season 2

After Euphoria season one, it felt like teen dramas couldn't get much crazier — and then Elite strolled in and said, "Hold my drink." Netflix dropped the Spanish show's second season on Sept. 6, and the students of Las Encinas are wilder (and hornier) than ever before. Sex, drugs, scams, and murder are just a few things wrapped up in an average school day for these characters, all while a killer soundtrack plays in the background.

Season two, like season one, uses flash-forwards to follow a chilling mystery: what happened to Samuel? As viewers fill in the blanks, they're introduced to a few new characters — Valerio, Cayetana, and Rebeca — and are reunited with plenty of familiar faces. The show's core relationships are put to the test as lines are drawn and sides are taken. There's certainly no shortage of privilege, partying, or uncomfortable moments (ahem, that scene between Ander and Polo) that will keep fans on their toes.

Naturally, eager fans who've already binged have plenty of things to say about the newest episodes. The reactions flooded Twitter following the season two release, and there's still more to come as people catch up over the weekend. Luckily, if you're behind, there's plenty of time to binge as the cast jumps into filming season three. As you watch, peruse through the following tweets and see if you had the same hilarious thoughts as your fellow fans.

Related:
Hear All the Songs Featured on the Soundtrack For Season 2 of Elite
Previous Next Start Slideshow
NetflixTVEliteTwitter Reactions