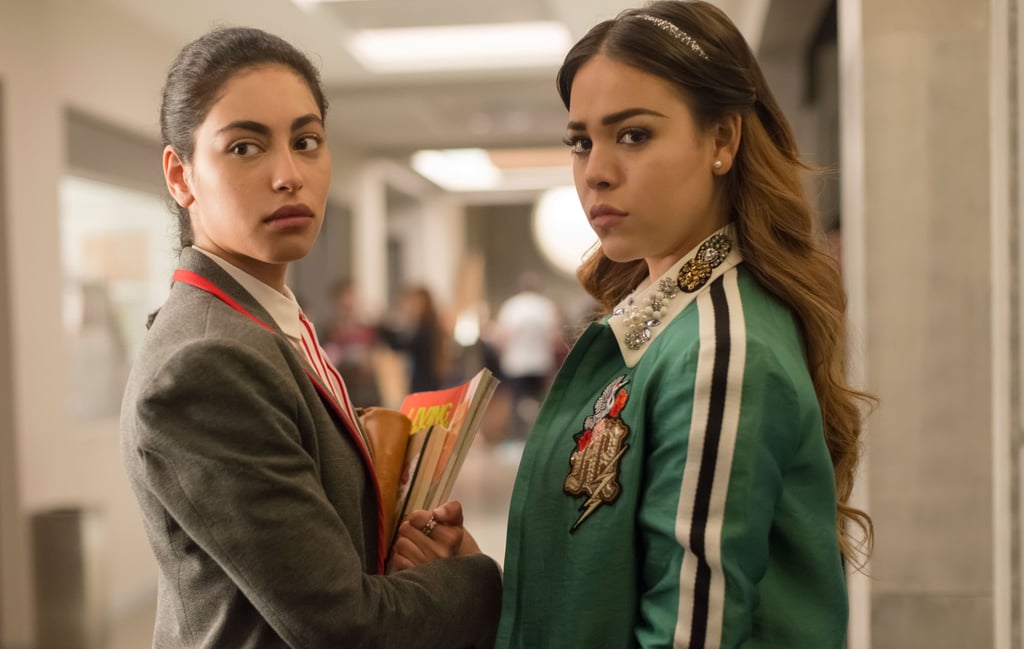 School is back in session for Elite's second season, and the soundtrack for season two, as you probably expect, is pretty dang amazing. The teen drama, now streaming on Netflix, has a soundtrack that perfectly underscores its characters' emotional highs and lows with a blend of catchy, upbeat songs and some serious, quieter music for more introspective or emotionally charged moments. Unsurprisingly, since the show is a Spanish import, the soundtrack is thoroughly bilingual, with tracks in Spanish and English (and at least one in French!), but the soul of the music can be understood no matter what language it's in. Keep reading to see what songs you can expect to hear when you watch Elite season two on Netflix!

Phoebe Dynevor
Phoebe Dynevor Not Returning to "Bridgerton" Season 3: "If They Ask Me Back . . . Who Knows?"
by Eden Arielle Gordon 2 days ago