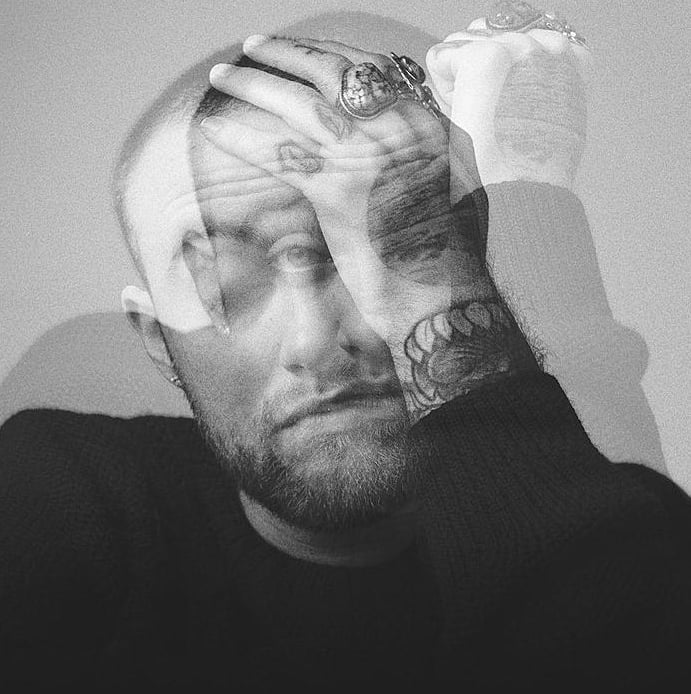 Mac Miller's posthumous album, Circles, dropped on Jan. 17, and fans are reflecting on the thoughtful tracks. On the LP, the late rapper — who died from an apparent overdose at age 26 in September 2018 — talks about some of his biggest struggles with fame and mental illness. "I need somebody to save me before I drive myself crazy," he softly croons in the fifth track, "I Can See." Still, the musician offers hope for anyone dealing with similar issues. "Hey, one of these days we'll all get by / Don't be afraid, don't fall," he says in "Blue World."

According to Miller's family, who first announced Circles on Jan. 8, the project serves as a follow-up companion to the musician's 2018 LP, Swimming. "Two different styles complementing each other, completing a circle — Swimming in Circles was the concept," they explained in an Instagram post. Shortly after, they dropped the single "Good News," as well as its music video — Miller's first solo release since his death. There are now visuals for every track on the album.

Miller's new collection of tunes is sure to touch a lot of people. In fact, it already has. Look ahead to read some of the emotional reactions to Circles.

John Legend
Why Am I Just Finding Out That John Legend Sang a Juan Luis Guerra Song in Spanish With Flor de Toloache?
by Maria G. Valdez 19 hours ago

by Amanda Prahl 28 minutes ago