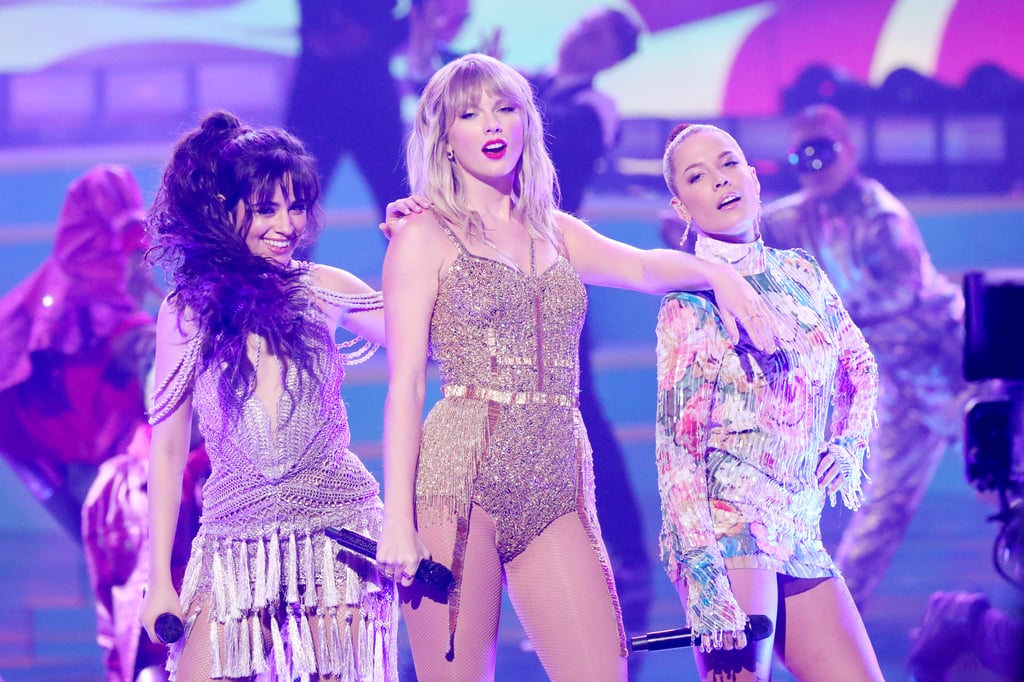 Taylor Swift celebrated her last decade of music at the American Music Awards on Sunday night, and it thrilled the audience to no end. The 29-year-old singer belted through a mashup of her greatest hits, starting with "The Man" from her latest album, Lover, followed by songs from albums like Fearless, Red, and 1989.

Diehard Swifties might've been disappointed to see Swift skip over tracks from Speak Now, Reputation, and her namesake album, but there was an overwhelmingly positive response from fans overall — especially when she brought Camila Cabello and Halsey out to sing "Shake It Off" with her. Selena Gomez sang along from the audience next to Swift's parents, returning the favor from her own AMAs performance earlier in the night. Gomez's reaction is by far one of the cutest of the night, but keep reading to see a few of our other favorite responses — ask and the internet will deliver!