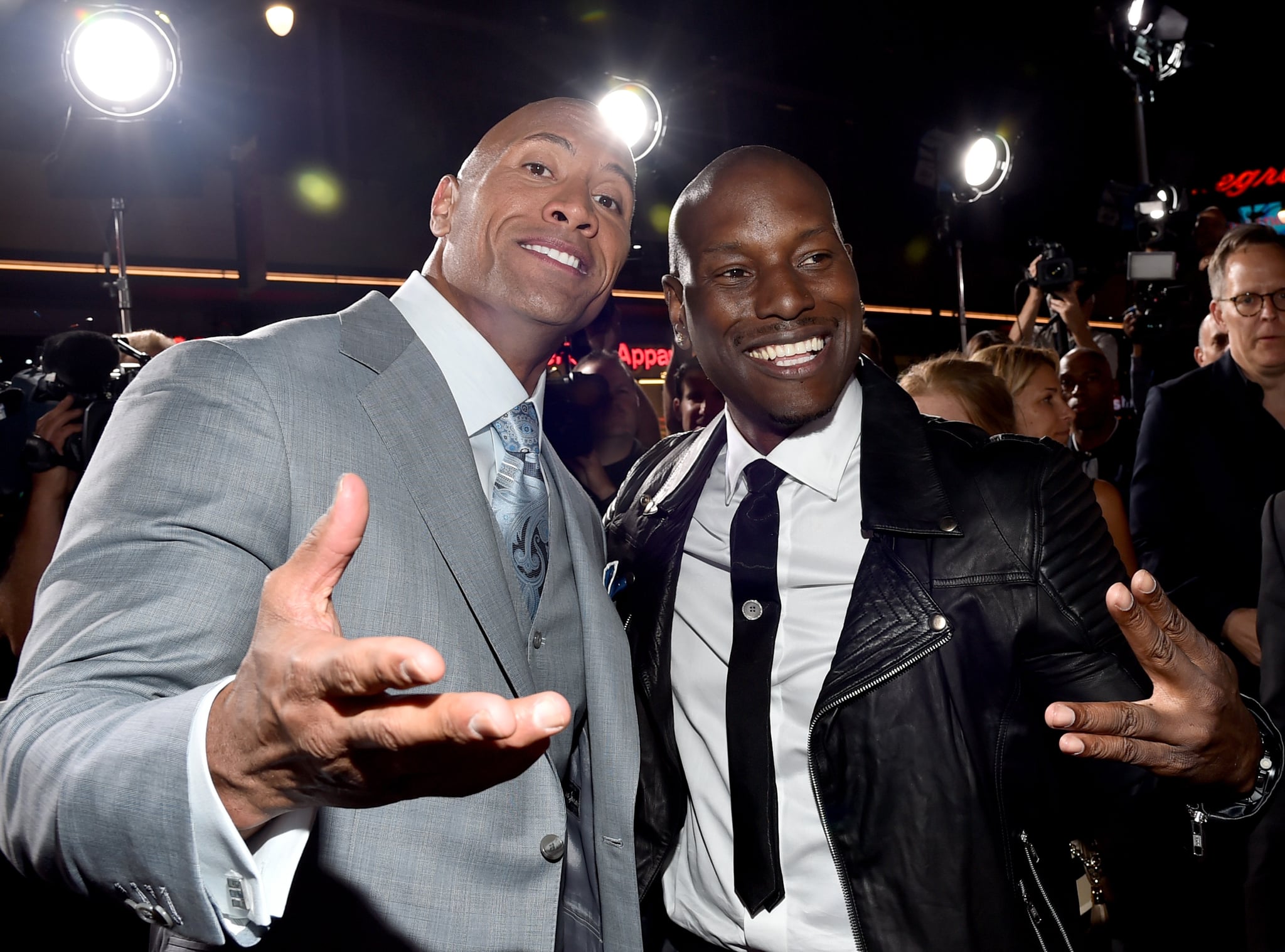 Finally, some good news: Dwayne Johnson and Tyrese's Fast & Furious feud has officially come to an end. During an appearance on Monday's Stir Crazy With Josh Horowitz, Tyrese confirmed that he and The Rock are back on good terms after they connected a few weeks ago. "Me and The Rock peaced up, by the way," the 41-year-old actor and singer revealed. "We talked for four hours about three weeks ago. . . . It was great. What's interesting about The Fast and the Furious is it's not about any of us individually. We're like the UN at this point."

Tyrese and Johnson's feud dates all the way back to 2017, when the Hobbs & Shaw spinoff was first announced and it pushed back the release of Fast & Furious 9. Almost immediately after the news broke, Tyrese commented on one of Johnson's Instagram posts, warning him not to move forward with the project. He wrote: "If you move forward with that #Hobbs Movie you will have purposely ignored the heart to heart moment we had in my sprinter - I don't wanna hear from you until you remember what we talked about - I'm on your timeline cause you're not responding to my text messages - #FastFamily is just that a family....... We don't fly solo."

Even though Dwayne won't be appearing in Fast & Furious 9, we're glad these two were able to put their differences aside and mend their friendship. Check out Tyrese's full interview below.

Meghan Markle
Meghan Markle Reacts to Abortion Ruling: "What Happens With Our Bodies Is So Deeply Personal"
by Yerin Kim 6 hours ago

Award Season
Taraji P. Henson, Janelle Monáe, and More Stand Up For Abortion Rights at the BET Awards
by Njera Perkins 2 days ago