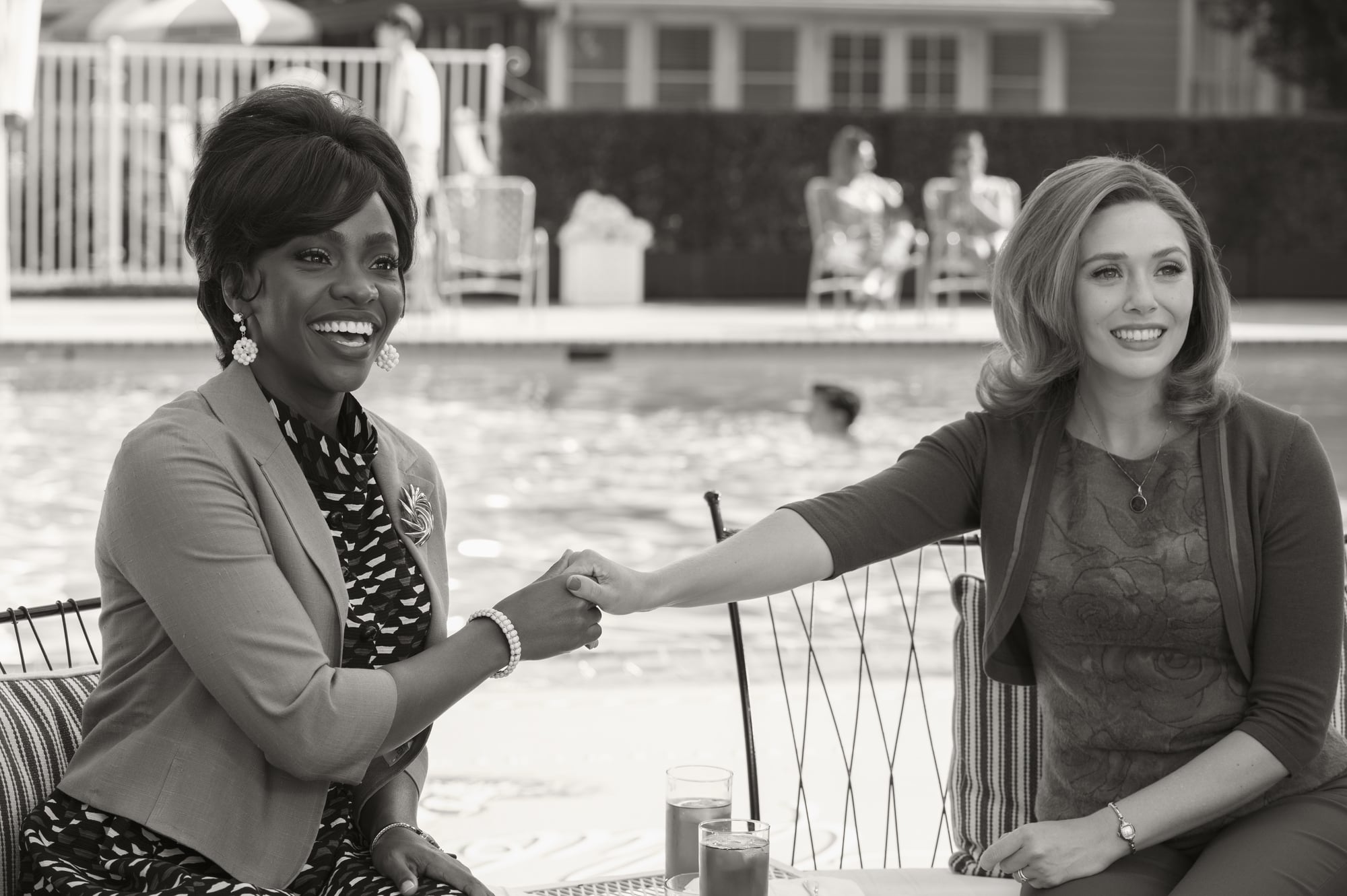 First introduced in the second episode of WandaVision, Wanda's friend Geraldine seems to be playing an increasingly big role going forward. But just who is she, exactly? Although her true identity hasn't been officially revealed on screen as of yet, Marvel has made no secret of who she really is: she's Monica Rambeau, the now-adult daughter of Captain Marvel's Maria Rambeau.

We first met Monica during Captain Marvel, when she was just a young girl and her mom was Carol Danvers's best friend. Captain Marvel takes place in 1995, so, with Monica now appearing to be an adult (played by Teyonah Parris), it suggests that WandaVision does take place somewhere in the "present" of the Marvel Cinematic Universe. Why Monica is there in Wanda's alternate reality, and what role she's playing there, however, remains to be seen. At first, she seems like a friend to Wanda, but they quickly clash when Monica, aka "Geraldine," breaks whatever illusions are happening in this reality.

It does seem like she has some memories of what life on the "outside" is like — she briefly breaks through Wanda's sitcom persona when she asks Wanda about the death of her brother, Pietro. At the end of the third episode, she gets ejected forcefully from Wanda's reality, crashing through a force field and landing on the ground somewhere outside, surrounded by a group of soldiers.

If the comics are anything to go by, Monica has a huge destiny waiting for her. In those storylines, she eventually takes up the mantle of Captain Marvel after gaining superpowers when she's exposed to extradimensional energy. Not only does she join the Avengers, but she actually becomes their leader at one point! It's worth noting that two of her early superhero allies are Doctor Strange and Scarlet Witch — remember, WandaVision is rumored to link, in some way, to the upcoming Doctor Strange sequel, Doctor Strange in the Multiverse of Madness. The version of Monica we're seeing now appears to already have some links to the broader MCU: Wanda ejects her after noticing her necklace, which bears the symbol of the post-S.H.I.E.L.D. organization, S.W.O.R.D. In any case, we can't wait to see how Monica fits into the Marvel world!