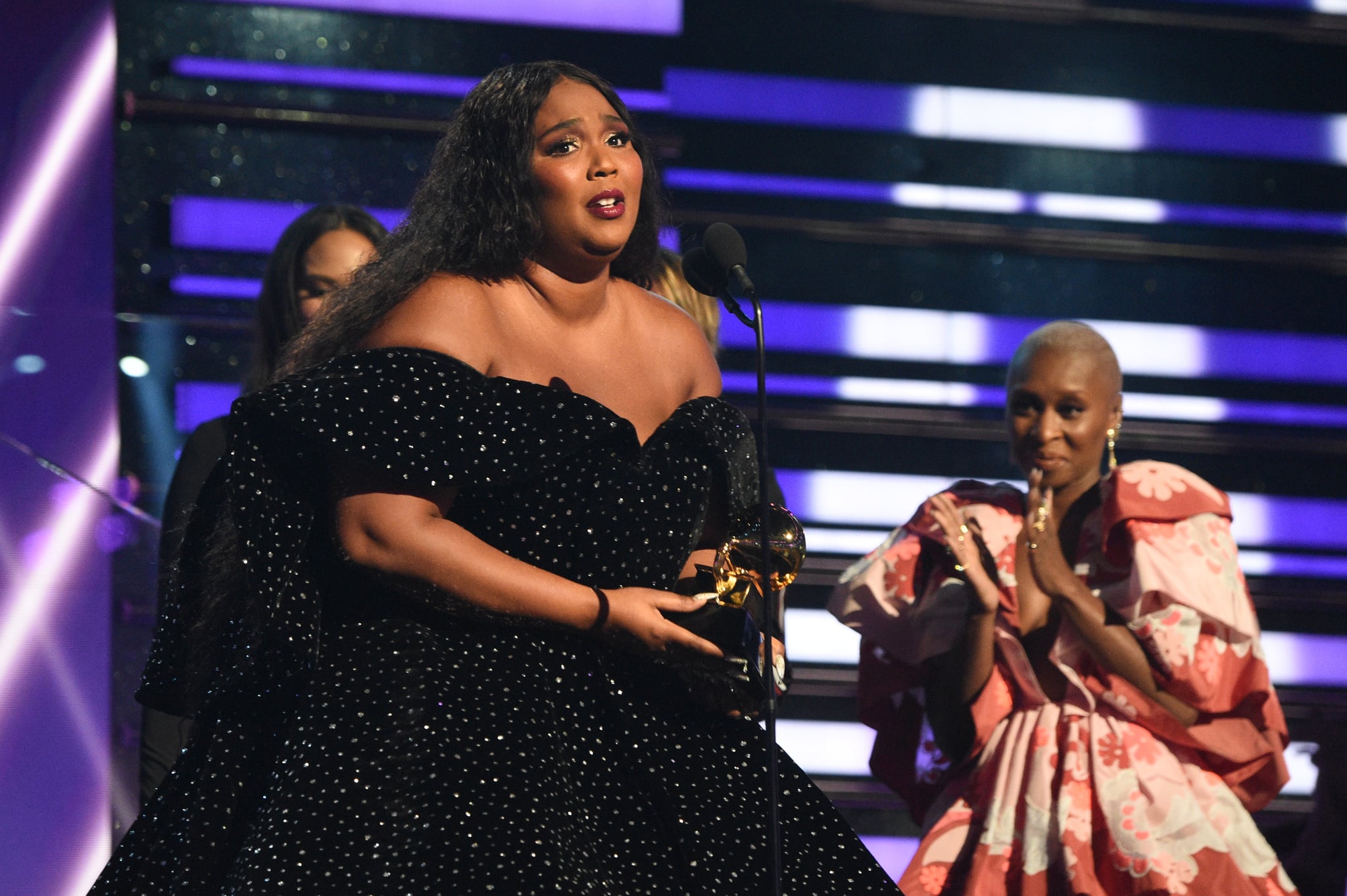 Lizzo became one of the first big winners at the 2020 Grammys! Right off the heels of a stellar performance of "Cuz I Love You" and "Truth Hurts," she took home the trophy for best pop solo performance as well. But if you were trying to listen to her acceptance speech, you might have gotten a little frustrated since the broadcast bleeped out several words in her speech. What did Lizzo say that got bleeped? While the broadcast cut the audio and even panned away to avoid lip-reading, we were still able to piece together just what she said that got censored.

The cameras cut away from her acceptance speech, which seemed to begin with a classic, shocked, "What the f*ck?" A few moments later, she started thanking people, beginning with the Recording Academy, and she dropped another bleep-worthy line, this time with what sounded like a double-header of profanity. Ty Bentli, a music show host who was in the room live, tweeted a confirmation of that particular moment: "Yes, that was "f*^king $#!+" and another F*^k from @lizzo. No beeps here, did it make it to TV on the east coast feed!?? And she still almost made us all cry. Real. Authentic." However, the uncensored version of her speech was posted to the Grammys YouTube and revealed that she actually said, "This is really f*cking sick, unexpected, and really cool."

Lizzo wasn't quite done making the censors work for their money yet, though. As she reached the end of her acceptance speech, she took a moment to reflect on the powerful impact music can have on the world at large as something more than just entertainment. "Let's keep making music that's f*cking good, that liberates people," she said. "Let's continue to reach out and hold each other down." It was a moving way to start an evening that carries a deeply emotional mood as the crowd at the Staples Center reacts to the death of Kobe Bryant only hours earlier, and even with the bleeps, we felt every word she said.