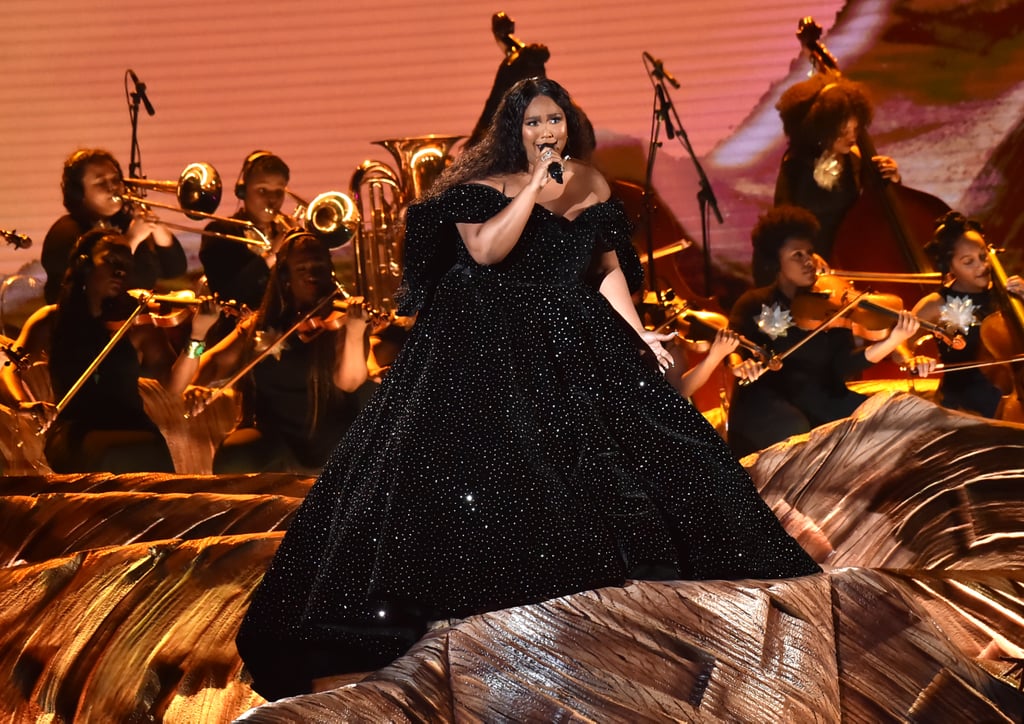 Lizzo started the Grammys with a memorable performance on Sunday night. The 31-year-old singer lit up the stage with an energetic staging of "Cuz I Love You" and "Truth Hurts." She began the set with a special shout-out to the late NBA legend Kobe Bryant, who died in a helicopter crash earlier that day. "Tonight is for Kobe," she said to open the performance.

It should come as no surprise that Lizzo also looked stunning while rocking a black studded gown before changing into a colorful ensemble with Stuart Weitzman crystal boots. If her outfits and vocals weren't enough to get you going, her incredible dance moves and flute solo definitely should have been.

It was a special night for the crooner, who snagged three awards. Her No. 1 hit "Truth Hurts" won the award for best pop solo performance, and the deluxe edition of her LP Cuz I Love You received the honor for best urban contemporary album. Her song "Jerome" also took home the prize for best traditional R&B performance. Watch her sing and dance ahead, then keep reading to see more pictures from her performance!

Beyoncé Knowles
Yes, Beyoncé's Lyrics Were Ableist. There's a Lot More to the Story.
by Maggie Ryan 18 hours ago