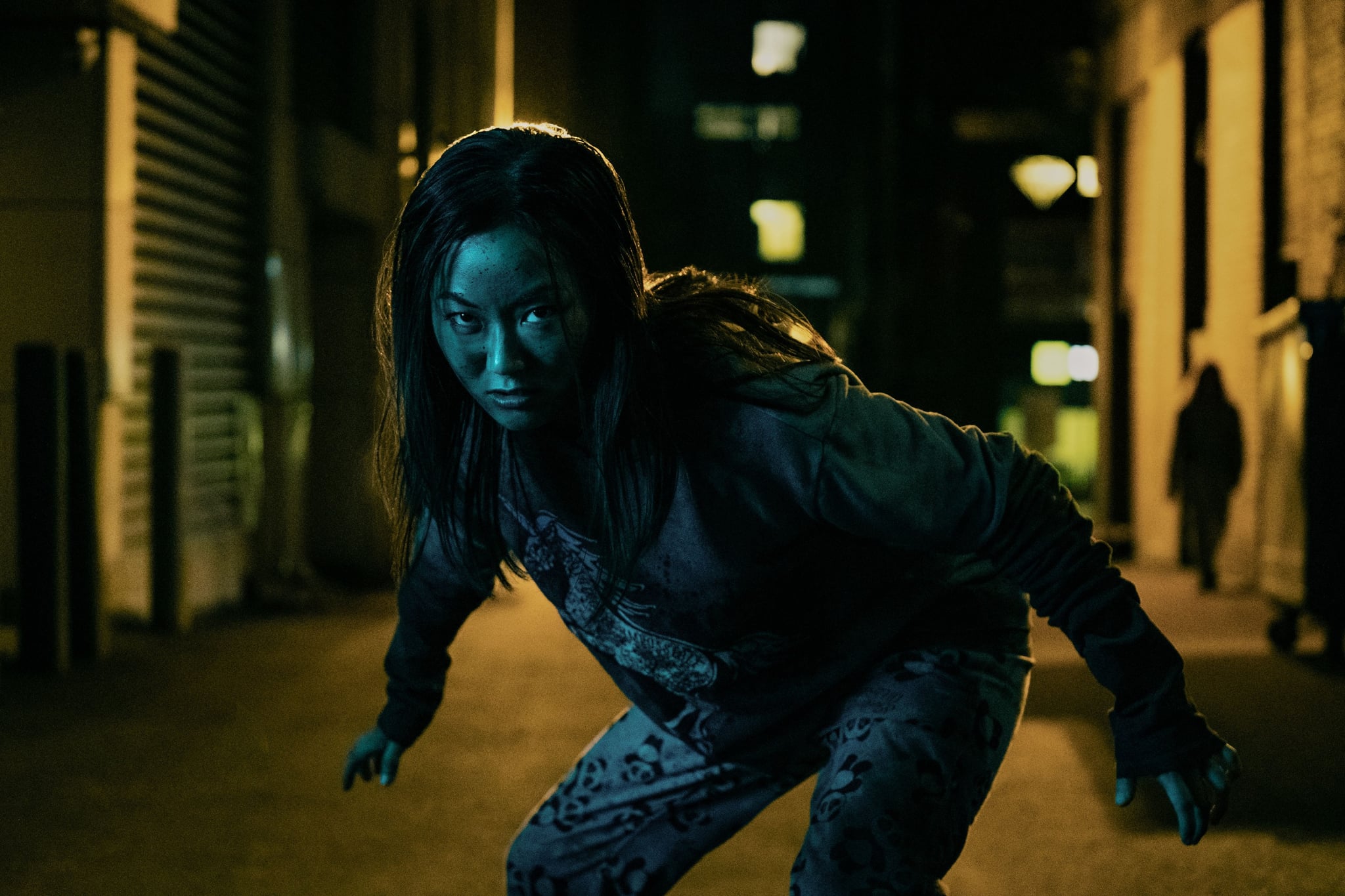 The mystery behind The Female has finally been solved. While fans have been enamored with The Female — real name Kimiko — since she made her debut in season one of The Boys, the origins of the sole superpowered member of the titular vigilante group have been a giant question mark. Through a series of supremely unfortunate events, the story behind how she came to be imprisoned in a Triad hideout underneath a grocery store in New York City is unraveled within the first three episodes of season two, released by Amazon Prime Video on Sept. 4.

Season two begins with the reveal that a new superpowered terrorist has been unveiled and a newly reunited Butcher and the Boys are tasked with the job to grab him and bring him to the government under Mallory's orders. When the ragtag group of vigilantes catch up to the super, they learn that he's Kimiko's estranged little brother, Kenji. We learned in season one that Kimiko used to live with her family on the coast of an unknown country when she was snatched by the Shining Light Liberation Army terrorist group. Throughout season two's first three episodes, we learn that after she was smuggled into America and injected with Compound V, Shining Light did the same to Kenji. "They had one dose left and they knew it worked on you, so they figured it would work on me," he tells his older sister in the second episode.

Related:
Obsessed With The Boys? Here Are 10 More Supercharged Shows to Watch

Kenji explains that after Kimiko was sent away, "the Americans" came for them. He describes a hero who came "shrieking out of the sky like a demon," destroying the camp and all the villages around it. No one was left alive, not their grandparents or even babies, who burned alive in their cribs. Kimiko offers to run away with him, but Kenji is understandably upset and wants to fight injustice alongside the Shining Light. The siblings are at an impasse and Kimiko incapacitates her brother to help the Boys bring him to the government.

Though the Boys attempt to deliver Kenji safely in the hands of Mallory, they're ambushed by The Seven, who have their own agenda. After a battle that causes the decimation of an apartment complex, Kenji is killed by The Seven's latest recruit, Stormfront. She unabashedly murders anyone who comes across her path during her pursuit of the siblings until she corners them on the rooftop of the apartment building. When Kenji attempts to keep her from hurting Kimiko, Stormfront breaks off his hands and snaps his neck, calling him a racial slur.

With Kenji dead, Kimiko resolves to kill Stormfront whenever they cross paths again.