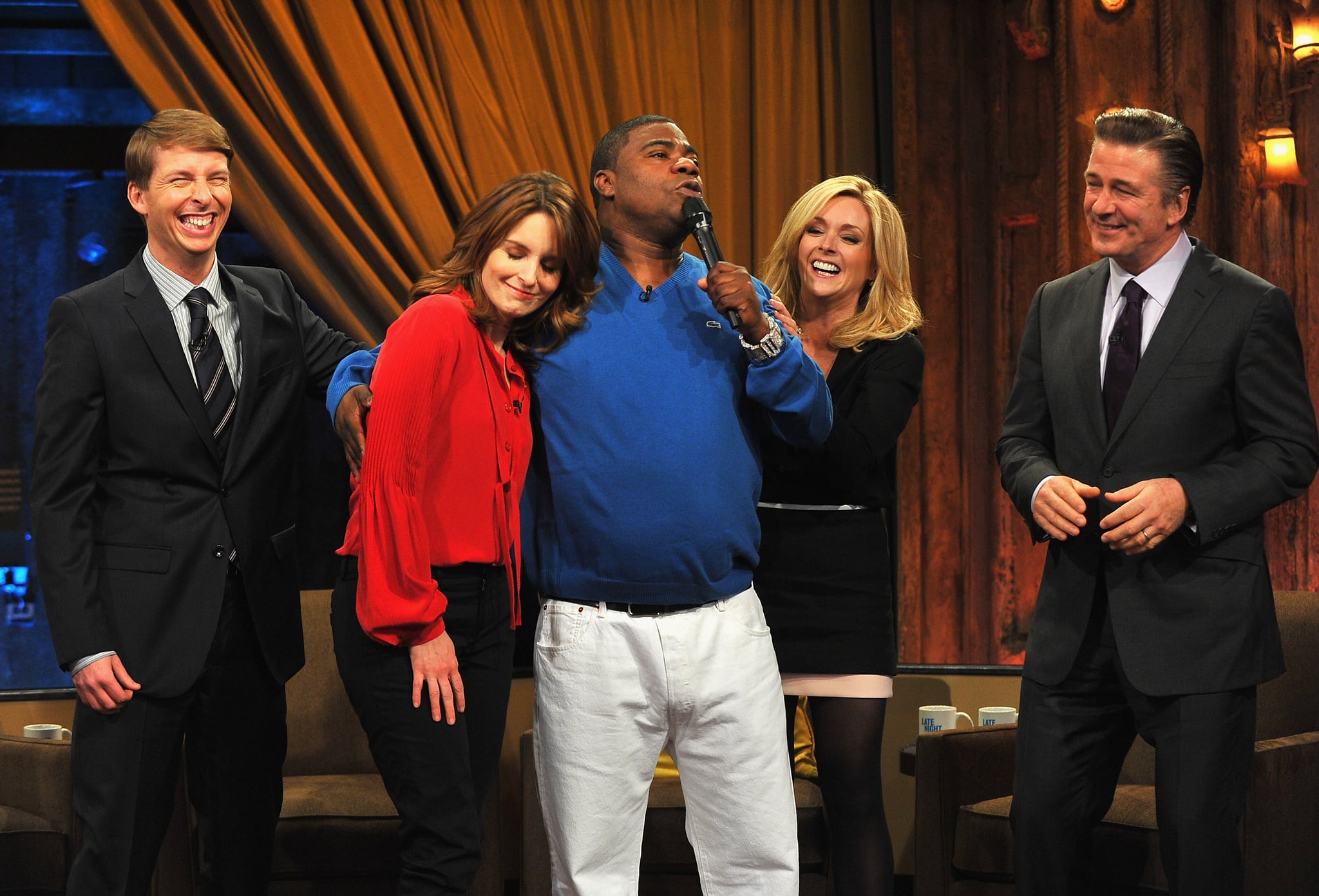 After the success of the Parks and Recreation special on April 30, NBC announced that there would be an hour-long 30 Rock special airing on July 16 at 8 p.m. Yes, all your favorites — including Tina Fey (Liz Lemon), Alec Baldwin (Jack Donaghy), Tracy Morgan (Tracy Jordan), Jane Krakowski (Jenna Maroney), Jack McBrayer (Kenneth Parcell), and maybe a few more — will be returning because, as Kenneth the Page would put it, "there are only two things [they] love in this world, television and everyone."

Unlike the Parks and Recreation special, which focused solely on the cast of the show, the 30 Rock special will also include stars from other NBCUniversal shows, which means we're in for one hell of a crossover episode. A special centered on bringing "together video, advertising, and humor" is right up 30 Rock's alley as the series has always been known for ridiculous product placement and less-than-subtle nods to sponsors. On July 10, a teaser for the upcoming special dropped featuring Liz calling out New Yorkers for not wearing masks in public.

While we don't know for sure how the rest of the episode will play out, here are just 15 things we imagine will happen:

We can't wait to be reunited with the 30 Rock crew on July 16. In the meantime, here's footage of us waiting for the episode.