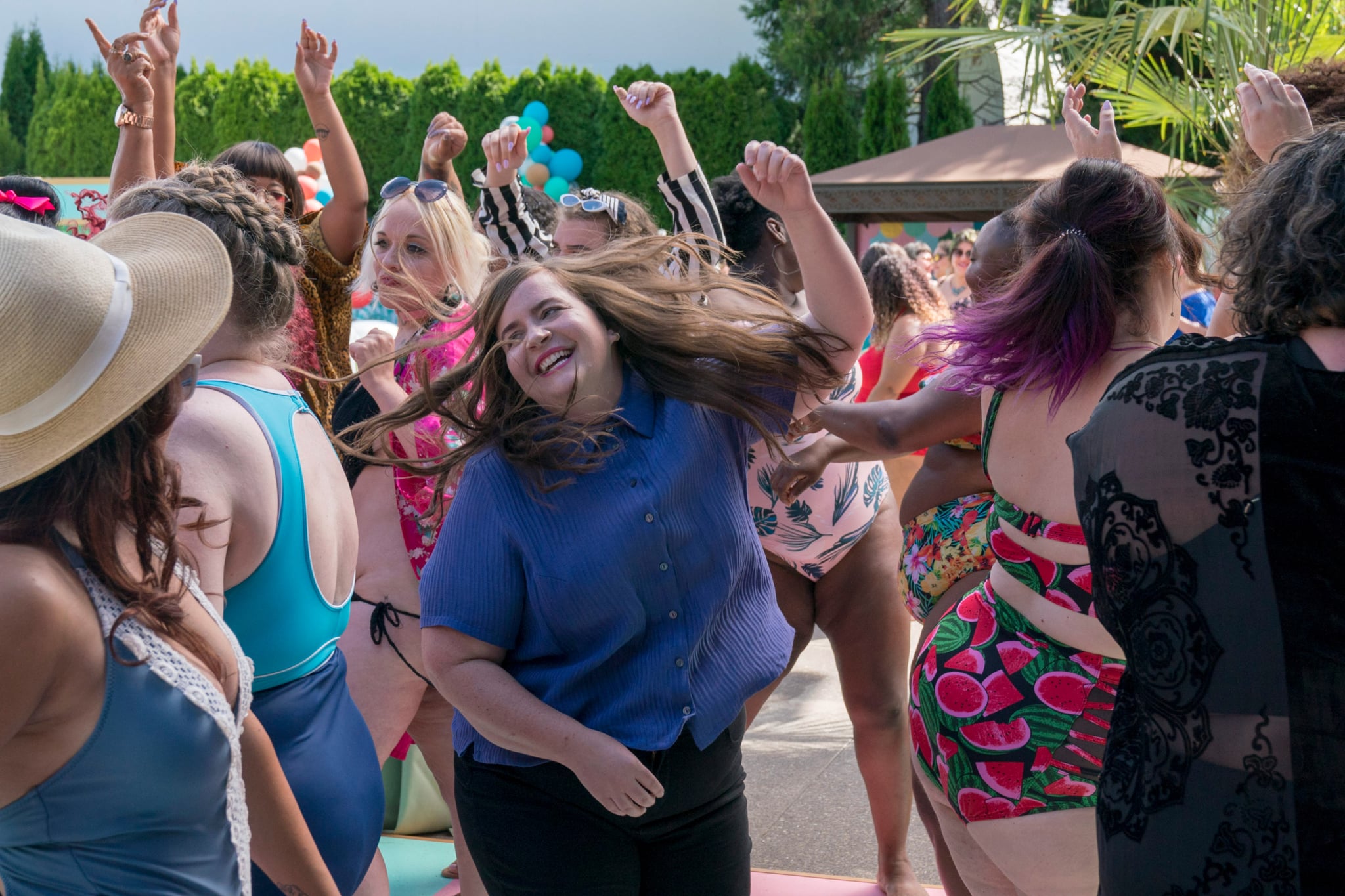 Though there's only six episodes in its debut season, Shrill has made a big impact with its sincere portrayal of modern life as a plus-size woman. Its main character, Annie Easton, is played by Saturday Night Live cast member Aidy Bryant, who brings her signature humor to a role that often faces unfunny obstacles.

In the first season alone, Annie goes through being fat-shamed by random people in a coffee shop, being fat-shamed by her mother, being fat-shamed at her job, and dealing with an uncommitted, rather stupid man who continuously takes her for granted. At the end of the season, Annie quits her job, her best friend/roommate is upset with her, and her father's health is still shaky. Despite these setbacks, Annie is at a new high point in her life, as she has finally acquired confidence in herself and her worth as a plus-size woman.

This leaves a lot of possibilities for what's to come in the second season, which is set to premiere this coming January. Here are some predictions for what could come with those eight new episodes:

1. Annie Will Ditch Ryan and Get With Lamar

After a season full of painstaking failures from Annie's current "boyfriend" Ryan, it's hopeful that Annie will realize that she deserves better than this toxic relationship. Ideally, this better might be her best friend Fran's brother, Lamar. Lamar has been in love with Annie since she and Fran were first roommates, and he remembers their inside jokes and even made her playlists that she had no idea were about her. Is this better than Ryan, who has one pillow, plays frisbee by himself all day, and had been sleeping with another woman while he claimed to be Annie's boyfriend and thought it wasn't a big deal? Yes, yes it is. Annie is a beautiful intellectual who is worth a lot more than him — fingers crossed that she realizes it.

2. Annie Will Start Writing For a Women-Led Publication

Going into season two, Annie will be adjusting to life as an unemployed journalist. In the first season, Annie had finally just written her first article at acclaimed journalist Gabe Parrish's publication. After rocking the boat by writing and publishing a second article without permission titled "Hello, I'm Fat," Annie was fat-shamed by fitness-obsessed Gabe who wrote a response article saying that she shouldn't be happy to be so and that her weight was going to cost him as an employer.

What we need to see is Annie writing for someone who treats her like a human, without constantly shaming her for her weight. Annie should work at a women-led publication where she can write about her experiences as a plus-size woman and be encouraged to do so. Annie's work was the most-viewed piece at her former company, and she wrote that while being constantly discouraged. It would be great to see what she could do with support.

3. Annie Will Apologize to Fran For Real

Annie just spent a lot of time relying on Fran to pick up her pieces between the drama at work and the disappointments with Ryan. During this time, Fran was also going through a number of problems. She went through a breakup herself, which was glossed over because Annie published her first article. After helping Annie recover from Ryan and then banishing him from their house, Fran is disappointed and hurt when Annie immediately lets him back into her life.

Annie needs to be there for Fran in the second season so that their relationship regains balance, and that's going to begin with an apology — perhaps with a grand gesture, because Fran does throw Annie a whole party after publishing her first article.

4. There Will Be a Critique on the Limited Fashion Options For Curvy Women

We're introduced to plenty of bold, dynamic, and beautiful curvy women at the famous "Fat Babe Pool Party," and some of them began to comment on the limited selection of plus-size fashion. An episode dedicated to how difficult it can be to find fashionable plus-size pieces that aren't limited to just a wrap dress or a one-piece bathing suit would be relatable to fans, and it would make sense for Annie's fashionable character. She has a broad taste, wearing anything from a sequined, rainbow dress to a muted overall dress with a striped shirt underneath. It would be great to see her search for quality, everyday plus-size looks.

Ruthie was one of Annie's coworkers at her old job, but she's full of boisterous one-liners worthy of any embroidered pillow. Lines such as, "Get down! There's someone getting actively dicked!" or, "God, either 69 or get out of my face," are examples of the panache she brings to the table. More Ruthie would be an excellent addition to the second season to balance out the deep content we know is coming our way after the lows that the first season ended on.