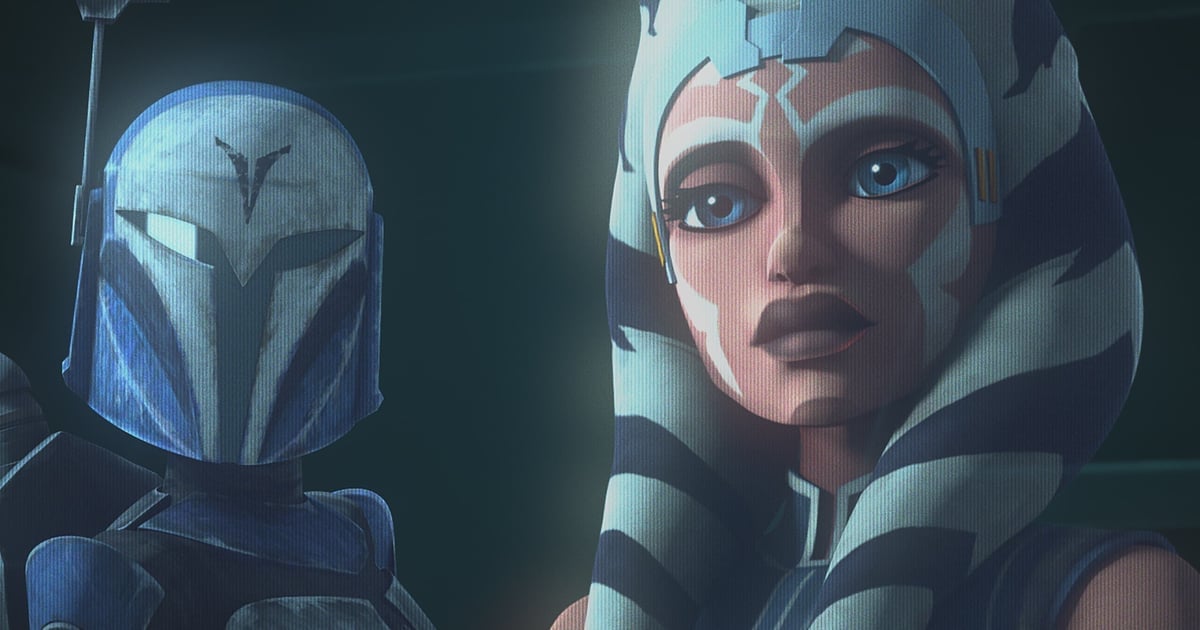 When Star Wars: The Clone Wars ended its TV run in March 2014, we were left with so many questions about the fate of some of our favorite characters. Starting Feb. 21, fans can make the jump to lightspeed into a galaxy far, far away again with the launch of season seven of The Clone Wars on Disney+. If you're new to the Star Wars saga or just want a quick refresher on where The Clone Wars fits in to the bigger Star Wars story, we have you covered. (Note, there are mild spoilers for seasons one through six of The Clone Wars here.)

The series takes place over three years between Star Wars: Attack of the Clones and Star Wars: Revenge of the Sith. Some of the same characters you see in the Star Wars prequels make appearances throughout the series, including Anakin Skywalker, Obi-Wan Kenobi, Mace Windu, Yoda, Jar Jar Binks, and Padmé Amidala. New characters are also introduced throughout the series including a padawan for Anakin, Ahsoka Tano.

One thing that Star Wars: The Clone Wars really centers around besides the galactic war going on is Anakin and his dark side tendencies. This is especially true in the later seasons as the dark side of the Force becomes more prevalent to the storyline. The series also takes a closer look into the life and love of Anakin and Padmé and how the Clone Wars affect them as a couple.

If you've watched The Mandalorian on Disney+ then you've seen the Darksaber, but that special lightsaber has roots in The Clone Wars. It was originally created by Tarre Vizsla, who was the first Mandalorian to become a Jedi. The saber would eventually be carried by Pre Vizsla, who was a leader of sorts for the terrorist group Death Watch. During a duel with Darth Maul, Vizsla is defeated and Maul is now the rightful owner of the Darksaber and the leader of Death Watch.

Fans of The Clone Wars will also recognize that some of the characters from the animated series make brief appearances in the larger Star Wars story. For instance, bounty hunter Aurra Sing and Jedi Plo Koon show up briefly in The Phantom Menace. Senator Onaconda Farr and Jedi Luminara Unduli can be seen in Attack of the Clones. Saw Gerrera, who first appeared in The Clone Wars gets an even bigger role in Rogue One: A Star Wars Story. Hondo Ohnaka is now working as a pirate and business man on Battu at Star Wars: Galaxy's Edge, which is set between The Last Jedi and The Rise of Skywalker. Lastly, Ahsoka Tano can be heard in The Rise of Skywalker when Rey hears the voices of the Jedi that have come before her.

We're sure that the final season of Star Wars: The Clone Wars will wrap up any burning questions we have about the series and the characters we've been following for so many years. If you haven't started watching The Clone Wars, take time to binge on the first six seasons before starting season seven. Even though each season is 22 episodes long, each episode is less than 30 minutes so it goes by quick! May the Force be with you.