The final season of the long-running Star Wars series The Clone Wars is officially on its way, and we don't have much longer to wait. After six seasons, the animated series is about to debut its final season — and its first season as a Disney+ original. Here's when you can expect to see your Star Wars favorites back on your screen one last time.

Disney+ dropped the official trailer for the seventh and final season of The Clone Wars, confirming in the video's caption that the season will begin on Feb. 21. If you're dreading the show's conclusion, there's at least a little bit of good news, too. CNET confirmed that the final season will be following in the footsteps of other Disney+ shows (most notably the most recent Star Wars entry, The Mandalorian) by releasing episodes on a weekly basis, rather than dropping them all at once. It looks like the weekly release model may be becoming the norm at Disney+; almost all of the shows it's released have chosen to return to the old-fashioned weekly model rather than the standard streaming binge-watch release.

The final season will have a total of 12 episodes and will reportedly finish closing up the narrative gap that it's been filling in since it first debuted in 2008. The series takes place entirely during the Clone Wars era, which is between the main-line Star Wars films Attack of the Clones and Revenge of the Sith (aka Episodes II and III). As such, its main villain is Darth Maul, the Sith lord who famously wields a double-bladed lightsaber, and its trio of protagonists include Anakin Skywalker (voiced by Matt Lanter), Obi-Wan Kenobi (James Arnold Taylor), and Ahsoka Tano (voiced by Ashley Eckstein). While Anakin and Obi-Wan are, of course, key players in the overall franchise, movie-only viewers have only met Ahsoka twice: once in the animated Clone Wars film that preceded the TV series, and again as one of the voices of Jedi past in 2019's The Rise of Skywalker.

Tom Hiddleston
Will Loki Be in "Thor: Love and Thunder"? Here's What We Know
by Amanda Prahl 5 days ago

TV
Director Meera Menon Wrote Bon Jovi a Letter to Use "Livin' on a Prayer" in "Ms. Marvel"
by Victoria Edel 1 week ago 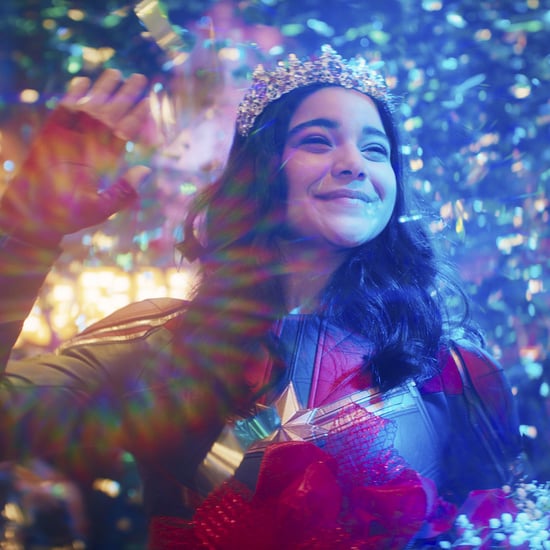