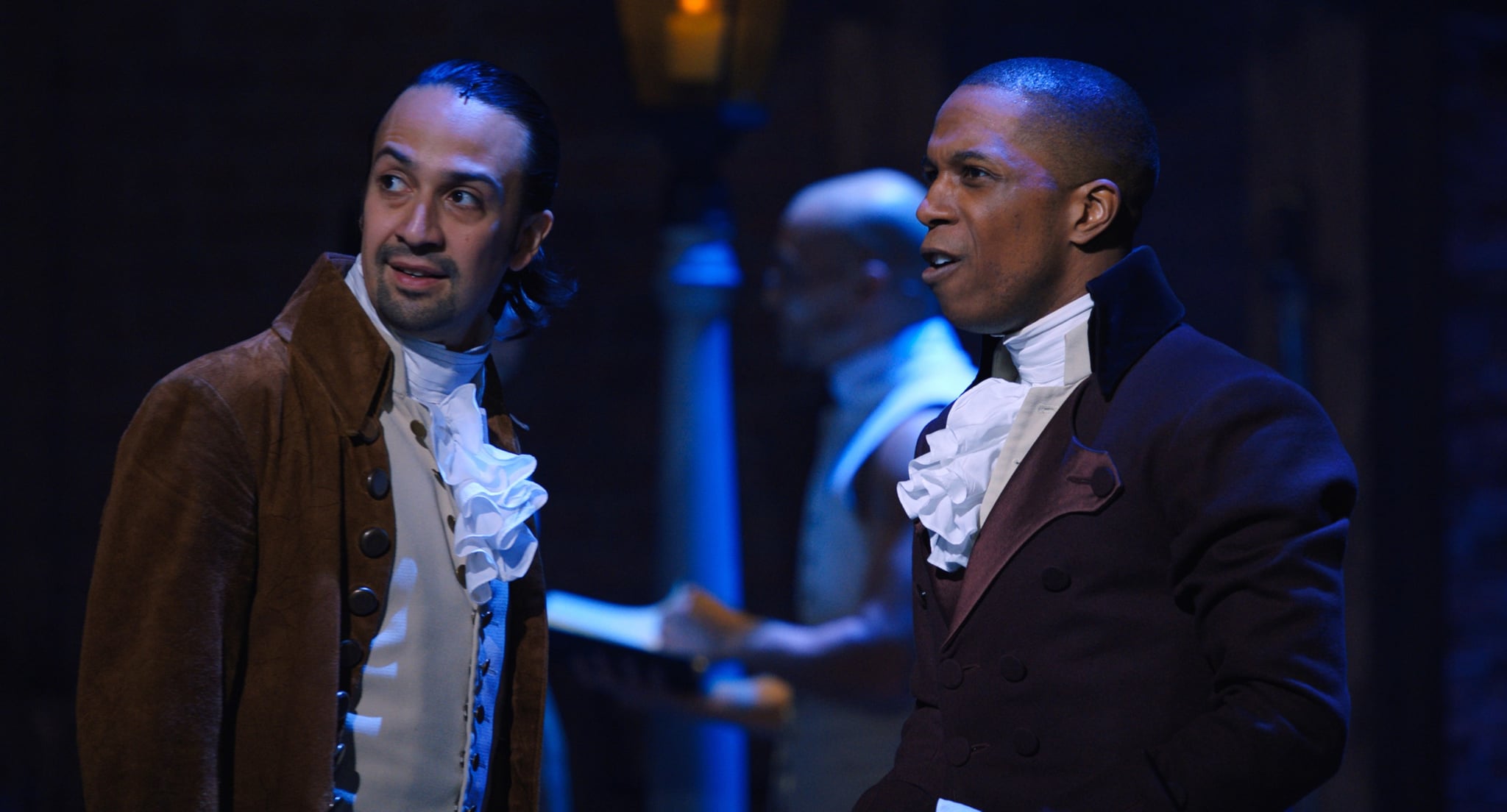 The Hamilton film, which hits Disney+ on July 3, isn't just a throwback to a reimagined version of the American Revolution: it's a throwback to the early days of the smash-hit musical. Although the movie is just being released now, it actually was filmed a few years back, fresh off the heels of its near-sweep at the Tony Awards.

According to a Deadline report at the time of the film's announcement, the Hamilton movie was filmed in 2016, over the course of three performances in the weeks before some of the original cast members departed the company. Playbill reported that the show was filmed live on June 26 and June 28 of that year; additionally, some segments were filmed again without an audience. This was done in order to allow cameras to capture different angles that wouldn't be possible to get without interfering significantly with a live performance.

The filming took place a couple of weeks before original stars Lin-Manuel Miranda, Leslie Odom Jr., and Phillipa Soo left the show, but they actually weren't the first original stars to leave. Jonathan Groff, who originated the role of King George III, had left the cast in April 2016 but returned for special performances for filming purposes. Miranda, Odom, and Soo departed the company on July 9. It is worth noting, however, that, technically speaking, the filmed version of Hamilton is not the full, original Broadway cast in the truest sense of the phrase: original ensemble member Betsy Struxness pointed out on her Instagram that she had already left the company when the movie was filmed and was not asked back (as Groff was) for filming.