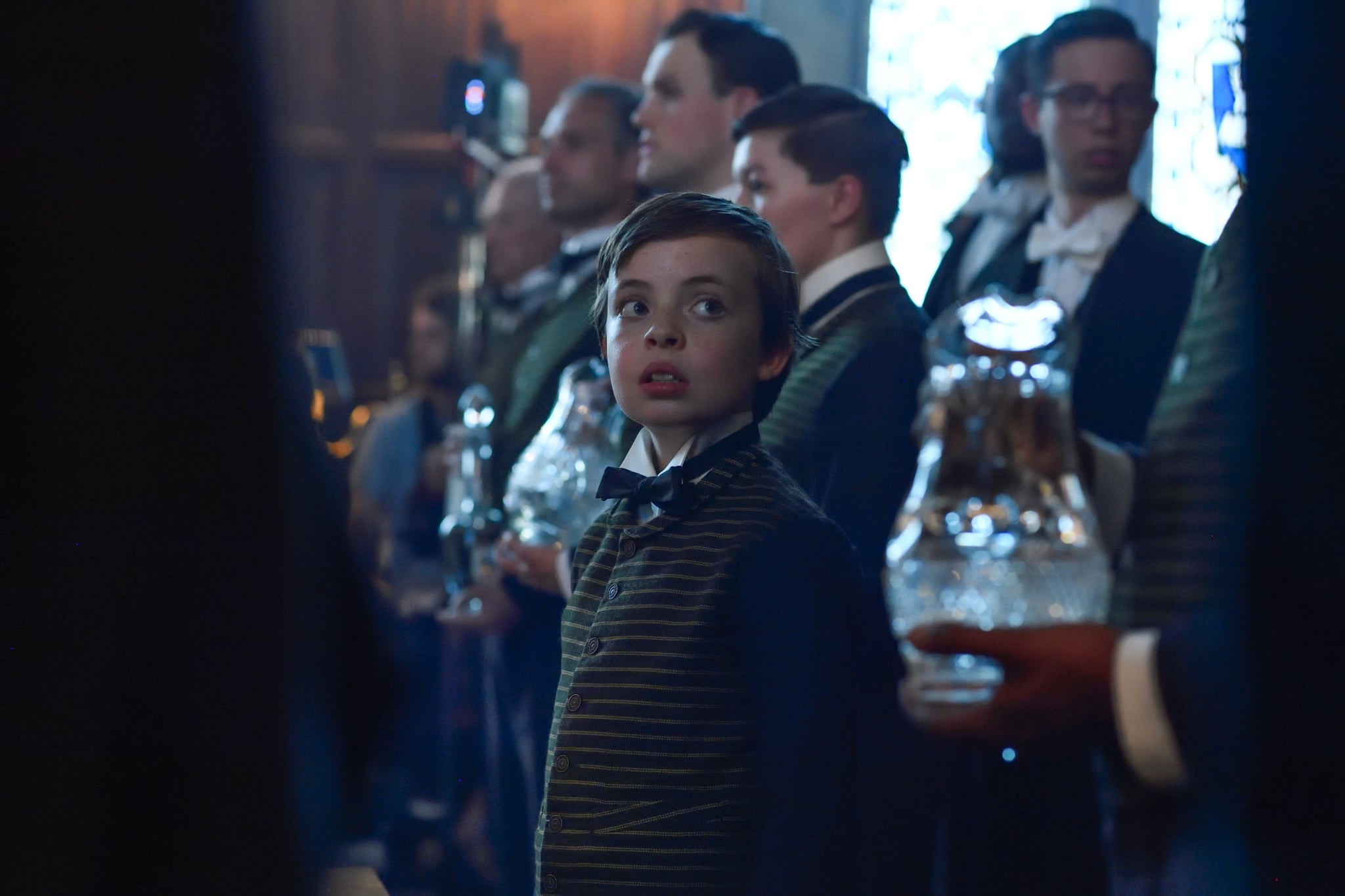 Warning: Spoilers for His Dark Materials ahead.

In the first episode of the BBC and HBO adaptation of Philip Pullman's His Dark Materials, we're introduced to the "gobblers," a group of mysterious adults who are said to be taking children in and around Oxford. We see the creepy-looking daemon of one of the gobblers in a couple of scenes, approaching unwitting children before abducting them. Billy Costa, a young Gyptian, is the first to go missing, though the Gyptian leader John Faa is later heard saying that a number of Gyptian children have disappeared. Toward the end of episode one, Lyra's friend Roger is taken the day before he's meant to travel with Lyra and Mrs. Coulter to London. Her desire to rescue Roger becomes the catalyst for Lyra's own journey.

But if it's been a while since you've read the books — or you never got around to it at all — you may be confused as to what exactly the gobblers are. In the book The Golden Compass, we get a much more in-depth explanation of these so-called child catchers. To Lyra and Roger, they begin as a myth, a story shared among the children of Oxford after news comes to the city that children are going missing around the country. They become a kind of folklore tale, a way of scaring each other, and the children even play games of gobblers with each other. But then, as children they know begin to disappear in and around Oxford, the whole thing becomes more real.

Though the name "gobblers" conjures up visions of creatures who steal children to possibly eat them, the truth is a little more simple (though no less scary). The name has evolved from the organization for which these people work: the General Oblation Board (GOB), a part of the Magisterium that is run by none other than Mrs. Coulter. This is why Mrs. Coulter's eyes widen when Lyra mentions the gobblers to her. You'd be wise to stop reading here if you haven't read the books!

Related:
Here's How His Dark Materials Relates to the Golden Compass Book and Film

Later in the story, Lyra discovers exactly what the General Oblation Board was created for, when she ends up captured and taken to its outpost at Bolvangar. The gobblers are experimenting with intercision, the act of separating a child from their daemon using a special guillotine. Their reasons for doing this stem from "dust," the mysterious elementary particles at the heart of the entire story. The Magisterium believes that dust is bad, and intercision stops a child on the precipice of adolescence from attracting dust. However, it can also be fatal. In The Golden Compass, Lyra encounters a young boy called Tony Makarios, who has undergone intercision and lost his connection to his daemon, Ratter. Though Lyra tries to rescue him, Tony eventually dies as he cannot calm himself without the presence of his daemon.

In the first episode of His Dark Materials, Billy Costa is seen calling his red squirrel daemon "Ratter," suggesting these two characters have been merged for the TV series, just as they were in the 2007 film The Golden Compass. This leads us to believe the fate of young Billy is set to be quite different in the TV series than the novels (where he escapes and is reunited with his family). Roger, meanwhile, has an even bigger part to play in the story, as any fan of the books will know.