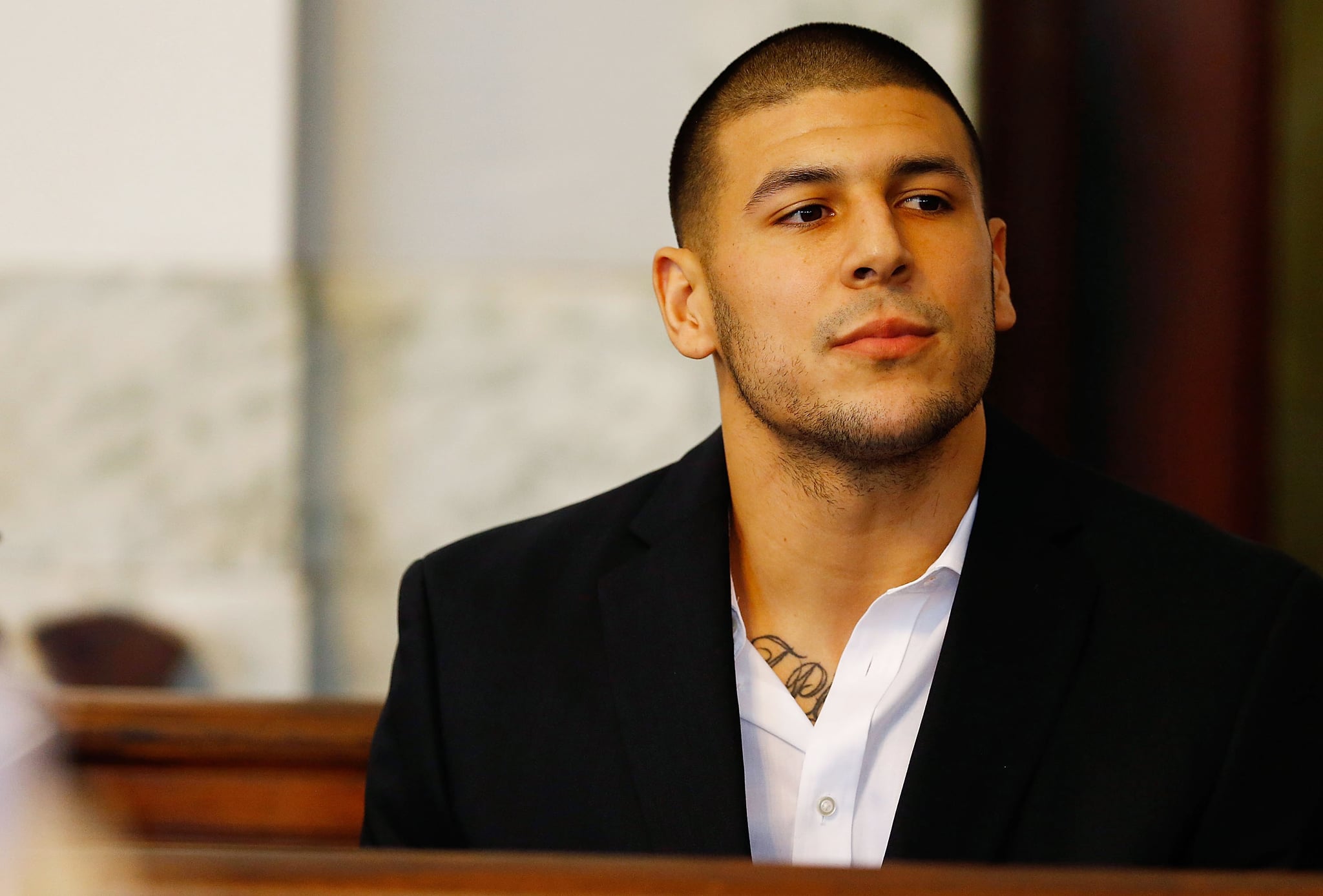 Even years after his death, Aaron Hernandez's transformation from an all-star tight-end player on the New England Patriots to a convicted murderer continues to baffle the world. In its latest true-crime foray, Netflix explores this shocking story in Killer Inside: The Mind of Aaron Hernandez. Just shortly before Hernandez made headlines for the chilling murder of his friend Odin Lloyd in 2013, he had signed a five-year contract extension with the Patriots worth $40 million. But Hernandez wasn't associated with just one killing. Here are all the deaths linked to the once-celebrated football player, some occurring even before the notorious deal.

On June 26, 2013, Hernandez was arrested for the murder of Odin Lloyd, a semi-pro football player who was his friend as well as the man dating his fiancée's sister. On June 17, a jogger found Lloyd slain with multiple gunshot wounds at an industrial park near Hernandez's home. Lloyd was last seen alive around 2:30 a.m. the same day, leaving with Hernandez and his friends in a rented Nissan Altima. In 2015, Hernandez was found guilty of first-degree murder and sentenced to life in prison without the possibility of parole.

About a year before Lloyd died, Daniel de Abreu and Safiro Furtado — two immigrant cleaners from Cape Verde — were gunned down in Boston during a drive-by shooting in July 2012. At the time, there was no immediate connection to Hernandez. After Lloyd's death, officials linked the football player to this case.

Alexander Bradley, a former friend, claimed that Hernandez shot him in the face after an argument at a Miami strip club and warned him not to say anything about the murders. Prosecutors believed Bradley to be a witness — he testified that Hernandez had been angered that de Abreu had spilled a drink on him. Bradley later filed a lawsuit against Hernandez, who eventually settled in 2016. In 2017, Hernandez was then acquitted of the double murder. His defense team, which included celebrity attorney Jose Baez, argued that he was targeted because he was an NFL player.

In Dylan Howard's 2019 book Aaron Hernandez's Killing Fields, Kyle Kennedy, Hernandez's former cellmate, claimed that Hernandez had joked about a fourth murder. According to the book, Hernandez allegedly hired people to kill Lloyd, but they unintentionally killed Jordan Miller, a man who looked like Lloyd. Miller was shot and killed in Boston at Hyde Park in June 2013, and the circumstances of his death remain a mystery.

Hernandez eventually took his own life. On April 19, 2017, the former football player was found hanged in his cell at 3:05 a.m. — just days after his acquittal for the double murder. After his death, Boston University researchers looked at his brain and diagnosed him with advanced chronic traumatic encephalopathy (CTE), a degenerative brain disease often associated with football players who sustain repeated blows to the head. Resulting in the loss of brain tissue, CTE is linked to symptoms such as aggression, memory loss, poor impulse control, and a range of other mental-health problems. Hernandez was 27 at the time of his death. When researchers studied his brain, they said that they had never seen such severe damage in a brain younger than 46 years old. While there's no way of knowing for sure, this condition likely contributed to Hernandez's behavior over the years.