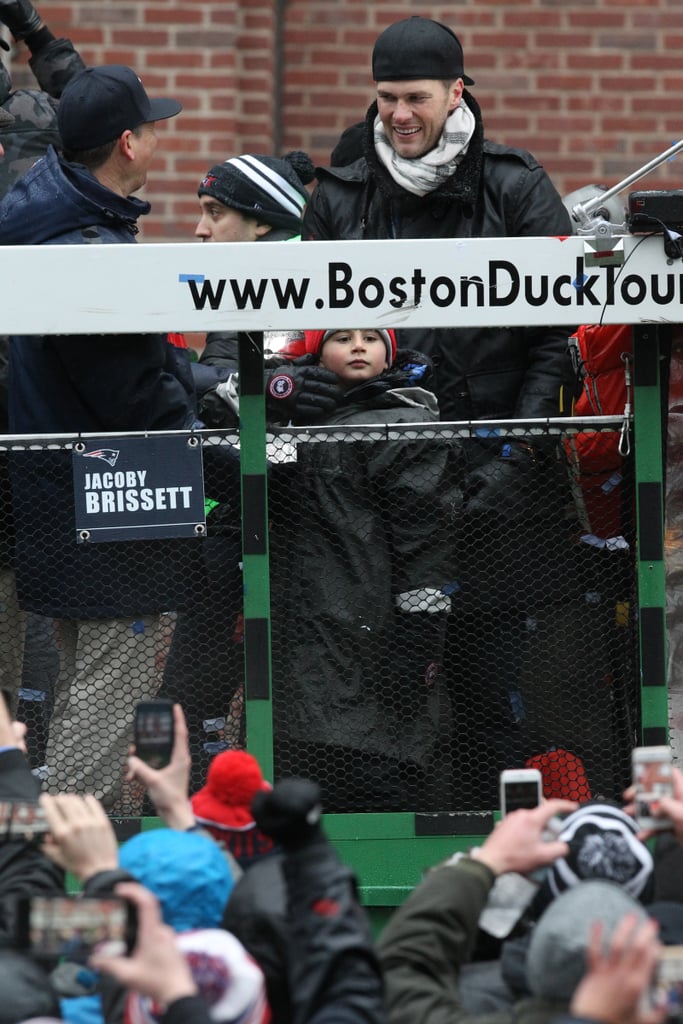 Tom Brady made history on Sunday when he racked up his fifth Super Bowl win with the New England Patriots, and on Tuesday, the team returned home to Boston, where they celebrated at their victory parade. Of course, the spectacle was intended to celebrate Tom and the Patriots, but it was his son, Benjamin (whom he shares with wife Gisele Bündchen), who ended up stealing the show with his cute antics. While riding on one of the duck boats, Benjamin busted out his best dance moves and hit the dab as his dad waved to nearby fans. Benjamin may only be 7 years old, but he's already breaking hearts.