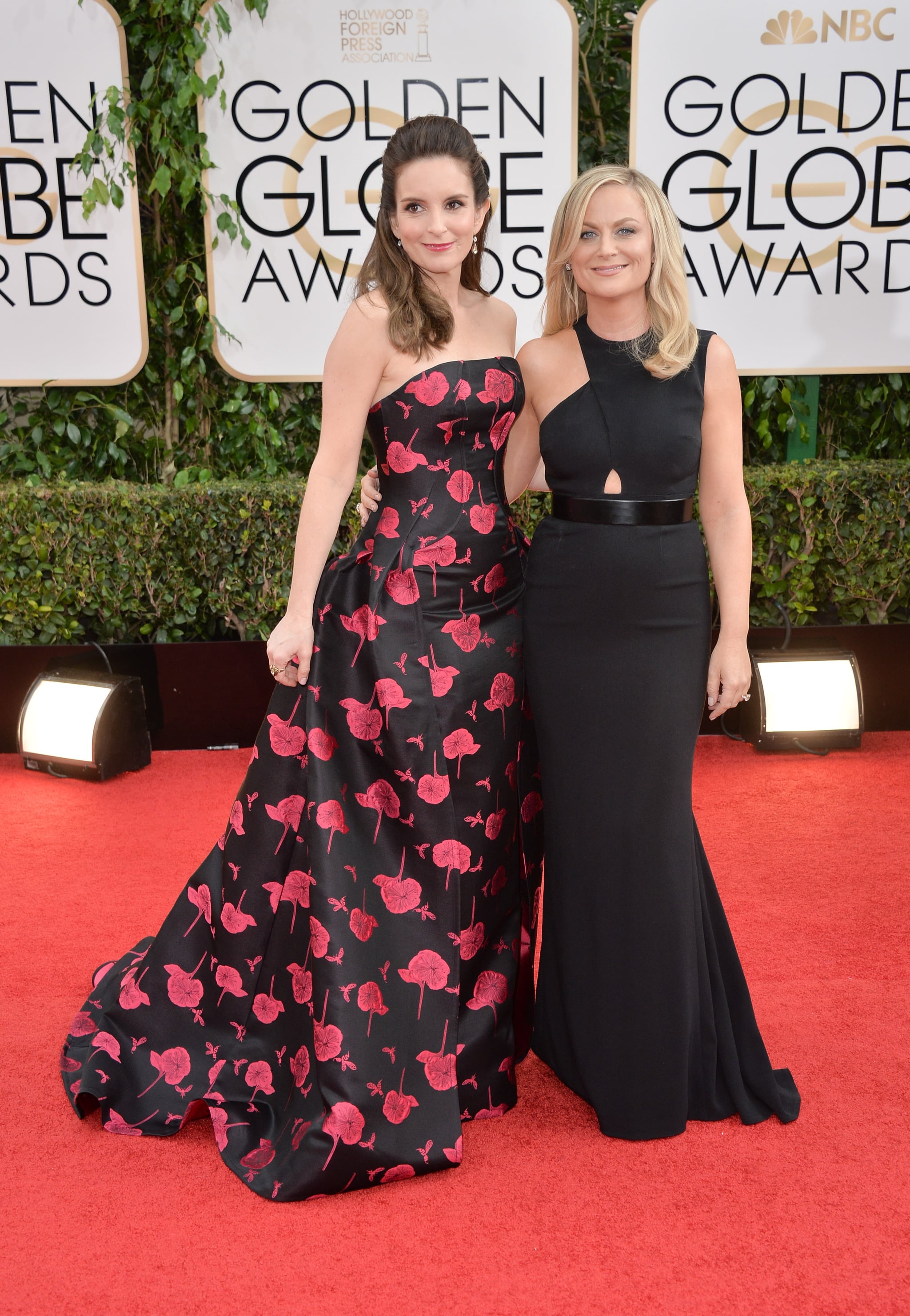 This year's Golden Globes just happened, but we're already looking forward to the annual ceremony in 2021. Why? Because our favorite comedy pair, Tina Fey and Amy Poehler, are set to host! That's right, the Saturday Night Live and Wine Country stars are hitting the Golden Globes stage again, and it's sure to be a blast. "There's no denying that Tina and Amy's comedic chemistry is infectious," Hollywood Foreign Press Association president Lorenzo Soria said in a statement. "We can't wait to see the dynamic duo return to the Golden Globes stage."

Fey and Poehler co-hosted the coveted award show three years in a row, from 2013 to 2015. They were widely praised for their onstage quips, witty jokes, and electric dynamic. The ceremony was subsequently hosted by Ricky Gervais in 2016, Jimmy Fallon in 2017, and Seth Meyers in 2018. Gervais served as host again for this year's show, where he delivered a rather unforgettable monologue. Given Fey and Poehler's Golden Globes history, we have a feeling next year's event will also be indelible.

by Lindsay Kimble 24 minutes ago