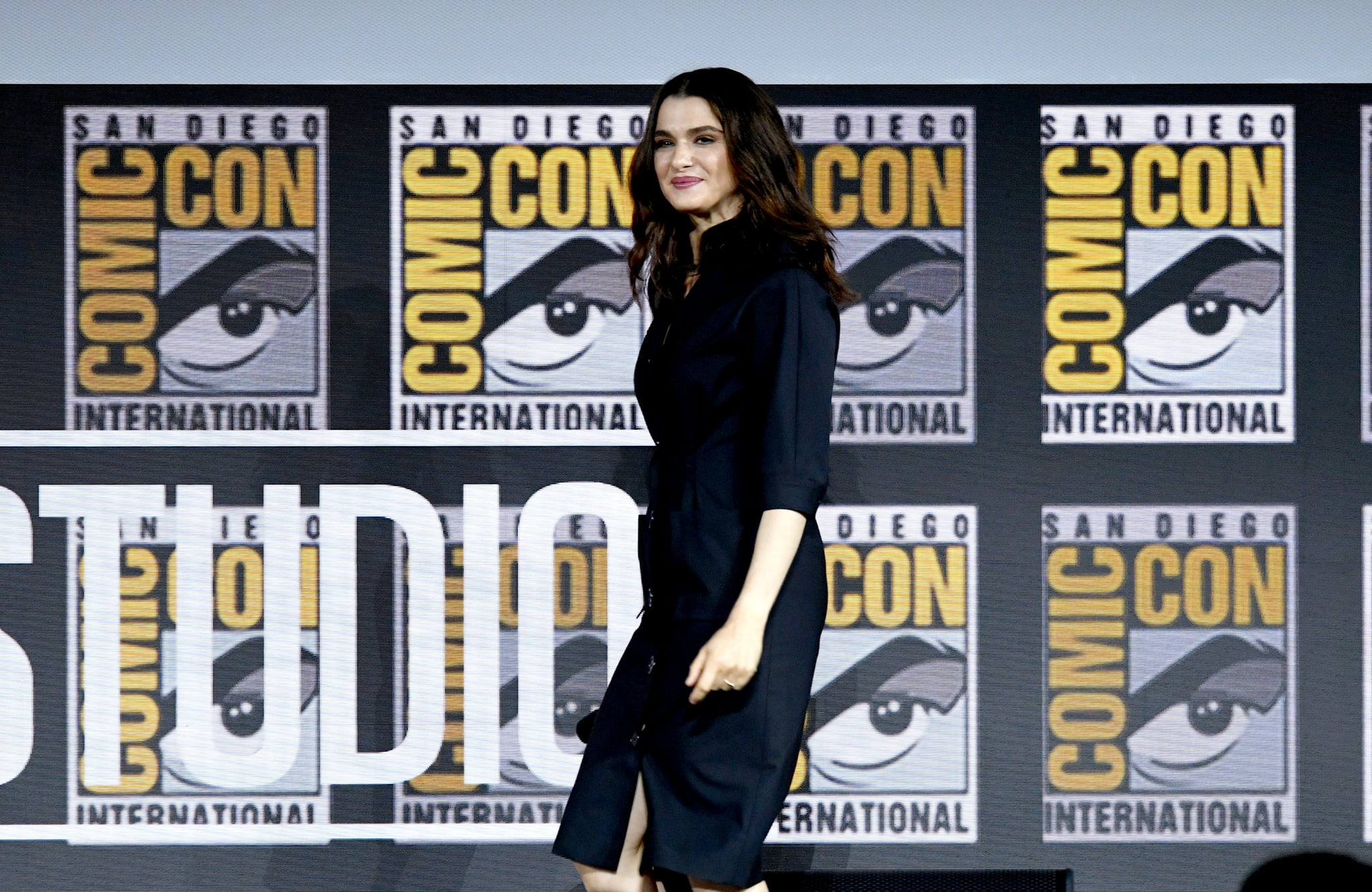 Black Widow is introducing a ton of new characters, including Melina Vostokoff. Played by Rachel Weisz, Melina is one of Natasha Romanoff's former "colleagues" from the Soviet Black Widow program, where they, along with many other women, were trained to be master assassins and spies. The first trailer seems to show Melina as a friend or at least an ally to Nat, but readers of Marvel comics know we should be very wary.

In the Marvel comics, Melina Vostokoff is far from a friend to Natasha — in fact, she's one of her major enemies. A Russian assassin under the alias Iron Maiden, Melina holds a particular vendetta against Natasha, who she feels overshadows her in every way. The official Marvel website describes exactly how far she's willing to go to pursue her hatred of Nat:

A Russian espionage agent, Iron Maiden (Melina Vostokoff) despised legendary Russian spy-turned-defector the Black Widow (Natasha Romanoff), in whose shadow she lived. Becoming a freelance agent, Vostokoff was one of several — including Black Lotus, "Deadshot" Darrance, N'Kama, Kono Sanada, and Snapdragon — hired to assassinate the Widow. In an en masse assault, Iron Maiden outlasted the others and nearly overpowered the Widow but fled when James Woo arrived with a SHIELD squadron.

The trailer for Black Widow seems to present this version of Melina as one of Natasha's "sisters," or fellow graduates from the Black Widow "school" at the Red Room. In an interview with Entertainment Weekly at Comic-Con, Weisz revealed another tidbit about this version of Melina: not only has she been through the Black Widow program like the others, but she's gone through it five times, for unknown reasons. Plus, there's this: "She's also deeply involved in a scientific experiment which I cannot tell you about because it's part of the story we can't talk about." Weisz's spoiler-aware revelation certainly suggests there's more to Melina than meets the eye and that, in all likelihood, that "scientific experiment" is part of a twist that might take Melina and Natasha from the allies they first appear to be to the enemies they are in the comics.