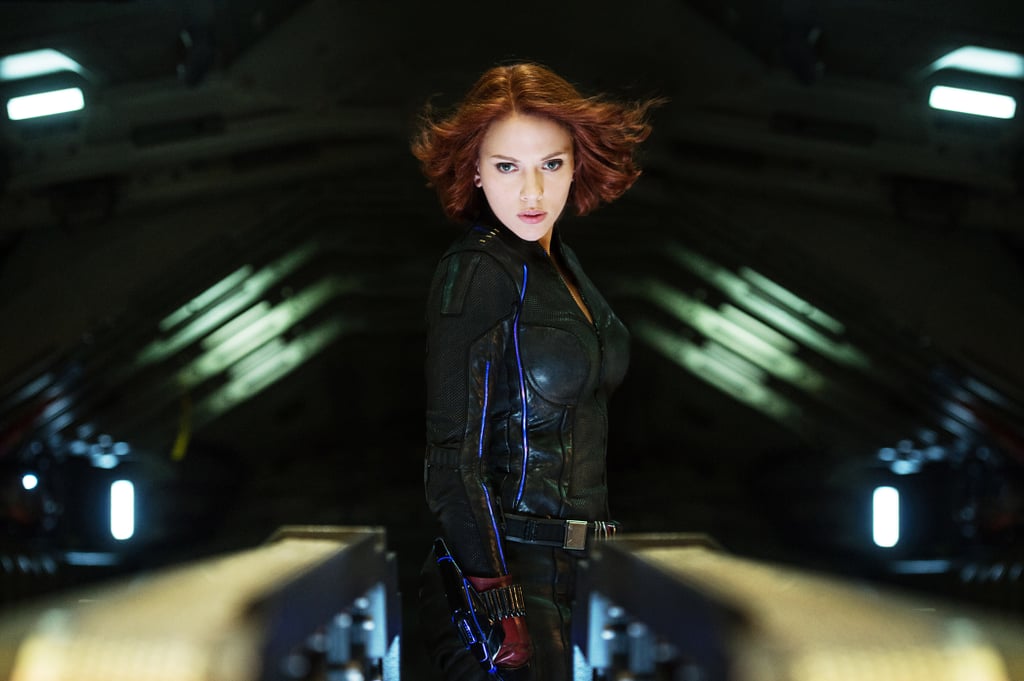 It's official: Black Widow is getting her own standalone Marvel film! This is exciting news, especially because a majority of the heroes in the core Avengers group — specifically Thor, Iron Man, and Captain America — have multiple stand-alone films. (Even Spider-Man is on his second big-screen outing!) After the arrival of similarly more inclusive projects from the comics juggernaut, like the female-led Captain Marvel and the groundbreaking Black Panther, the world is more than ready to see Scarlett Johansson in action all by herself.

Of course, she won't be totally alone — Marvel is already narrowing down a number of actors to join her in the film. Stranger Things and Hellboy star David Harbour is joining Johansson, as well as Fighting With My Family actress Florence Pugh. Fresh off her Oscar-nominated role in The Favourite, Variety reports that Rachel Weisz is "circling a key role" as well.

Information about any of their characters is still being kept under lock and key, but Cate Shortland, director of the Nazi drama Lore, will helm the film when it kicks off production in London in June. In the meantime, check out the cast ahead!

Related:
The Hellboy Reboot Has a Brand New Trailer, and Someone Wicked Is Raising Serious Hell
Previous Next Start Slideshow
Scarlett JohanssonMoviesMarvelBlack Widow

Movies
House of Gucci Isn't Streaming Yet — But It Probably Will Be Soon!
by Hedy Phillips 2 hours ago