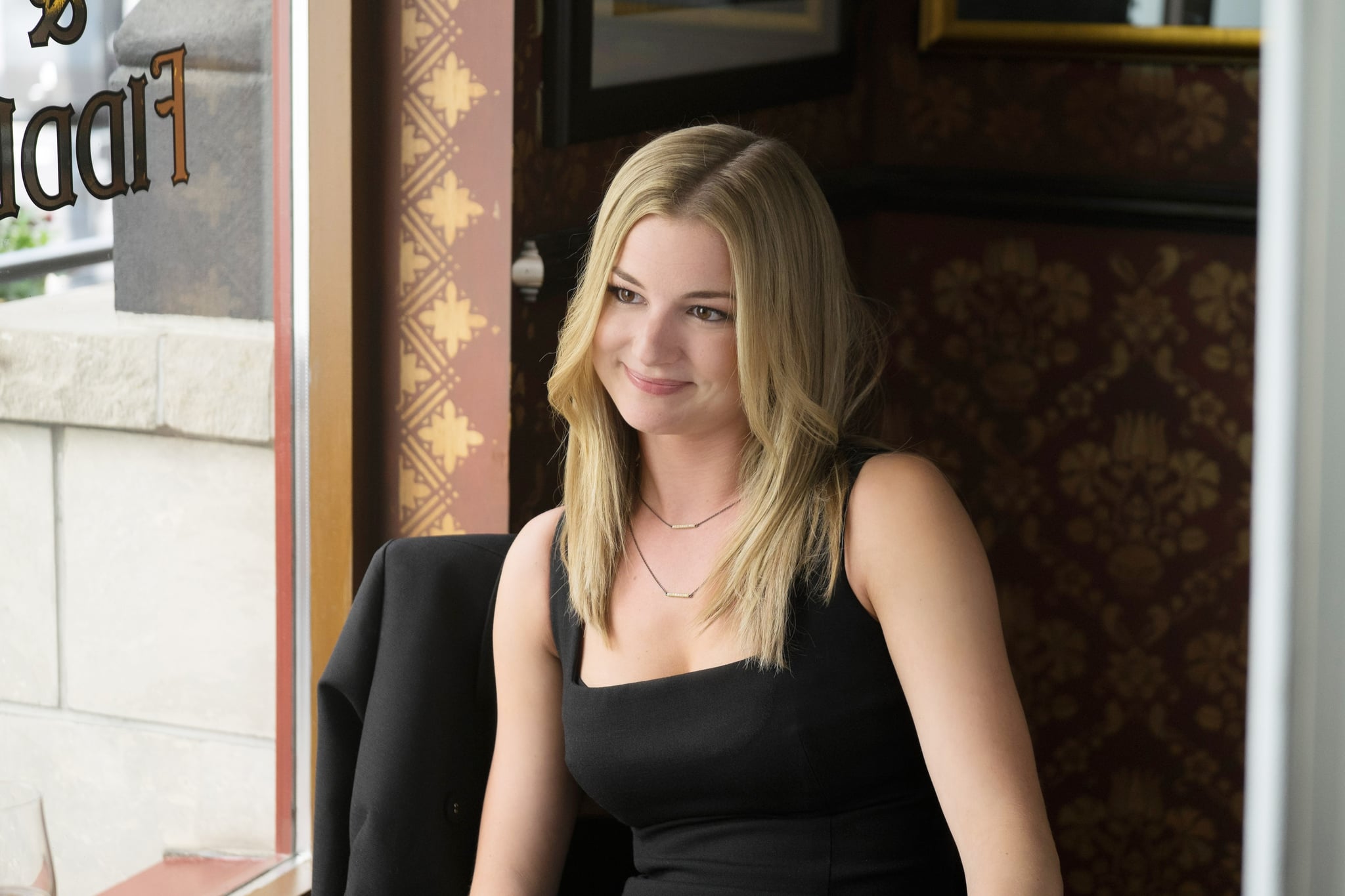 One of the best moments in the trailer for The Falcon and the Winter Soldier isn't even about either of the title characters. It's the moment when Sharon Carter (Emily VanCamp) emerges from the shadows before delivering a major smackdown to some baddies. Sharon has been one of the most overlooked Marvel characters since her debut several years ago, and we couldn't be more excited to see her getting a chance to do more.

Sharon first appears in Captain America: The Winter Soldier, where she's introduced as a neighbor with whom Steve Rogers has a light flirtation, before being revealed as "Agent 13," aka the S.H.I.E.L.D. agent assigned to keep tabs on Captain America. Her strong moral compass and her bravery are quickly established as she helps to fight off the HYDRA uprising within S.H.I.E.L.D., before leaving for the CIA after S.H.I.E.L.D. is mostly dismantled.

She reappears in Captain America: Civil War, again as an ally and love interest to Steve. At Peggy Carter's funeral, Sharon reveals her real name and identity to Steve: she's Peggy's great-niece. When the Avengers split into factions over the Sokovia Accords and the return of Bucky, Sharon again chooses to help Steve and his friends. It's Sharon who initially "processes" the confiscation of Steve and Sam's superhero equipment, and it's Sharon who allows them to listen in to Bucky's "interview" with a psychiatrist — actually the villain Zemo in disguise — prompting Steve to realize that something is wrong and Bucky was framed.

After trying to help Steve and the Avengers stop Bucky's escape, Sharon instead secretly releases their equipment (including Steve's shield and Sam's wings) so that they can head out in pursuit themselves. She briefly shares a kiss with Steve, which Sam and Bucky watch, amused, in the distance. Her story doesn't get much more screen time after that; we do later find out that she was among those "snapped" out of existence by Thanos and returned, five years later, through the efforts of the Avengers. Even though Steve is long gone, she's back to help her other allies, and we can't wait to see her get more screen time this time around!