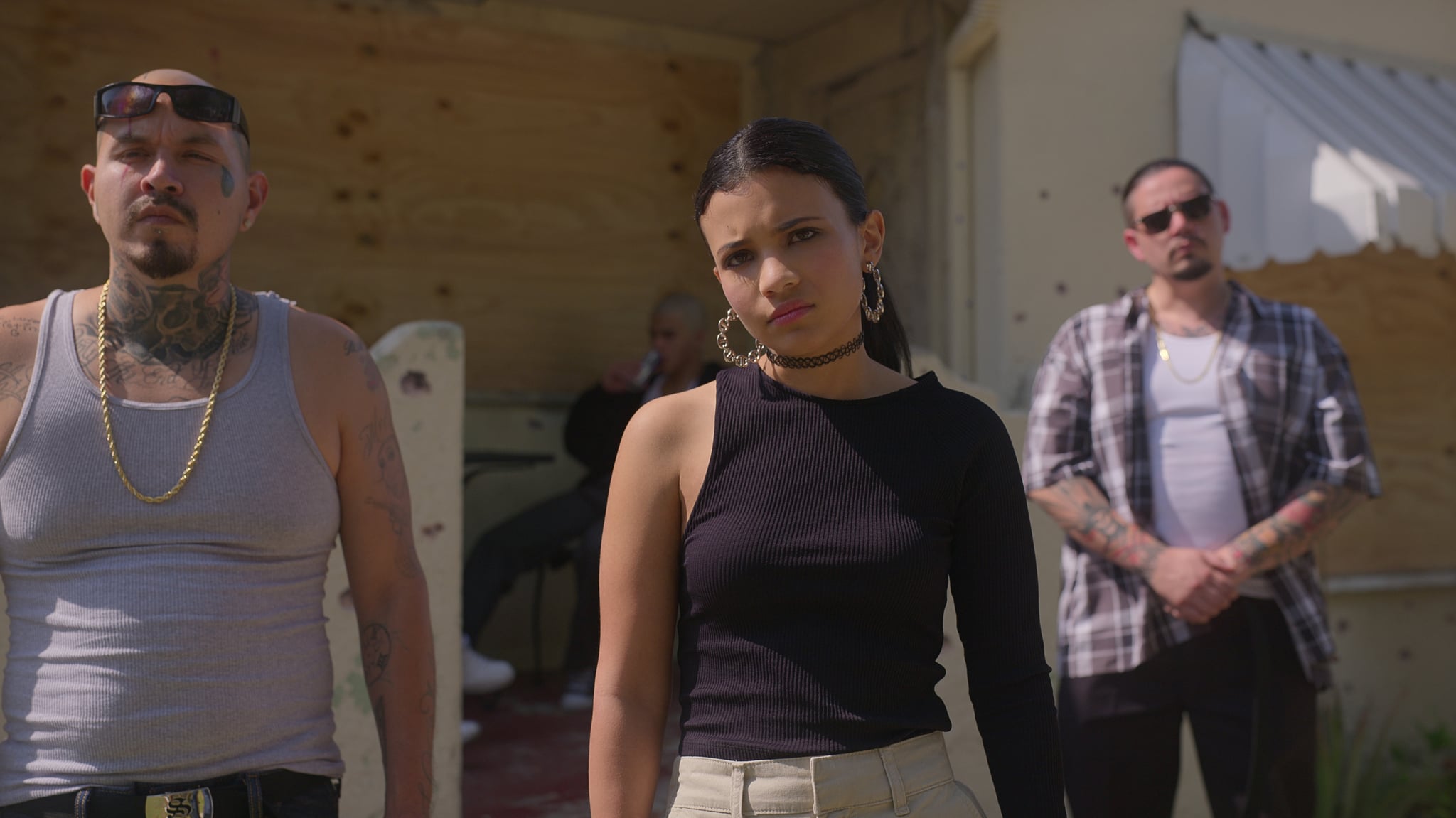 With On My Block's fourth and final season freshly airing on Netflix, the four friends we've followed since season one — Ruby (Jason Genao), Monse (Sierra Capri), Jamal (Brett Gray), and Cesar (Diego Tinoco) — are back to navigating their teenage years in the rough neighborhood they call home. Although we've known these faces for quite some time, season four introduces Vero (Nikki Rodriguez), Cesar's new girlfriend. Her existence, needless to say, rubs viewers the wrong way, not to mention Monse, who has a history with Cesar.

Despite their friction in the popular show, Rodriguez and Capri seem to be totally chill in real life. In fact, Rodriguez, who is fairly early in her acting career, has shared a number of pictures with her On My Block castmates, showing that she slotted into the show seamlessly.

Prior to nabbing this role, Rodriguez had small roles on Adam Ruins Everything and Speechless, not to mention a few short films. She also had the role of Sarah in the 2020 romantic comedy Back to Lyla, and her next project is a sci-fi movie slated for this year called The Uprising.

Besides her past roles, not much is known about Rodriguez at this early stage in her career, but if her Instagram is anything to go by, she definitely loves travel and adventure. She's shared pictures from places like Alaska and a big cliff in Big Sur, CA. She also seemingly does her own stunts! She shared a video last year from kickboxing and hashtagged it with "stunt." Sandwiched between these glimpses of her life are even more gorgeous pictures of Rodriguez from the past year, but there's only photo from before 2020, and it's a selfie from 2016.

Rodriguez definitely made an impact with her role on On My Block, and while she's relatively unknown right now, she's an up-and-comer who surely has big things on the horizon.

by Sarah Wasilak 51 minutes ago