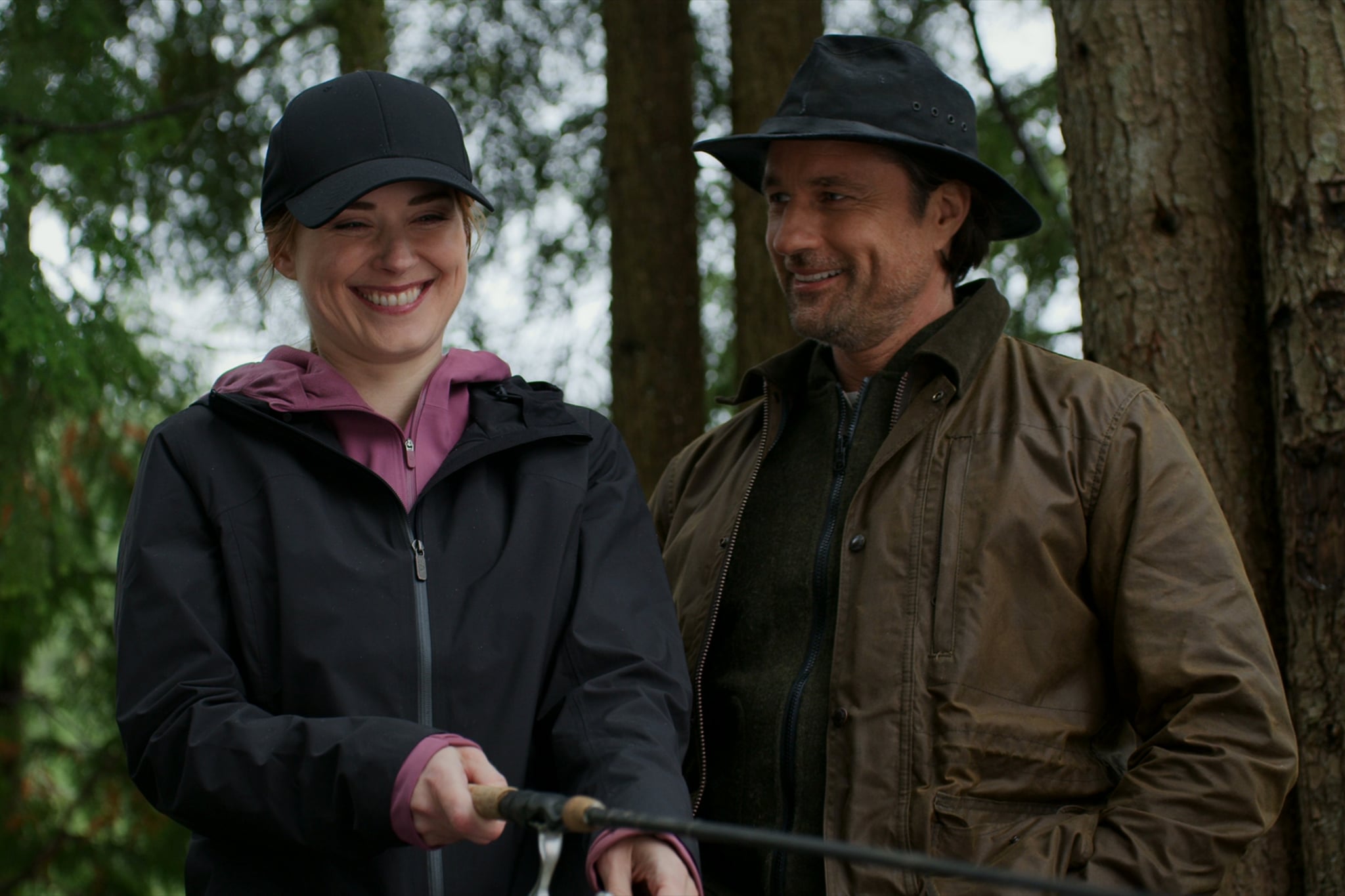 Virgin River dropped its captivating second season on Nov. 27, but it's the last episode that has everyone talking. After going back and forth with their romance all season, Mel (Alexandra Breckenridge) and Jack (Martin Henderson) finally admit they love each other in the season two finale, but it isn't without some heartbreak. As Mel returns to Jack's bar, she finds him shot and bleeding out on the floor.

Needless to say, we have a lot of questions after that cliffhanger ending. While Virgin River hasn't officially been picked up for season three yet, the books give us a good indication that Jack will be OK in the end. "If you have read the books, we all know that Jack and Mel are destined to be together," showrunner Sue Tenney teased in an interview with Parade. That being said, we're still curious about who shot Jack in the first place. While Tenney played coy about the shooter's identity, she did add that "not everything is as it seems." So, who exactly is the shooter? Keep scrolling for our top theories.

Calvin definitely seems like the most likely culprit right now. Earlier in the season, Jack messes with Calvin's drug operation in Virgin River, and at the end of the season, Jack learns that the cops are about to raid Calvin's construction site, where he has been peddling his drugs. It's possible that Calvin got word of this and hired someone to shoot Jack as payback.

It's also possible Brady, who served in the Marines with Jack, shot him. This season, Brady gets mixed up with Calvin's dirty business as he struggles to readjust to civilian life. Seeing how close he and Jack are, it's hard to believe that Brady would intentionally harm him, so it's possible Calvin forced him. After all, he does instruct Brady to kill someone earlier in the season. That could also explain why the shooter shot Jack in the stomach instead of a place that could easily kill him.

Did anyone else feel like something fishy was going on with Mike this whole season? The two served in the Marines together, but something tells us there's more than meets the eye with this cop. He's involved in every step of Calvin's takedown, meaning he also knows every one of Jack's moves. Perhaps he was leaking all of this information to Calvin? That could be why Tenney said "not everything is as it seems."