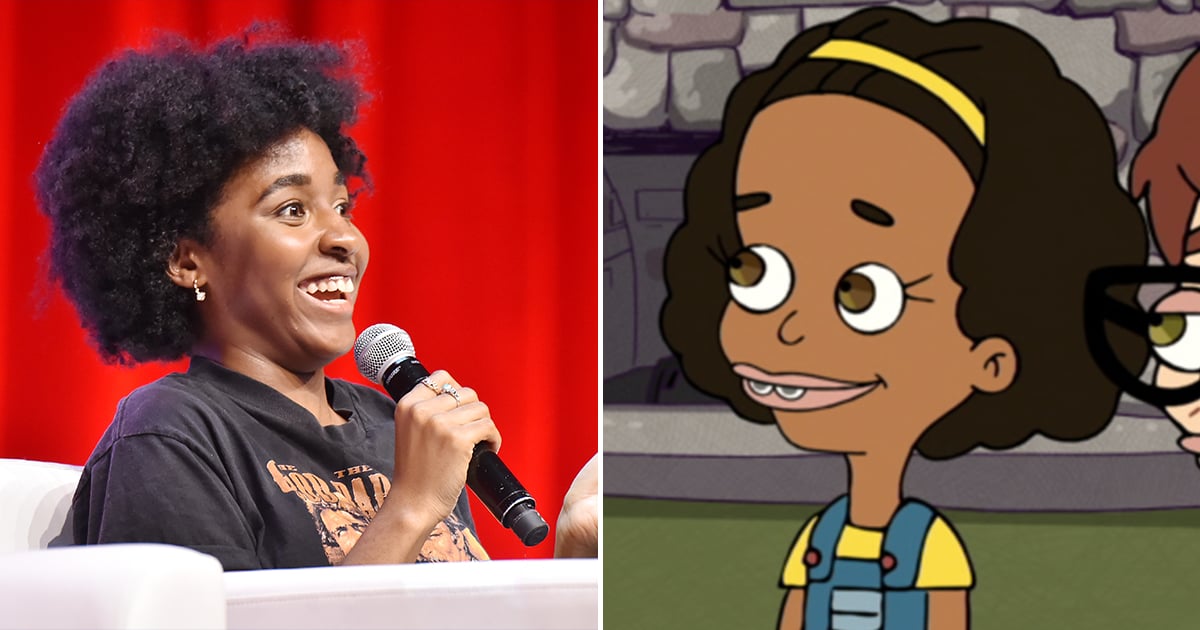 Netflix has officially recast the voice of Missy Foreman-Greenwald, two months after Jenny Slate stepped down from the role on Big Mouth. Writer, producer, comedian and actor Ayo Edebiri has been tapped to replace Slate, and as Variety reported, the actress booked the role "just a few weeks ago."

"I was definitely a very uncomfortable child, so I think the show speaks to that and a lot of those feelings, which still resonate with me as an adult," Edebiri told Variety. "I'm back home in my childhood bedroom right now and on my bookshelf in between A Series of Unfortunate Events is Bill Clinton's autobiography and Nelson Mandela's autobiography and a translation of The Iliad in Latin. I was a true dork. So I don't think I have to go too far to connect with Missy."

Related:
White Actors Have Quit Voicing Black Characters They Shouldn't Have Played in the First Place

Slate revealed her intention to depart from the role of Missy on June 24, explaining through an Instagram post that when she began the show, she thought it was reasonable to voice Missy because the character's mom is white and Jewish, which the actress is herself. "But Missy is also Black and Black characters on an animated show should be played by Black people," she wrote. "I acknowledge how my original reasoning was flawed. It existed as an example of white privilege and unjust allowances made within a system of societal white supremacy, and that in me playing Missy, I was engaging in an act of erasure of Black people."

"It's about Missy's continued evolution as a person — that she has all of these different parts of who she is."

Edebiri originally booked a job in Big Mouth's writers' room, which she admitted helped with her comfort level when it came to officially stepping into the recording booth. She worked on the upcoming fourth season of the series, which hasn't been given a release date yet. While Edebiri was originally meant to take on the role in season five (the second of three seasons the show has already been renewed for), series cocreator Andrew Goldberg explained how executive producer Jennifer Flackett found the perfect moment to introduce Missy's new voice earlier than planned.

"By the time we made the decision to cast Ayo, we had finished all of season four and delivered it to Netflix," Goldberg said, explaining that the team didn't want Edebiri to redo Slate's season four dialogue and try to "match" what the latter already did. "That's not a way for her to make it her own."

Instead, Slate will voice Missy for the majority of the fourth season with Edebiri taking over in the penultimate episode. "It's about Missy's continued evolution as a person — that she has all of these different parts of who she is. There's the sidelines Missy and the more sexually adventurous Missy, mirror Missy, and then also this Missy that she's been discovering [in season four] through hanging out with her cousins and really taking a look at her Black identity," cocreator Nick Kroll described.

It was all about making the transition wholly organic for both the character and the audience. "The transition is a nice farewell to Jenny in that moment, too, in a way," Edebiri added, saying she wanted to pay "homage" to Slate's performance "while also bringing something new. The voice I found is also because of the work Jenny did, too."

The news comes a month after Central Park recast The Umbrella Academy's Emmy Raver-Lampman to voice the role of Molly Tillerman, following Kristen Bell's step down from the part.