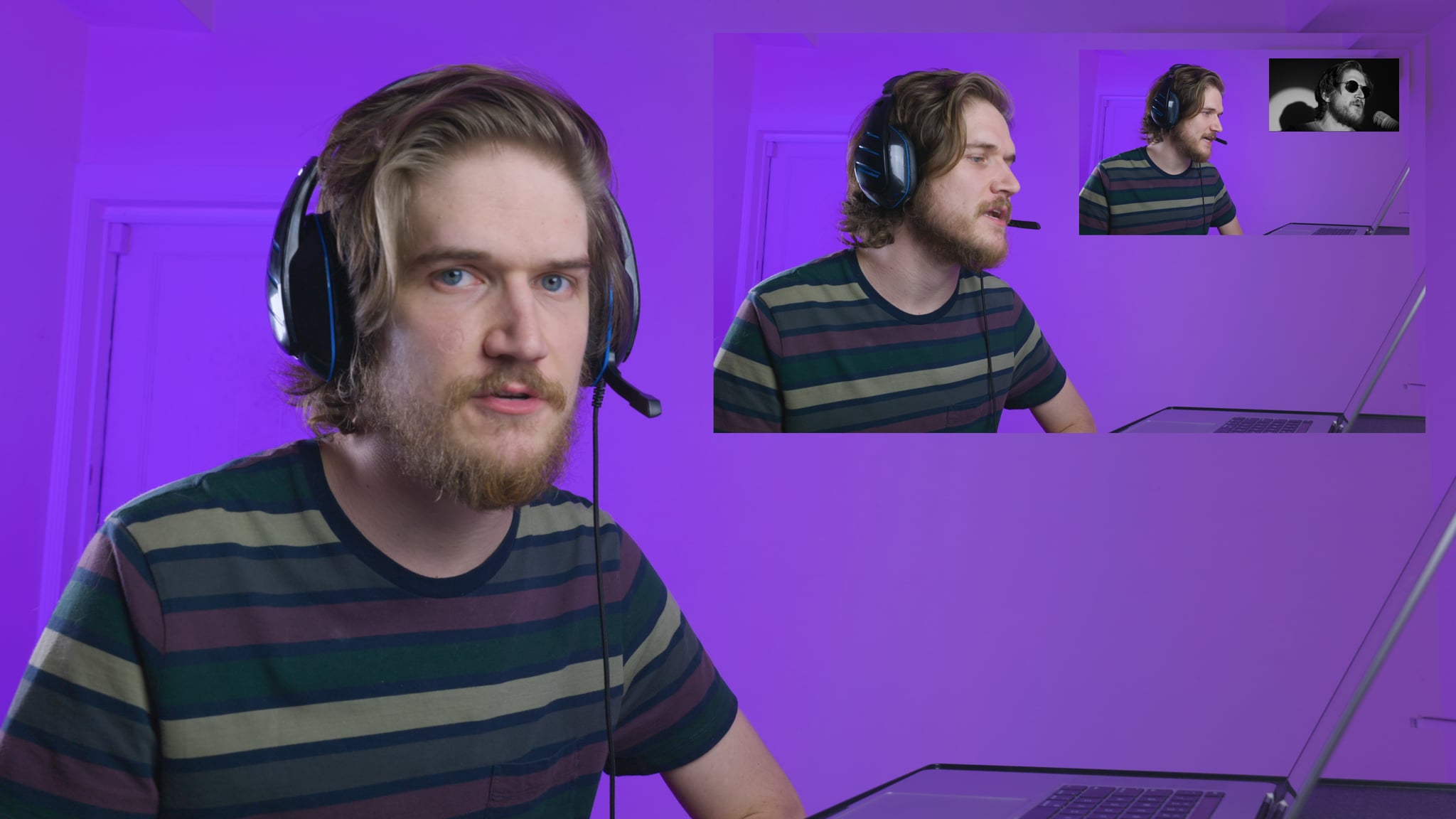 Bo Burnham's new comedy special, Bo Burnham: Inside, was released on Netflix on May 30, and I still haven't recovered.

Existing fans love Burnham for his stand-up specials, like Make Happy, and for writing and directing the award-winning dramedy Eighth Grade. His work has always had a touch of dark humor and cynicism, but Inside takes the cake for the most chaotic and depressing comedy special to hit Netflix. The transitions between songs and skits were jarring, he shot half the special in his underwear, and above all, it wasn't very ha-ha funny. But it was the perfect representation of the past year.

Through a calculated jumble of songs and skits, Burnham documents his thoughts over the course of a year, starting at the beginning of the pandemic. The entire special is written, filmed, and edited by Burnham, alone, in one room. The first half of the special is relatively normal Burnham-style comedy. He jokes about FaceTiming parents during isolation and sexting with emojis. He pokes fun at white people, capitalism, and the media. Though he's commenting on serious topics, like systemic racism and class inequality, there's still a lighthearted, self-deprecating air to the songs and skits.

But, right before the intermission, things get dark — like, really dark. This is where it morphs from a comedy special into a nihilistic documentary of self-awareness.

Warning: If the past year and a half has been traumatic for you and you're still recovering, I wouldn't recommend watching the last 45 minutes of Inside. Or, if you have to, at least go into it prepared for an overwhelming wave of pandemic emotions. Burnham covers anxiety and depression, with an emphasis on derealization.

He says in Inside that he took a five-year break from live performances because he suffered panic attacks on stage. In January 2020, he felt ready to go back. Then . . . well, you know what happened in March. For a lot of us making progress with our mental health last year, Burnham included, the pandemic was a big setback.

The special emphasizes the comfort of being inside, not having to fight off the depression and anxiety. Burnham discusses this feeling of safety in his song "Look Who's Inside Again." Other songs about anxiety and depression are "Shit," "All Time Low," and "All Eyes on Me." Burnham's songs become less silly and more ominous as the show progresses, and he includes clips of himself talking to the camera about his deteriorating mental health. He discusses suicide, and near the end of the show, he cries on camera for about 30 seconds.

The whole special jokes about how unreal and odd the world is, but in the second half of the special, Burnham really bears down on this idea. He performs a routine about wanting the world to be moved online, saying, "The outside world, the nondigital world, is merely a theatrical space in which one stages and records content for the much more real, much more vital digital space." He then sings "That Funny Feeling" about the idiosyncrasies of the modern world, like "a gift shop at the gun range, a mass shooting at the mall." And if that's not depressing enough for you, the final 15 minutes of the show get even more morose.

I watched Inside to take a break from the real world, just like I do with any other comedy special. I was not expecting to watch multiple clips of Burnham having actual mental breakdowns. But, the special still has the clever jokes and catchy songs fans expect and love, and Burnham's makeshift effects and lighting are jaw-droppingly impressive.

Inside has received a lot of attention, specifically on TikTok, where reactions to the show have thousands of views. One user said "That Funny Feeling" "ruined" her week. Another acted out his reaction. The overall consensus is that Burnham's special documents a common experience among Gen Z: having to deal with an increased awareness of all the world's issues — and our own issues — and feeling hopelessly powerless over any of it. Burnham produced something that accurately depicted over a year of history and emotions in an hour and 27 minutes. It's overwhelming, but if you can handle that, it's worth the watch.