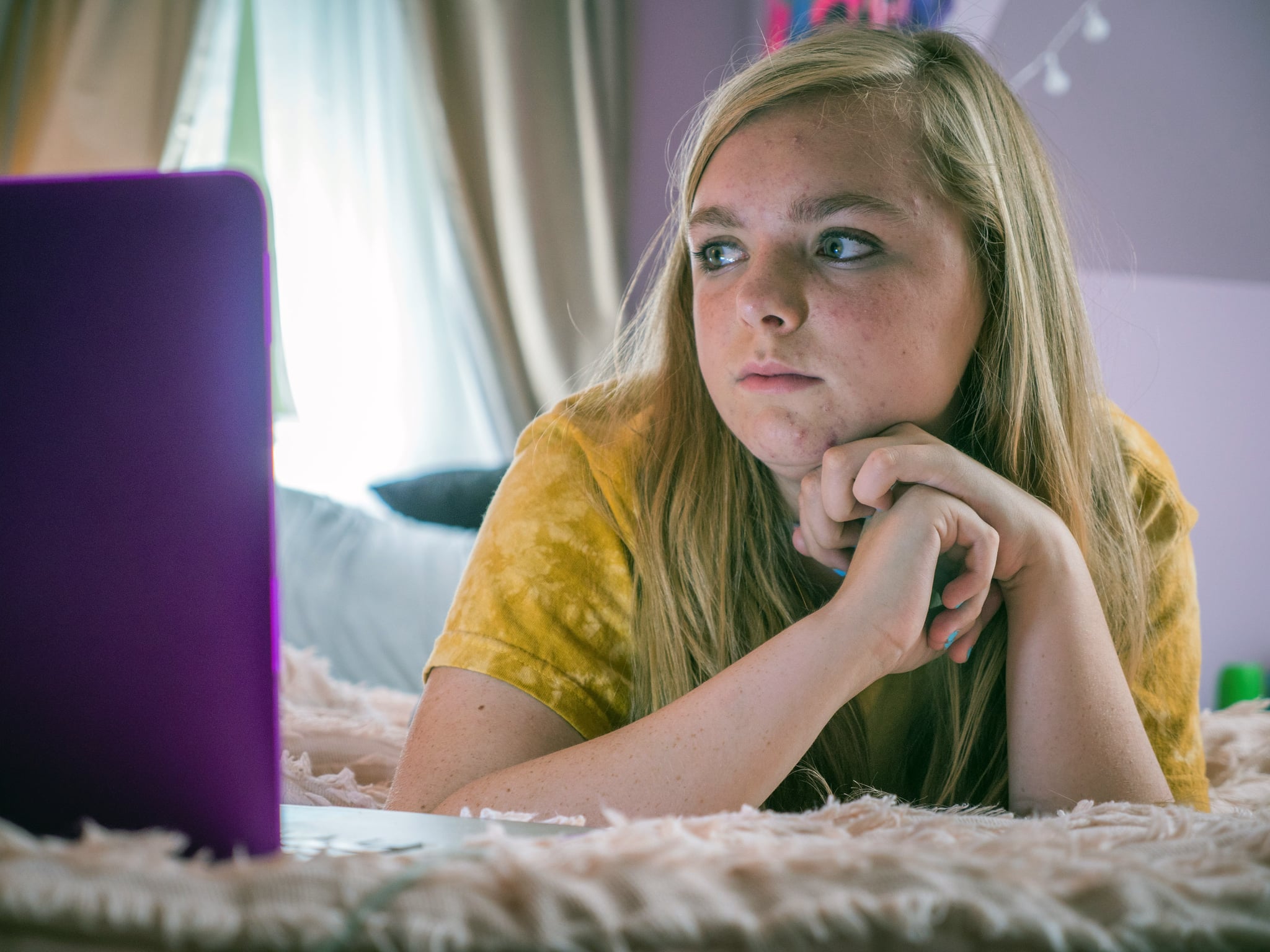 It's pretty rare to find a movie that will genuinely entertain both kids and parents alike. Sure, most moms and dads love the latest heartfelt Disney flick as much as the next kid, but finding a serious, nonanimated film that both parties can relate to? That's an entirely different story altogether.

But Bo Burnham's superbuzzy first feature film debut is the exception to the rule. Eighth Grade, a dramedy that follows Kayla Day (Elsie Fisher) through her last week of eighth grade, hits on everything from how hard it is to make friends to what it's like raising a daughter as a single father. Pair that story arc with a memorable soundtrack and characters you just want to hug, and you have a recipe for success.

The movie, which first appeared at the Sundance Film Festival, kicks off by introducing viewers to 13-year-old Kayla Day through a deadpan camera angle. From there, we get a bird's eye view of a week in the life of a quiet girl with big dreams for her high school career.

And although you may initially think a teen's crush on the popular kid at school or her love-hate relationship with her dad is nothing to write home about, Eighth Grade puts a refreshing and relatable spin on the challenges anyone who's survived puberty has experienced — and that your tween will soon go through themselves.

Eighth Grade hits limited theaters on July 13 in the US, and full-disclosure: you're probably going to want to buy tickets ASAP. And if you still need a few more reasons to see one of A24's latest projects (the company that brought you Moonlight and Lady Bird!), take a peek at the highlights below. 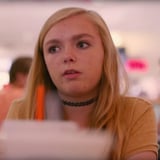 1. Your kids will be able to see themselves in Kayla, regardless of their gender.

From the outside, Kayla Day is just your average eighth grader who's trying to get through another day, but kids will be able to totally relate to her wavering self-confidence and her determination to stand out for all the right reasons. Parents will love her challenging journey toward self-improvement: she's desperate to shake her shy reputation and really pushes herself out of her comfort zone in an effort to make more friends. The bottom line is that Kayla's social struggles are universal to the teenage experience — and that makes her an especially captivating character.

2. It will transport you back to your most self-conscious teenage moments — and that's OK.

From the opening credits, viewers are immediately bombarded with an awkward monologue that screams "teenager." But oddly enough, there's something poetic about the hundreds of times Kayla utters "like" to get her point across. And anyone who's ever struggled to make friends will identify with her bashful attempts to chat with the popular girls at school, often to no avail. Will you cringe as a parent during these moments? Yes. But your kid will definitely feel less alone watching Kayla regularly navigate social settings she feels less-than-comfortable in, something they're likely familiar with.

3. You see just how much kids rely on their phones, and frankly, it's a little scary to witness, but valuable in understanding your own child's tech habits.

One of the biggest themes of the movie was just how much time every single character spent on their phone. In fact, it was rare to see Kayla without her phone in her hands. Whether Kayla was texting, listening to music during dinner, or scrolling through her Instagram feed, the movie alarmingly illustrated how most tweens use their phones as crutches in uncomfortable social situations and how much they're missing out on in the process. What's more? We also witness firsthand all of the issues courtesy of growing up the digital age, like underage kids sending naked photos to each other — bringing up topics you can address with your kids using the film as a reference. 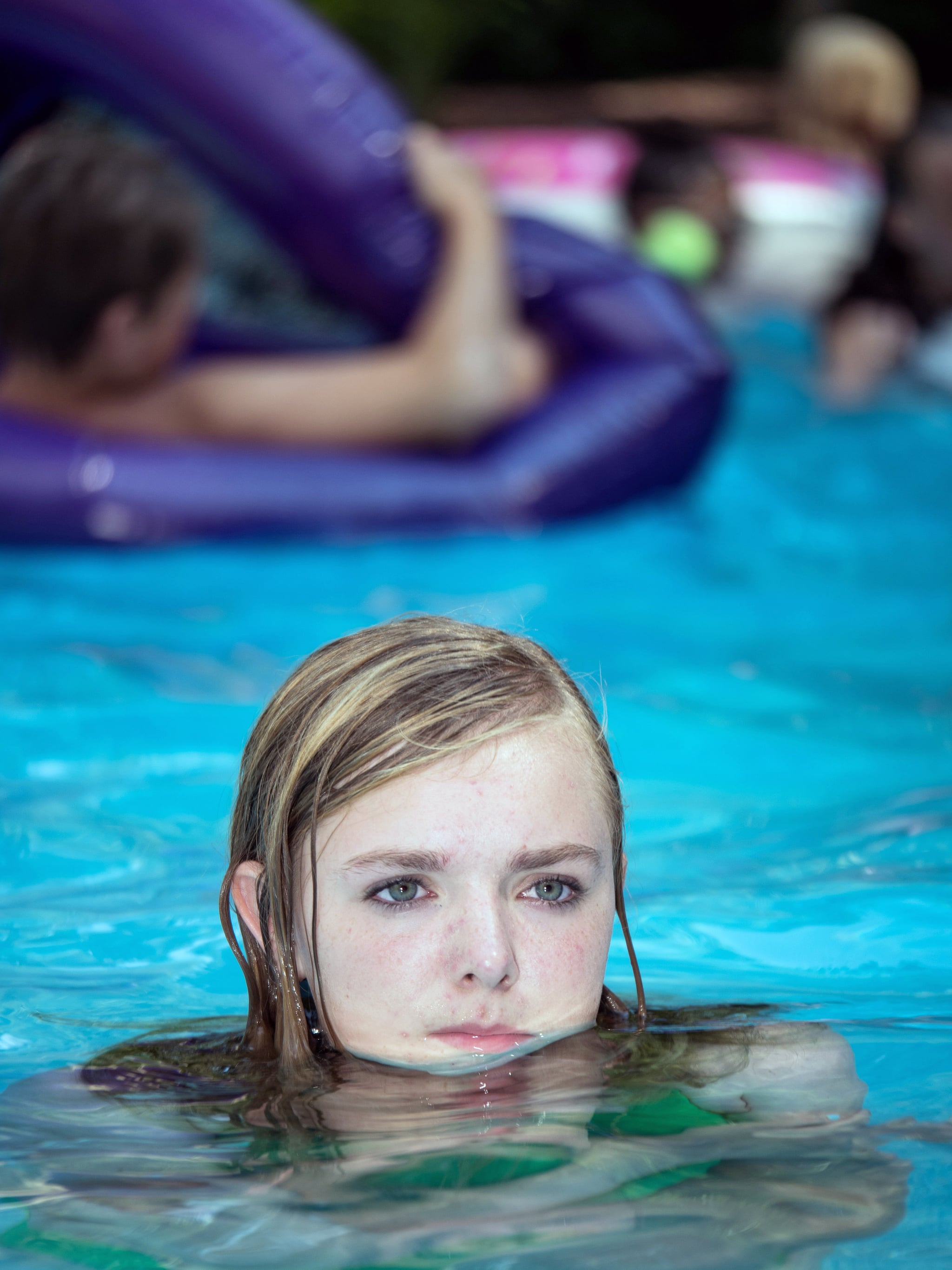 4. It normalizes that fact that every person on earth has body image issues at some point.

Kayla's insecurities about her own body ripple through the movie, but painting a candid picture of them makes the film refreshing. Like most girls her age, Kayla is experimenting with makeup and isn't exactly jumping for joy when she has to sport a bathing suit at a pool party. But who can blame her? We've all been there, and unfortunately, your tweens might be starting to feel a similar way due to societal pressures to look a certain way.

Related:
Before I Could Teach My Daughter to Love Her Body, I Had to Come to Terms With Mine

5. The soundtrack is amazing and totally adds to the movie-watching experience.

Getting a hard blast of EDM music in the first few minutes will definitely catch you off guard, but as the movie goes on, the soundtrack proves totally fitting. Remember what it was like laying eyes on your middle school crush in the hallway? You're going to wish this spot-on soundtrack was around to play in your head during those very moments.

6. It will make you realize just how intense active shooter drills have become for our kids' generation.

Eighth Grade strives to give the audience an accurate depiction of what it's like to be a teen in the US, and in this day in age, that includes disturbingly lifelike active shooter drills. If you haven't experienced one of these simulations firsthand, you'll definitely be taken aback at how true-to-life they are — from a man entering the building dressed in all black and with an automatic weapon in hand to the fake blood. 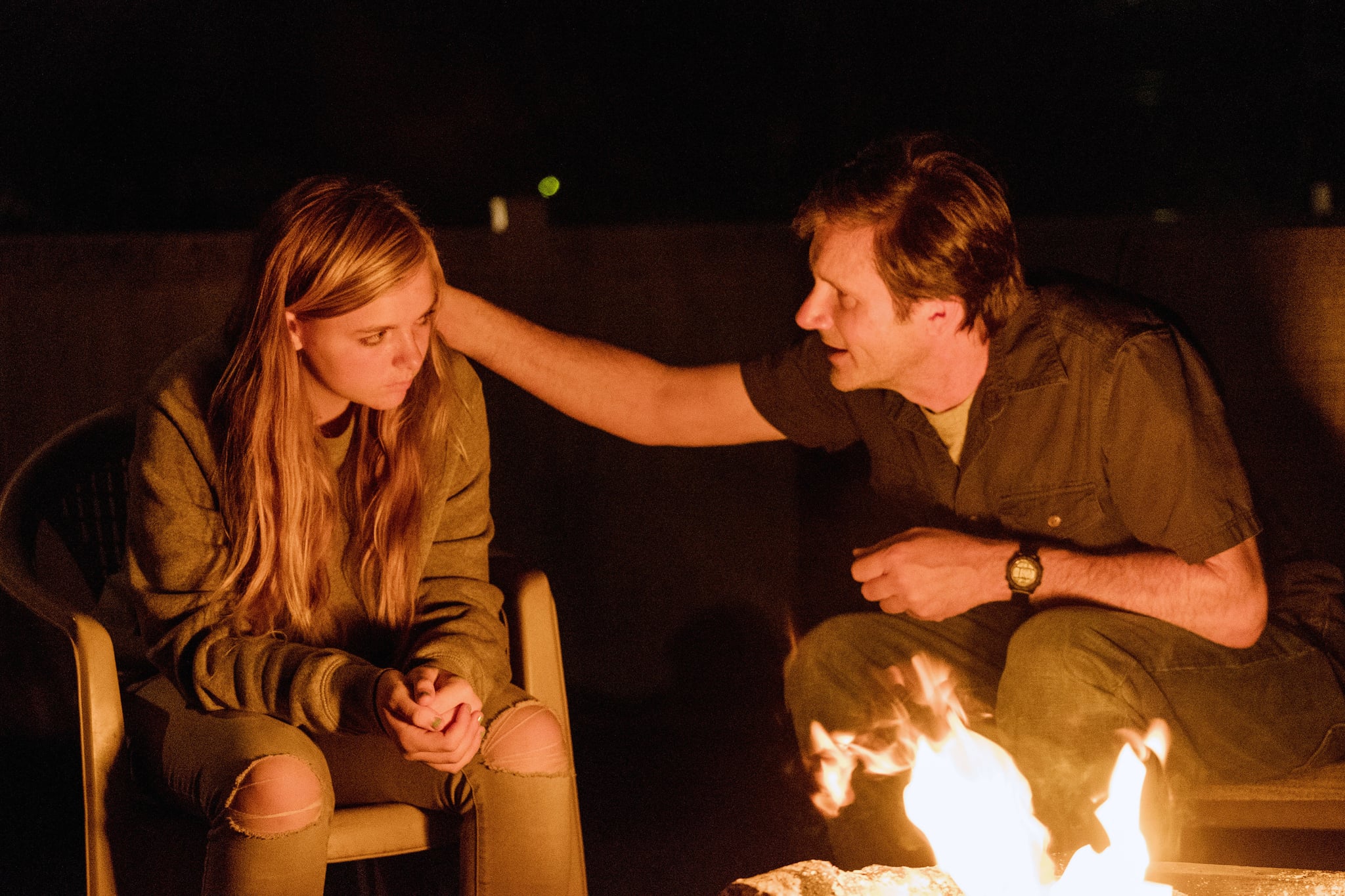 Kayla's dad, Mark (Josh Hamilton), and his portrayal of a single dad struggling to understand his tween daughter will resonate with anyone who's dealt with teenagers. Throughout the film, you'll see Mark trying to connect with Kayla over meals and in car rides, but like many girls her age, Kayla is generally agitated by any and all words her father utters. Mark and Kayla's relationship is hilariously honest and shows how important it is for parents to try to reach out to their kids when it seems like they've totally shut down. After all, teenagers tend to open up at the most unlikely times.

8. There's a near-sexual encounter that will make your stomach sink but will open up the line of communication between you and your tween to talk about sex.

Sure, budding romantic relationships are an important part of teenage development. But unfortunately, sometimes so is peer pressure that may or may not involve the back of an older kid's car. If you've ever been in a similar situation or, God forbid, your own kid has, you won't be able to stop cringing until the scene is over. Although it's painful to watch, there are takeaways for both kids and parents alike (check out our handy guide to talking about sex with your kid at any age if you want to prep before seeing the film together).

Related:
How to Talk to Your Kids About Sex at Every Age
Image Source: The Everett Collection
Tweens And TeensMoviesParenting Tips And AdviceEighth Grade
Around The Web 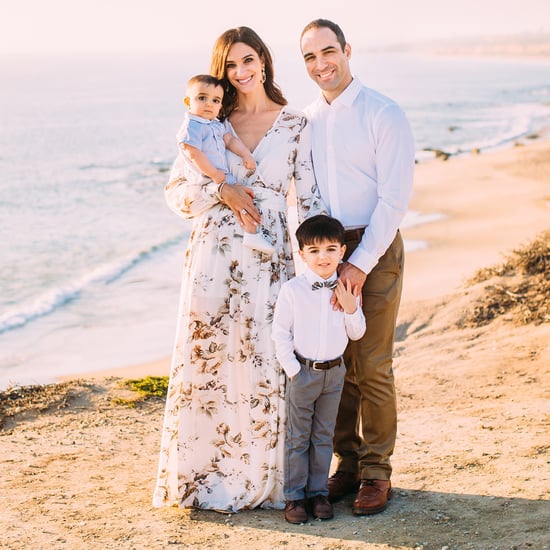