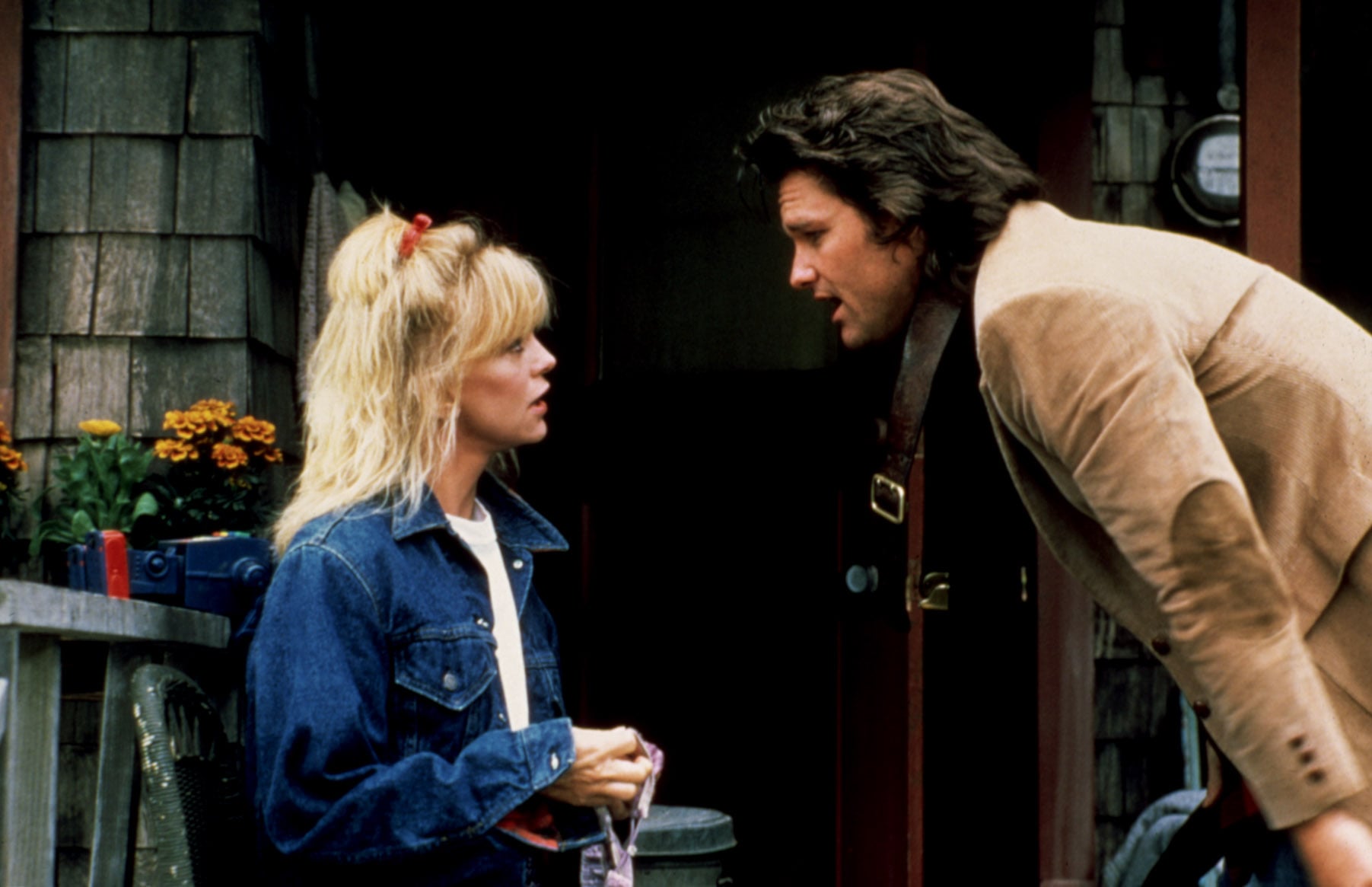 Let me preface this by saying Overboard is one of my all-time favorite movies (I'm talkin' the original 1987 version and not the 2018 remake that I still can't believe got approval to be made). In addition to Goldie Hawn and Kurt Russell's undeniable chemistry in the film, Hawn's comedic timing is truly unmatched. Her portrayal of snobbish and wealthy Joanna Stayton who thinks a chipped manicure, sub-par caviar, and a noncedar shoe closet are the world biggest problems is hilarious at every turn. From her disgusted facial expressions to her "I ate a bug!" declaration while being forced to sit in the back of a pickup truck rightly solidified her status as a Hollywood legend.

Yes, the movie is over 30 years old and *standards* were different back then, but I'm pretty sure crimes like kidnapping were not.

Russell, on the other hand, plays a local carpenter named Dean Proffitt who, after working tirelessly to create Joanna's oak closet (to be clear, she never specified at the beginning that she wanted cedar) on board her fancy yacht, is refused payment because he didn't follow her half-ass instructions. During this part of the movie, I am 100 percent on Dean's side. I mean, the nerve of this woman! He worked hard, flashed his tanned muscles (thanks, Kurt), and produced a beautiful closet made out of that f*cking oak. Plus, we all know how rude people can be sometimes, so I was all for him giving her attitude, especially since she ends up throwing him (and his tool box) overboard.

But that, my friends, is where the praise should stop.

Still pissed from their encounter, Dean decides to get his revenge on her when he sees Joanna's face pop up on the news after she falls off the boat and loses her memory. She doesn't remember who she is, who her husband is, that she's incredibly wealthy – nothing. So, in a totally unhinged move, Dean goes down to the hospital pretending to be her husband, picks her up, and takes her home. His "reasoning" is that he'll make her think she's Annie, his wife of 14 years and the mother of his four sons, and put her to work around their unkept home to work off her unpaid bill for the closet.

Despite the sometimes sweet and heartwarming moments that Dean and Joanna share as time goes on and the bond that she forms with his sons, this entire plot is more like a deranged episode of 2020. I think we can all agree on one thing here: Dean should have gone to jail for a very, very long time for what he did to her. This is a fact I think about often and wonder why it's not talked about more. Yes, the movie is over 30 years old and *standards* were different back then, but I'm pretty sure crimes like kidnapping were not. He made her do seriously hard labor, saw that she was constantly confused, sad, and in pain, talked down to her, made her believe she was a completely different person, and continued to push her for his own personal enjoyment.

And there are many people besides Dean at fault here. What kind of hospital staff and law enforcement that were present at her bedside just let a strange man come in and take her home?! They asked him to identify her with an intimate detail, and, because he had previously seen her in her bathing suit on her yacht, knew about her birthmark. That, apparently, was enough for them, since they all kind of shrugged and said, "She's all yours!"

There's also Dean's best friend Billy. Despite initially telling Dean that he shouldn't go through with his plan, he went along with it and even pretended that he was "Annie's" ex-boyfriend. Oh, and he also doctored photos of Dean and Joanna to make it look like they actually got married. Again: what the actual f*ck.

Joanna's real husband eventually comes back to claim her only after he spent weeks on their yacht partying with younger women because he didn't want to deal with her, and she suddenly regains her memory after seeing him and realizes what Dean did to her. But despite everything, she realizes she loves Dean and chooses to be with him in the end. Madness.

Now, I know this is just a movie and not all movies are realistic, but I think we can at least agree that, while we'll forever be obsessed with Russell and Hawn, Dean and Joanna's love story is definitely not something to emulate. Chipped manicures and oak closets? Gross! Out of my sight! But kidnapping and abuse turning into love? Nah, we're good.