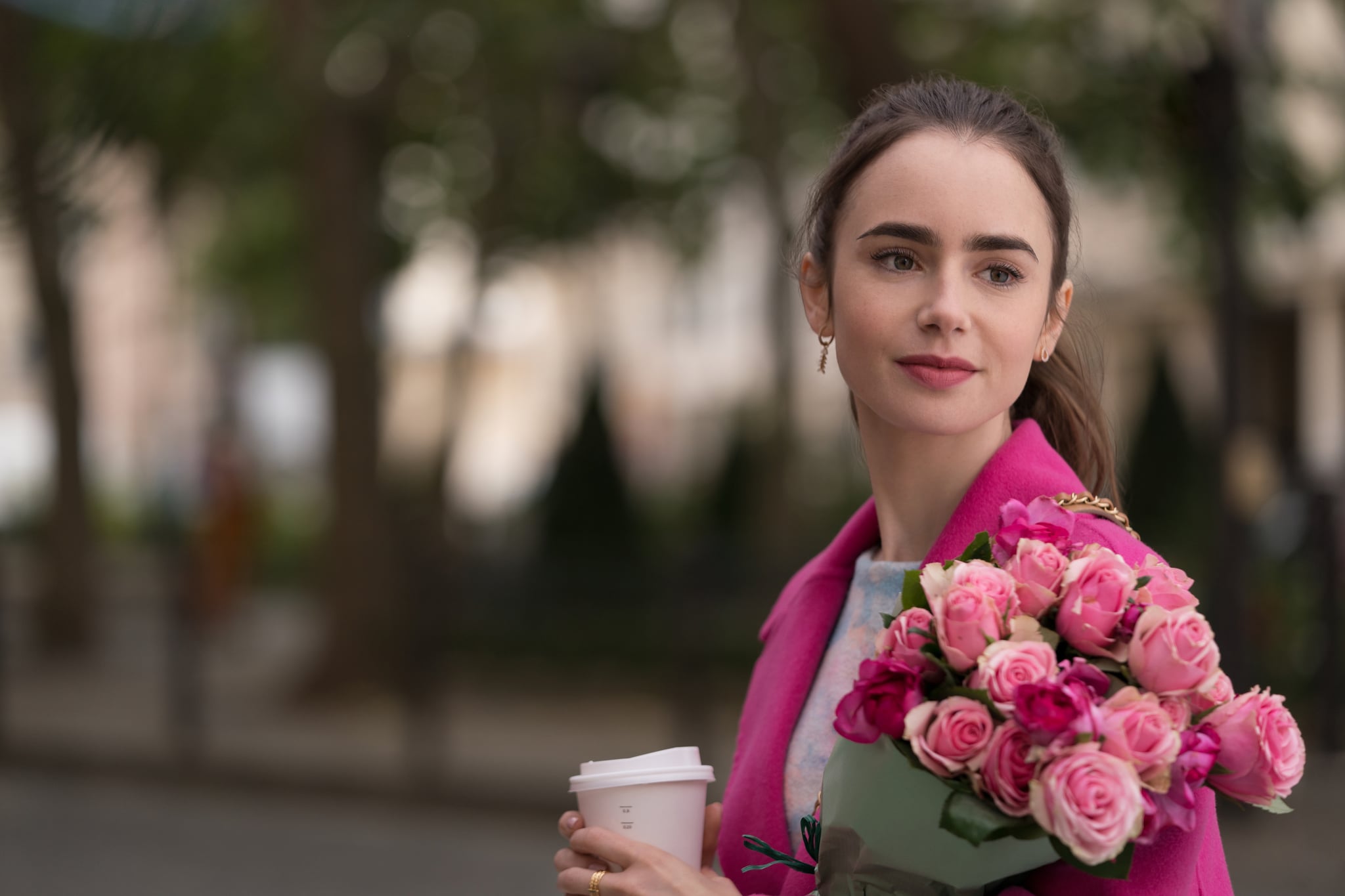 The reviews of Emily in Paris that have been positive have mostly focused on calling the show light, sweet escapism. For me, Netflix's fish-out-of-water comedy is exactly the type of escapism that doesn't make me feel any better — in fact, it frustrates me even more. In 2020, a frothy confection full of "charming" selfish characters (and some gorgeous clothes, admittedly) doesn't help me escape from the real world. Escapism, to me, is entertainment that offers us a better alternative to the real world, rather than one that's just airily putting a gloss on it.

Emily in Paris is so obsessed with its aesthetic that it fails the most important part of storytelling: giving us characters we can root for.

At first glance, Emily in Paris looked like it should be my kind of show. It's a light comedy with a girl-power/rom-com gloss, full of enviable fashion and even more enviable Parisian views. So why, when I enjoy similar shows — even shows from the same creator, like Younger — did I come out of watching the first episode not just disappointed, but actively irritated? Part of it, I think, is that Emily in Paris is so obsessed with its aesthetic that it fails the most important part of storytelling: giving us characters we can root for.

We're supposed to be charmed by Emily's go-getter attitude and sympathize when those nasty, condescending French coworkers snub her. But boil it down to beneath the quippy dialogue and the jaunty hats, and Emily is fundamentally tough to root for: she's that chipper, overbearing coworker we've all had at some point who is so convinced of their own rightness that there's no convincing them otherwise. There's a scene in the pilot in which one slightly kinder coworker of hers advises her that it was incredibly arrogant to expect to waltz into a French job without even speaking French, and Emily calls it ignorance, not her own arrogance. We're meant to find that charming and self-aware, but it really doesn't come across that way. Add several terrible French stereotypes, a cheating storyline, and a very poorly researched idea of how social media actually works, and it all feels like viewers are being condescended to. 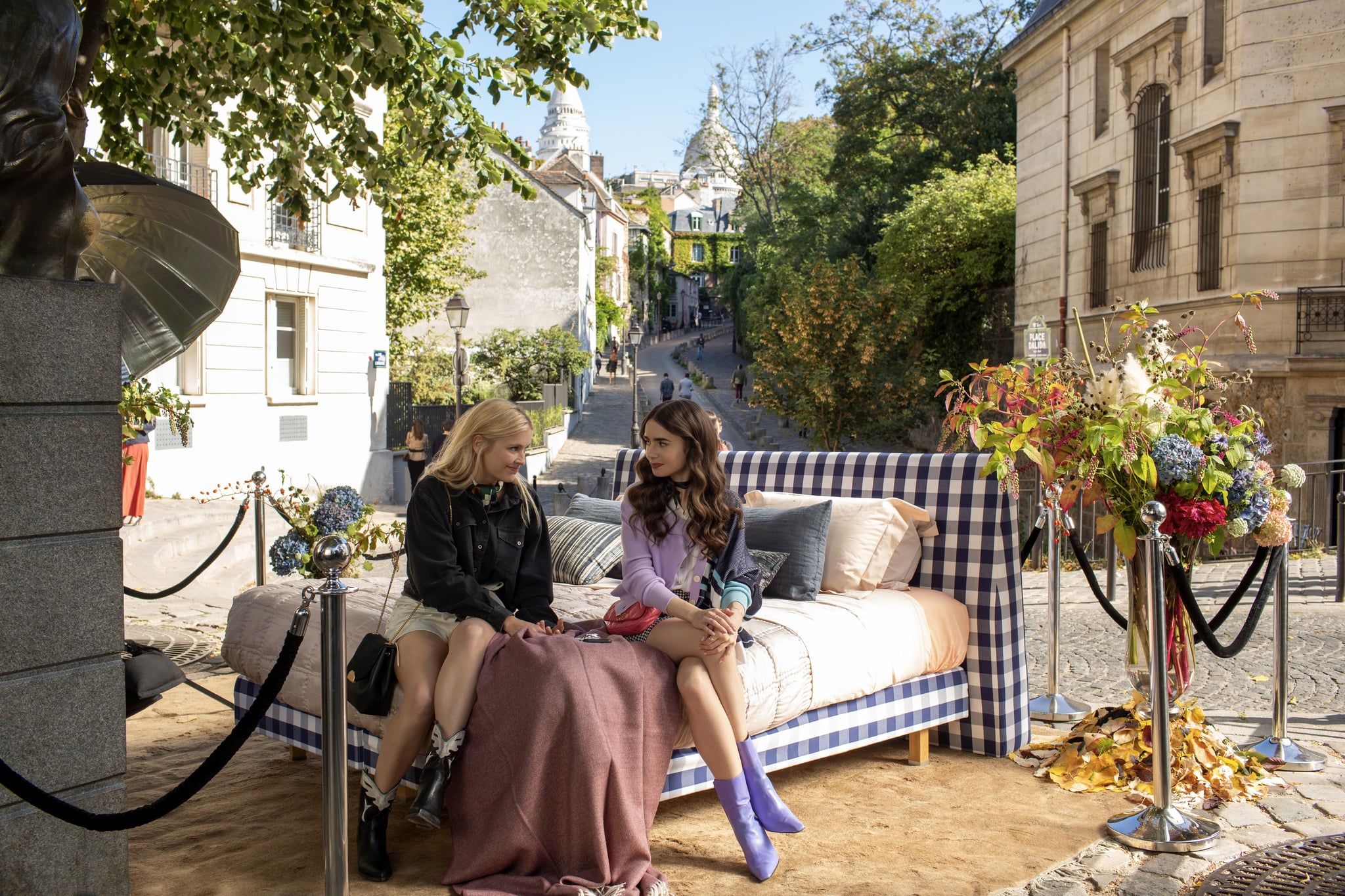 It's hard to "escape" into a world dominated by a selfish heroine who embodies all the worst stereotypes of millennials and Americans, when, in the real world, there's selfish behavior at every turn that's having consequences much bigger than affecting Instagram follower numbers. Watching Emily in Paris frustrates me and makes me feel patronized, as if it's offering me a shiny, sparkly distraction full of beautiful locales, hot Frenchmen, and stylish outfits. To me, escapism isn't about an aesthetic to distract me, which is what Emily in Paris seems to think. To me, escapism is about stories that acknowledge things aren't always great, but offer up something optimistic and emphasize the best in people instead.

That's why I've increasingly turned to entertainment that's kindhearted but remembers to acknowledge when things go wrong. My holy trinity of go-to comedies have been Schitt's Creek, The Good Place, and One Day at a Time. All three are goofy and hilarious and comforting in their fundamental kindness — but they're not pure fluff. All three also deal with heady themes, acknowledge real-world problems and failings, and have remarkable emotional depth. I've also found myself binge-watching the early-2000s political drama The West Wing, which, with its depiction of idealistic, competent, deeply flawed, but fundamentally decent political operatives, feels like an alternate universe that I wish I could live in, where people mess up and make bad decisions but also have each other's backs, acknowledge their failings, and strive to always be better.

The difference between these two approaches to escapism is that one offers a temporary, largely aesthetic distraction, while the other offers a kind of comfort that feels at least a little bit attainable. The best kind of escapism doesn't just offer a literal escape; it returns us to the real world with actual hope that we can maybe make our world a little more like the fictional ones we just left. There are plenty of shows that strike that hopeful balance, but in my opinion, Emily in Paris isn't one of them.

Evan Peters
How Much of "Monster: The Jeffrey Dahmer Story" Actually Happened?
by Emily Oldenquist 9 hours ago