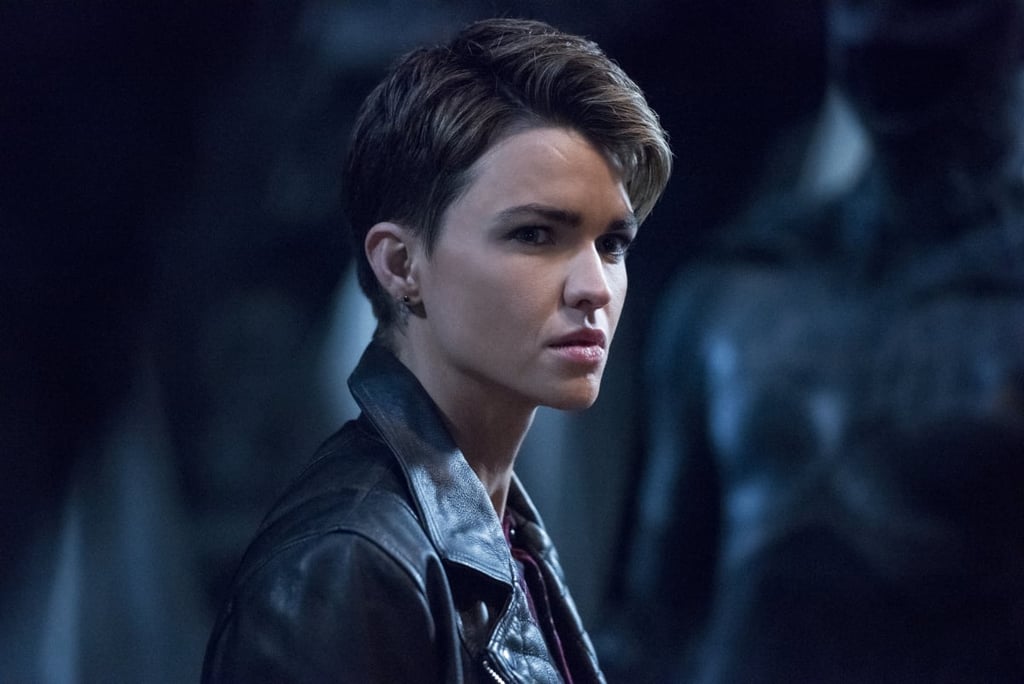 Ruby Rose is finally addressing the real reason they left Batwoman more than a year after their initial exit. In a series of Instagram Stories posted on Wednesday, the actor alleged that she faced terrible work conditions when she played lead star Kate Kane on the first season of The CW's series. "Enough is enough," Rose began their posts. "I'm going to tell the whole world what really happened on that set . . . I will come for you so what happened to me never happens to another person again. And so I can finally take back my life and the truth. Shame on you."

Rose then shared a a handful of videos from doctors' visits regarding injuries she faced on set, writing, "To everyone who said I was too stiff on Batwoman, imagine going back to work 10 days after this . . . 10 DAYS! (Or the whole crew and cast would be fired and I'd let everyone down because Peter Roth said he would recast and I just lost the studio millions (by getting injured on his set) . . . Instead of spending half a day to rewrite me out for a few weeks to heal."

In addition to sharing dangerous work conditions she and other members on set endured, Rose also spoke out against various staff and costars, including EPs Caroline Dries, Greg Berlanti, and Sarah Schechter; former Warner Bros. Television Group Chairman Peter Roth; and actor Dougray Scott. "So in closing, please to my dear, dear fans stop asking if I will return to that awful show, I wouldn't return for any amount of money nor if a gun were to my head.. NOR DID I QUIT," Rose continued. "I DO NOT QUIT, They ruined Kate Kane and they destroyed batwoman, not me."

Shortly after Rose posted her Instagram Stories, Warner Bros. TV responded with a statement of their own, saying, "Despite the revisionist history that Ruby Rose is now sharing online aimed at the producers, the cast and crew, the network, and the Studio. The truth is that Warner Bros. Television had decided not to exercise its option to engage Ruby for Season 2 of Batwoman based on multiple complaints about workplace behavior that were extensively reviewed and handled privately out of respect for all concerned."

Rose first confirmed their departure in a statement on May 19, 2020, saying, "I have made the very difficult decision to not return to Batwoman next season. This was not a decision I made lightly as I have the utmost respect for the cast, crew, and everyone involved with the show in both Vancouver and in Los Angeles."

She then thanked the behind-the-scenes team, adding, "I am beyond appreciative to Greg Berlanti, Sarah Schechter, and Caroline Dries for not only giving me this incredible opportunity, but for welcoming me into the DC universe they have so beautifully created. Thank you Peter Roth and Mark Pedowitz and the teams at Warner Bros. and The CW who put so much into the show and always believed in me. Thank you to everyone who made season one a success — I am truly grateful."

The production companies backing Batwoman also released a statement, saying, "Warner Bros. Television, The CW, and Berlanti Productions thank Ruby for her contributions to the success of our first season and wish her all the best. The studio and network are firmly committed to Batwoman's second season and long-term future, and we — along with the show's talented creative team — look forward to sharing its new direction, including the casting of a new lead actress and member of the LGBTQ community, in the coming months." In July 2020, The CW announced Javicia Leslie would be stepping in as Ryan Wilder. You can read all of Rose's posts about their exit ahead.

Tom Hiddleston
Will Loki Be in "Thor: Love and Thunder"? Here's What We Know
by Amanda Prahl 15 hours ago

Award Season
Latto Wins Big at the BET Awards: "I Said I Wasn't Gonna Cry"
by Victoria Messina 20 hours ago