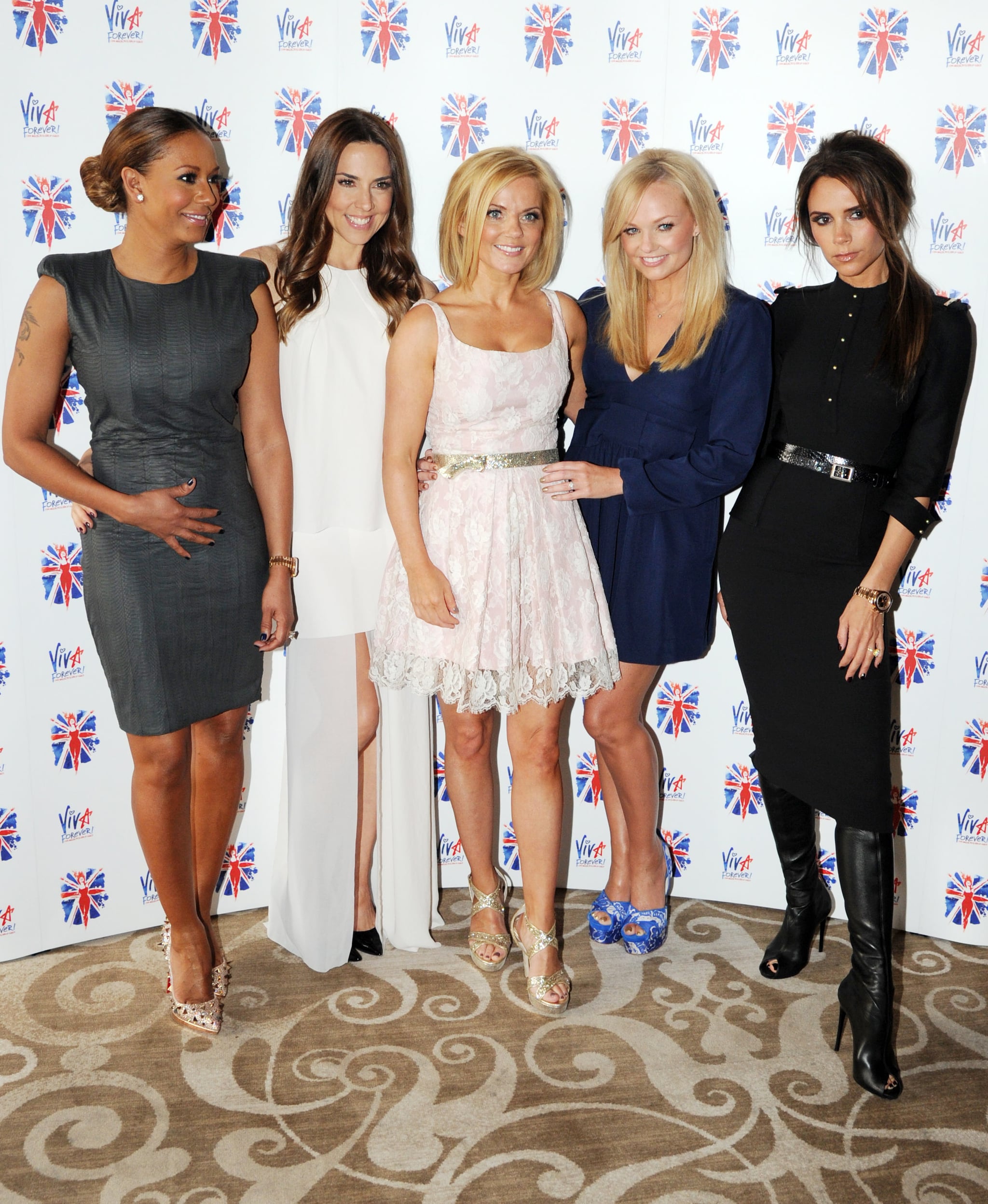 Mel C (Sporty Spice) is holding out for Victoria Beckham (Posh Spice) to join the Spice Girls for another reunion tour. Ahead of the release of the group's 25th-anniversary deluxe album, Spice 25, Mel C told People that she and fellow Spice Girls Mel B (Scary Spice), Emma Bunton (Baby Spice), and Geri Halliwell (Ginger Spice) are "working on Victoria." She continued, "She might be sucked into the idea at some point."

Related:
Chris Martin Performed "2 Become 1" With Mel C, and It's the Duet We Never Knew We Needed

A hopeful Sporty Spice also told Entertainment Tonight, "We would love to have her back on stage. In all honesty, I think it's gonna happen. At some point, I think Posh Spice will be back onstage." The group last did a reunion tour in 2019, but Beckham didn't join. The fashion mogul last joined the group on tour in 2007 and has done sporadic appearances and campaigns with her bandmates following their split in 2000.