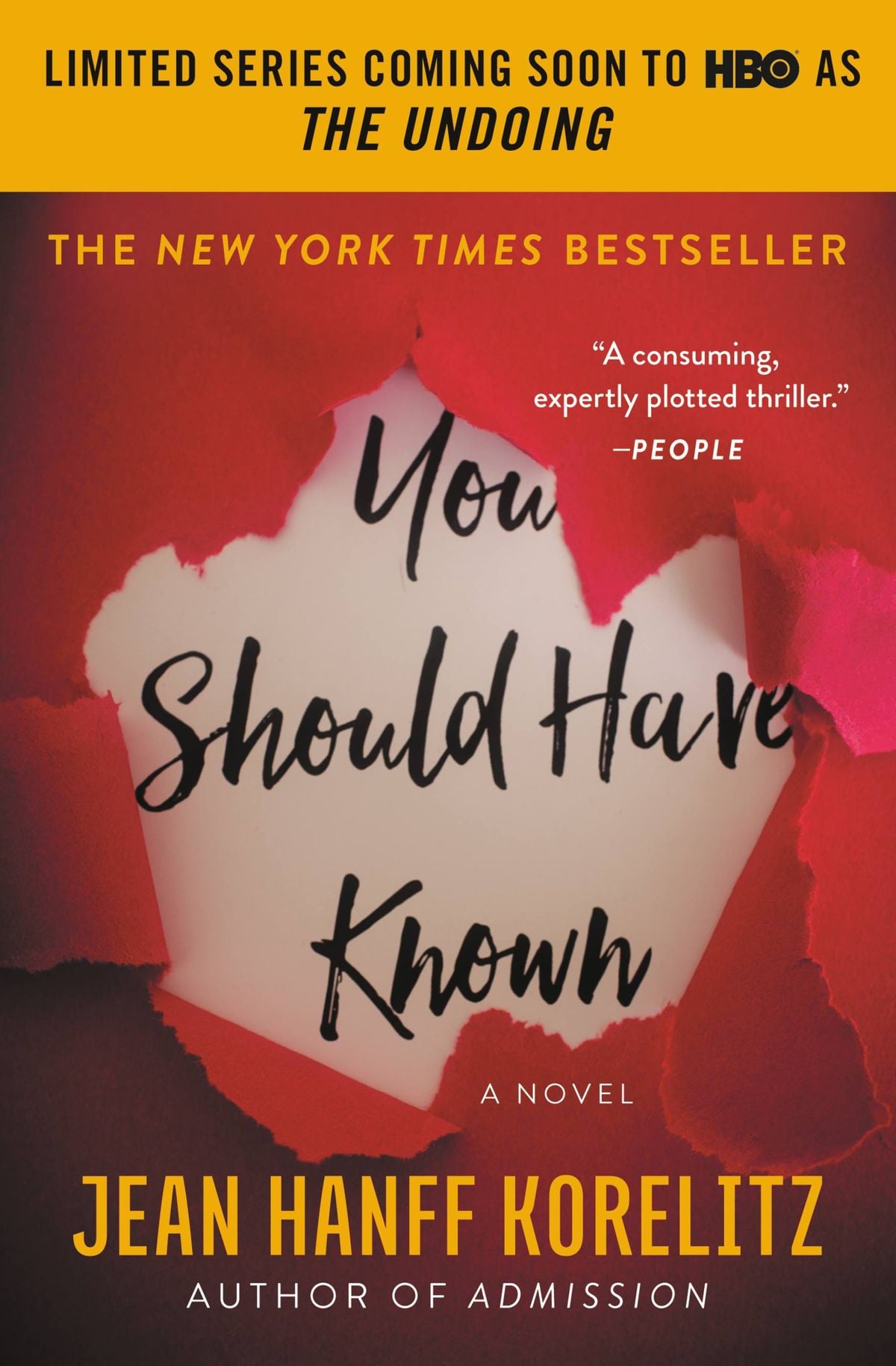 If you've been craving a new psychological thriller since the finale of HBO's Big Little Lies, the network's latest project, The Undoing, is finally here to fill that void. Written by BLL screenwriter David E. Kelley, the new series is based on Jean Hanff Korelitz's novel, You Should Have Known.

The story follows Grace Sachs (played by Nicole Kidman), a highly successful therapist and soon-to-be author, who finds herself wrapped up in a murder mystery when a mother at her son's school is viciously killed. In the middle of it all is Grace's adoring husband, who consequently goes missing at the beginning of the investigation. While Grace astonishingly uncovers dark secrets from her husband's past, she quickly realizes her picture-perfect family isn't so picture-perfect.

Keep reading for all the book spoilers, including the biggest one of them all: is Grace's husband indeed the killer?

Grace couldn't be prouder that her son Henry attends a private academy in Manhattan, NY — let alone that fact it's her alma mater — so when the school is seeking volunteers for its annual auction, Grace jumps on the opportunity. Also in attendance is Malaga Alves, whose son goes to the same school. Throughout the planning process, Malaga makes a point to list all the similarities between her son and Grace's, one being their long eyelashes. Kind of odd, right?

On the night of the auction, Grace is told Malaga would like to have a word with her, but she never confronts Grace. Soon thereafter, Grace finds out Malaga has been violently murdered and her husband is a suspect. His strange disappearance isn't aiding his cause either, nor that Grace hasn't been in contact with him for almost 24 hours.

Grace begins to collect a series of red flags, proving her elite NYC life isn't as alluring as she once thought. Among the clues are stashed condoms, birth control which she's never used, and missing are Jonathan's clothes and her mother's heirlooms. Moreover, a former colleague of his informs Grace that Jonathan no longer works in his job at a hospital and hints at the reasoning being sexual allegations.

In an attempt at a clean slate and out of her family's safety, Grace and Henry escape to their summer house in Connecticut. There, Grace reconnects with Vita, a childhood friend, who her husband forced her shun out once they got married. (Red flag!) Grace is trying her best to start over, including with a new love interest, but the looming cloud of Jonathan's return keeps her in the shadows of darkness.

She's convinced that because of her psychopath of a husband, no one will ever want her counseling advice again. To top it off, her new self-help book, You Should Have Known, touts the principle that women should know from the moment they say "I do" whether they are making the right choice for a husband. In the end, no amount of money or therapy will be able to fix a marriage. Irony at its fullest.

Stuck in a mind game of fake realities, Grace sets out on one last endeavor in hopes of exposing the true man Jonathan really is. She visits his family, whom she's never had a relationship with, due to Jonathan's impression of his cruel upbringing. Unaware that Jonathan had not one, but two brothers, Grace learns every story he spun about his family was a lie. The most shocking being the real reason why he doesn't get along with his family: Jonathan may have been responsible for his younger brother's death.

All signs are pointing toward Jonathan being the killer, but it isn't until Grace receives a letter from Jonathan with his confession that the mystery is fully solved. In the letter, we learn that Jonathan had been having an affair with Malaga for quite sometime now. They met while her child was undergoing cancer treatment at his hospital. Within a quick time span, Malaga became pregnant with his child.

To keep his two families separate, Jonathan never told Grace about the affair or the baby. He spent years worrying that Malaga would eventually come clean and confide in Grace about everything. In a bold effort to save his marriage and aristocrat lifestyle, he killed Malaga.

The story comes full-circle when Jonathan's parents, still emotionally fragile years after the death of their young son, take in Jonathan's baby daughter that he had with Malaga. Grace turns his letter, which contained a hint about his location, over to the authorities. In the final scene, she talks with the detective on the case and agrees to donate all the furniture from her old apartment, happy to get rid of her old life.