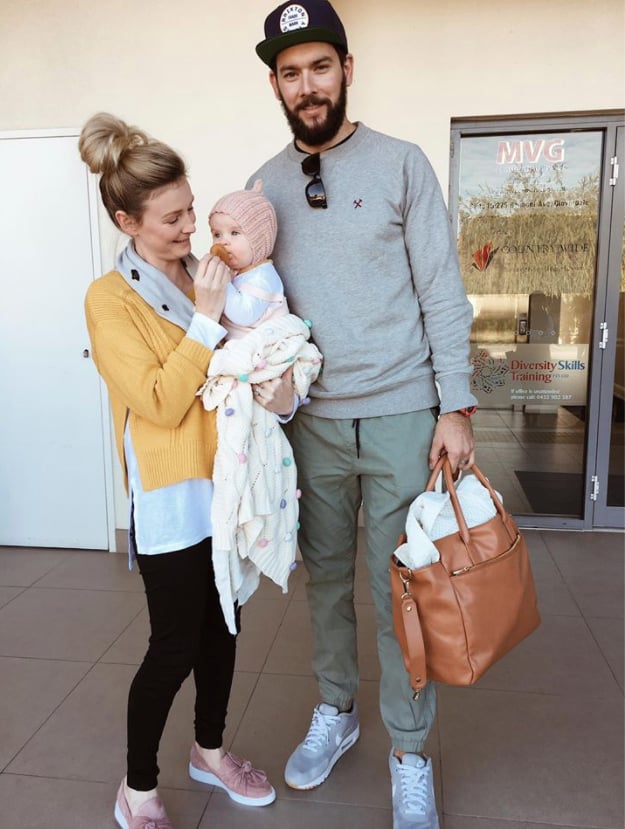 In this day and age, it's no secret that social media has an enormous effect on our lives, so it's not surprising when we get caught up with — and maybe even a little envious of — what other people in our circles are posting.

Kyree Harvey, a mom from Australia, decided to share the truth about a seemingly "perfect" family photo that she posted to her account with her Facebook followers.

The superrelatable post starts off by explaining that although her family looks like they're in total bliss, it's important not to believe everything you see on social media.

"What you don't see is that Mama [and] Papa had an argument about something small and petty an hour before," wrote Harvey. "They refused to talk to each other in the car. But then made up [cause] they know they both were wrong, even though she knows she's always right."

Although it's true that all couples fight at some point or another, it's rarely something your friends will share to their Instagram accounts. Another thing people don't usually post? Their insecurities. But Harvey tackled this topic head on, too.

"What you don't see is that mama is super self conscious and never thinks she's good enough," said Harvey. She also reminded her readers that insecurities aren't just reserved for women. Men can have them, too. "What you don't see is giant Papa hates how tall he is and wishes he didn't have super giant feet," she wrote. "If only toe reducing surgery was a thing then he could totes buy regular shoes off the shelf."

Harvey ends the post by saying that she and her husband are very much in love, but she admits that the whole being a new parent thing can definitely be challenging at times. "What you don't see is these are both new parents, learning each day to be awesome, enduring parent fails, sifting through the endless opinions swarming at them like bees, you can't see them smiling at the good & laughing at the bloopers," said Harvey.

The moral of the story? Stay real, advises Harvey. And before you label other moms as "perfect," realize that people show you what they want you to see . . . and that might not always be the full picture!