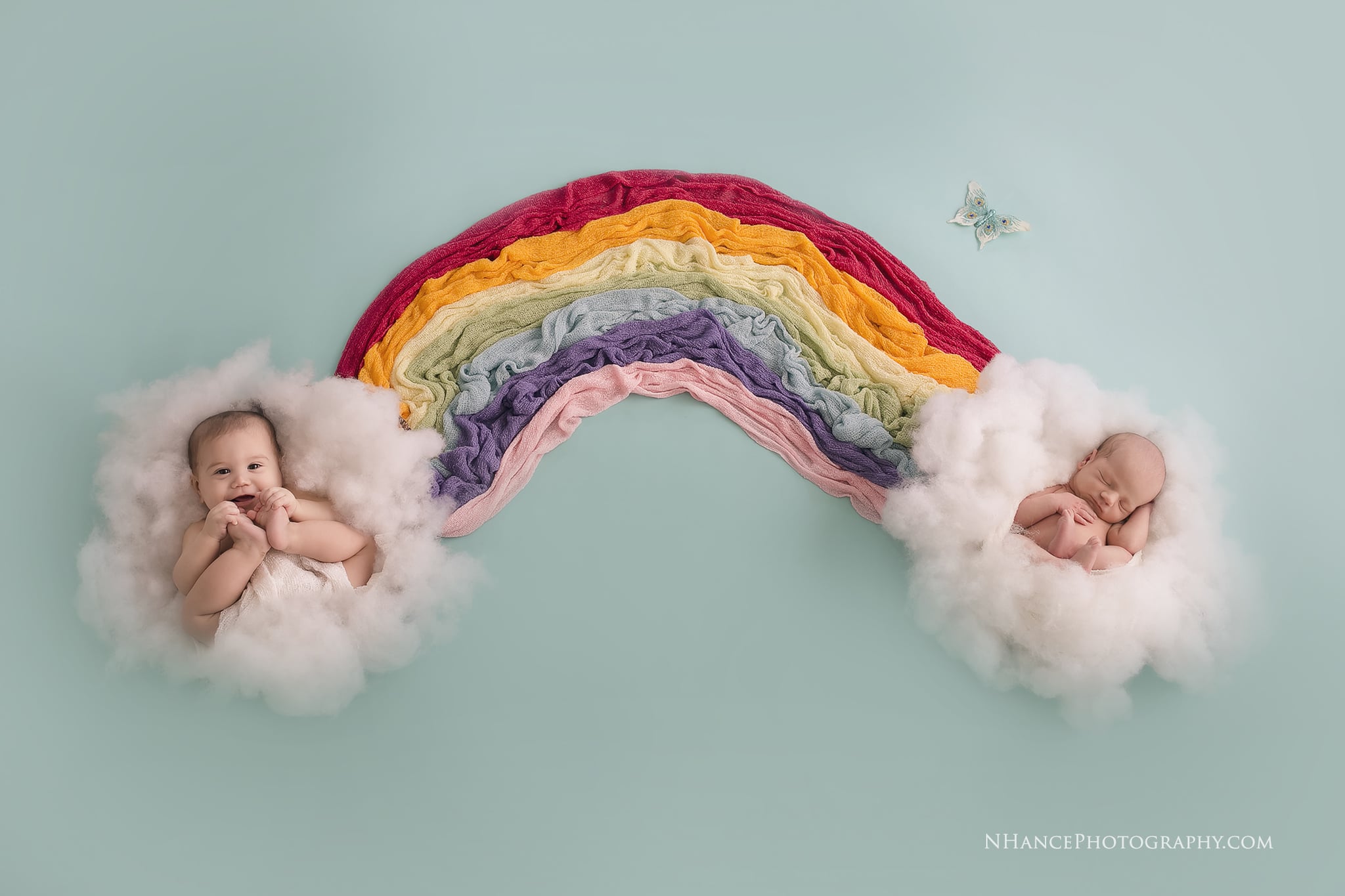 Natasha of Birth Unscripted has been with the Haggerton family during the most exciting and difficult times of their lives. She was there when their boy, E, was born, but the newborn sadly didn't make it home from the hospital. A year later, Cindy and Jim Bob received a call about a baby that was about to be born and needed a home. Since Jim Bob was adopted himself, he felt very strongly and the family immediately asked Natasha to head to the hospital for help documenting the moment.

"They called me and asked me if I could come so I dropped what I was doing and headed to the hospital to wait for this sweet baby boy with them," she told POPSUGAR. "I did not know this at the time, but they had recently found out they were expecting again!" So less than a year later, Natasha was at a third birth with them. The family was expecting a rainbow baby girl and was shocked to discover that the sonogram reading was wrong and they had another baby boy.

To honor the child that they lost as well as the two rainbow baby boys they welcomed within in a year, one via adoption and one via birth, the couple once again enlisted Natasha for help. "When we did his newborn session we wanted to do something that would tie the three boys together," Natasha said. "So we did a rainbow with the two rainbow babies and a butterfly above them to represent their brother that was born the year before."

by Corinne Sullivan 55 minutes ago