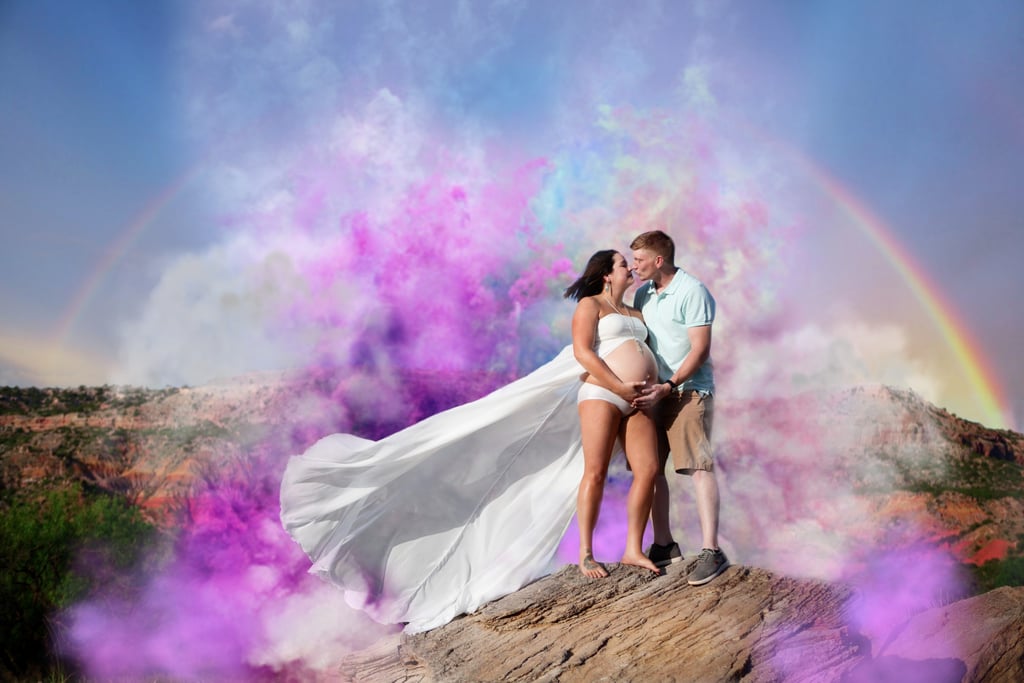 When Jacob and Britni Lamance found out that they were expecting a baby, the young couple was nervous but excited. However, at eight weeks, her doctor revealed that he suspected she suffered an ectopic pregnancy, and he confirmed that he couldn't find a fetus at 10 weeks.

Britni ended up in emergency surgery after experiencing severe pain and had to have her left fallopian tube removed. "Because of this, I just knew it was going to be almost impossible to have babies. I was devastated!" she told POPSUGAR Moms. "All my life, I had dreamed of being a mommy. But this isn't where the story ends. Three days after my surgery, I conceived my first rainbow baby!"

Related:
11 Stunning Rainbow Baby Maternity Photos That Will Take Your Breath Away

Nine months later, baby Jameson was born and Britni knew that she wanted to try for a second "miracle baby." After five months of trying, they conceived again and Britni came up with the perfect name: Wrightly Jane. "Knowing that my eggs can no longer come from my left side because of my first ectopic pregnancy, I know they can only come from my right ovary," Britni said. "Because of this, Wrightly is my 'right' baby, hence the name Wrightly."

Brit of Brit Nicole Photography has known this couple throughout their journey from engagement to pregnancies. When she found out about Wrightly's impending birth, she was excited to set up a scenic maternity shoot at Palo Duro Canyon in Texas but had a major surprise planned for the unsuspecting couple.

"I'd always wanted to bless them with something, even if it was as little as a rainbow smoke bomb photo," she told POPSUGAR Moms. "The rainbow smoke bomb photo was a surprise to them and I didn't tell them about it at the time, just because I knew how much it meant for them to have babies off one tube! Everyone who has gone through devastation like this deserves an epic photo and reminder that there is always hope through the storm."