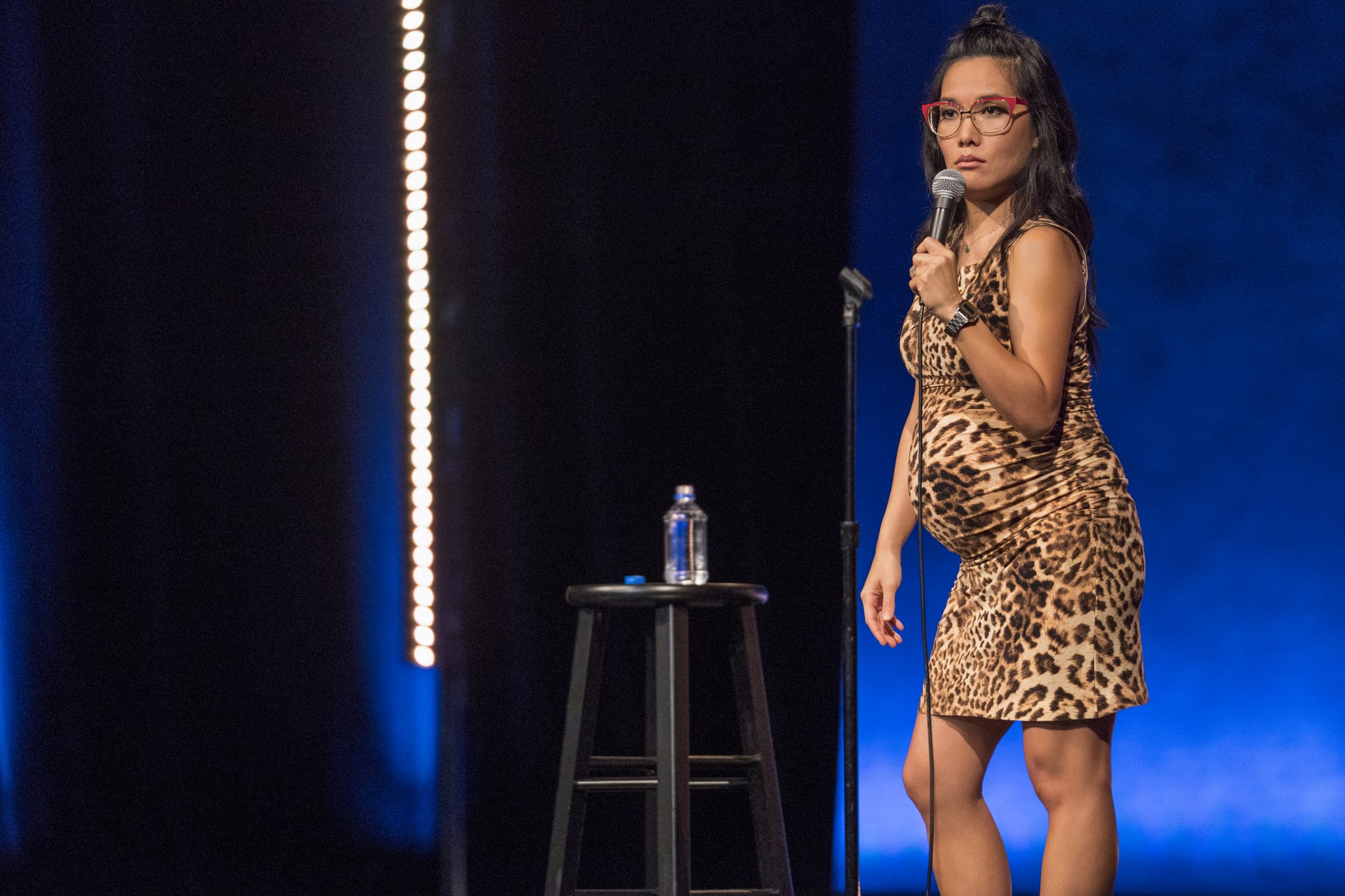 I wasn't far into Ali Wong's newest Netflix special, Hard Knock Wife, before I let out a hysterical giggle — but at about seven minutes in, when she started to talk about the struggles of breastfeeding, was when I completely lost my sh*t once and for all. I haven't had kids yet myself, but despite knowing how difficult breastfeeding can be, Wong's description of what she thought nursing would be like is pretty spot on with what I (and most women, I'd expect), anticipate the experience to be like, regardless of warnings from veteran moms.

"I thought it was supposed to be this beautiful bonding ceremony where I would feel like I was sitting on a lily pad in a meadow, and bunnies would gather at my feet while the fat Hawaiian man-version of 'Somewhere Over the Rainbow' would play," she told the audience. "NO. It's not like that at all. Breastfeeding is this savage ritual that just reminds you that your body is a cafeteria now."

"Breastfeeding is this savage ritual that just reminds you that your body is a cafeteria now."

Wong continues, comparing her daughter Mari while nursing to the bear in that brutal scene of The Revenant, which came as a surprise to her in the beginning, because she thought her nipples — which are apparently like fingers — would make breastfeeding easier. However, she succeeded through the struggles for nearly nine months and has come out the other side with a seriously genius revelation about one of the most classic children's books in the world, The Giving Tree.

"I could not take [breastfeeding] anymore. By the end, I felt like The Giving Tree," she said. "I used to not understand what that depressing-ass book was about, and now I know: it's about breastfeeding. It's about a mom who used to have all of these beautiful branches and apples, and then this little freeloader comes into her life, takes all of her sh*t, and then she just becomes a sad-ass tree stump with deflated titties."

So there you have it, folks. Throw out whatever sentimental meaning you once took from The Giving Tree, and know that Wong's description is probably the right one.