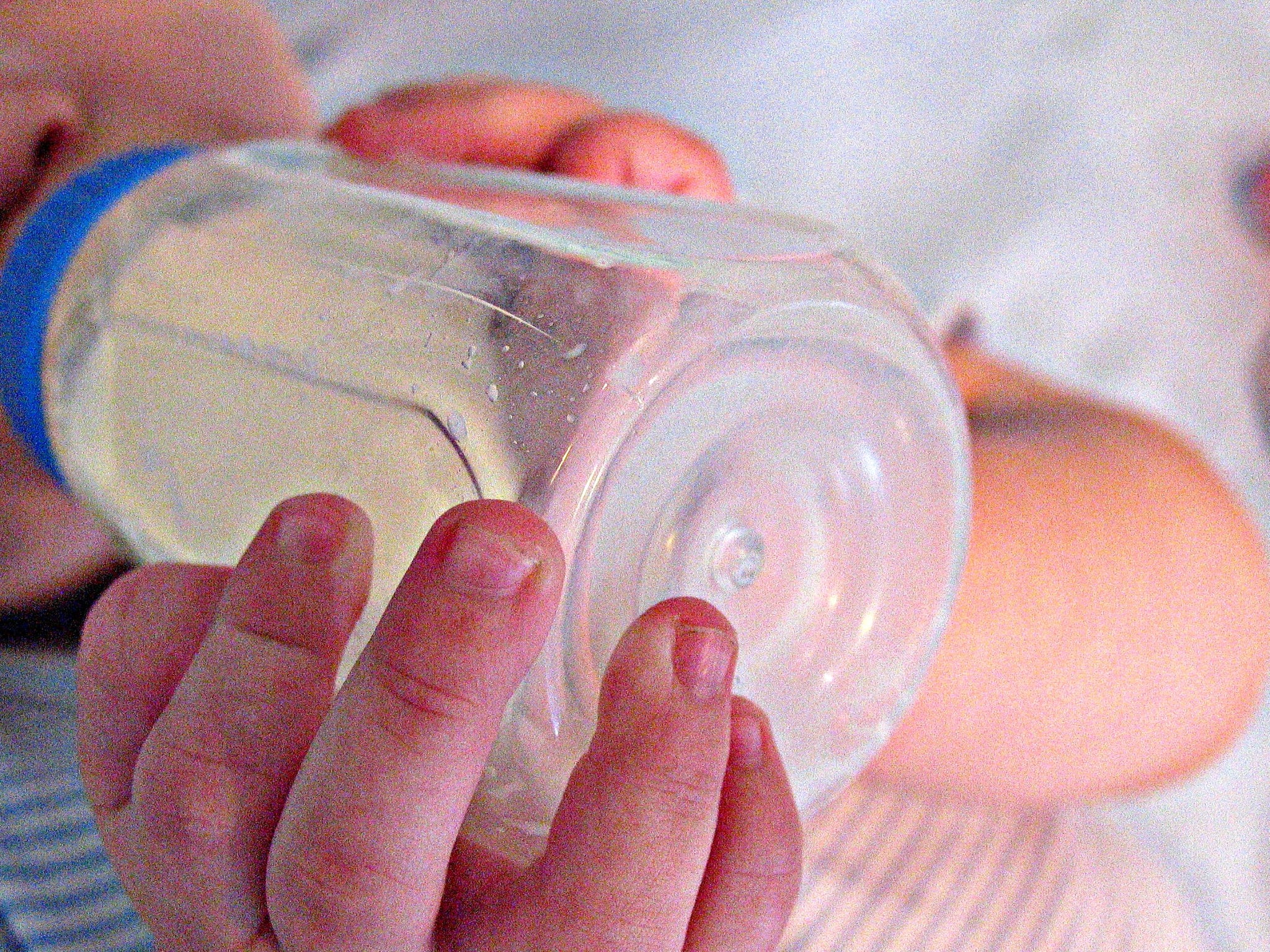 A mom whose baby died because of bottle propping is speaking out and warning other parents about the tragedy. Four-month-old baby Alex Masters died in England after his godmother gave him a bottle with a blanket propped underneath it. Tragically, she fell asleep and woke up to find the baby with blue lips, and it was too late to save him. The baby died in 2015, but a coroner recently determined his cause of death: choking on milk because the bottle was propped into his mouth.

The boy's mother, 18-year-old Chloe Masters, had left Alex in the care of his godmother because she was suffering from severe back pain. Chloe is devastated by what happened and regrets the fact that she wasn't there to help. The BBC reports Chloe only let the godmother care for Alex overnight because "she understood his godmother's adult daughter, who she said was more responsible, would also be there." Now, she's using her heartbreaking story to warn others about the dangers of bottle propping, especially without proper supervision.

"Never, ever, ever, bottle prop under any circumstances," Chloe told Lincolnshire Live. "You could be put in this situation with your own child. I did it and thought it would never cause anything like this and I was supervising. But people can lose concentration." While this particular case clearly had multiple elements that potentially affected the fatal outcome (baby Alex was put in a car seat inside, and his caretaker dropped the ball by falling asleep), it still sheds light on the controversial topic of bottle propping and serves as a warning for many.

Getting your baby to drink from the bottle can be challenging enough, so when it does happen, you'll want to do it as safely as possible. Chloe said of her unfortunate experience, "It will always haunt me. I will never know what happened to my little boy that morning."

Family Life
"Will It Hurt?": Big Bird Spoke to 2 Doctors on Sesame Street Before Getting the COVID Vaccine
by Chanel Vargas 4 weeks ago