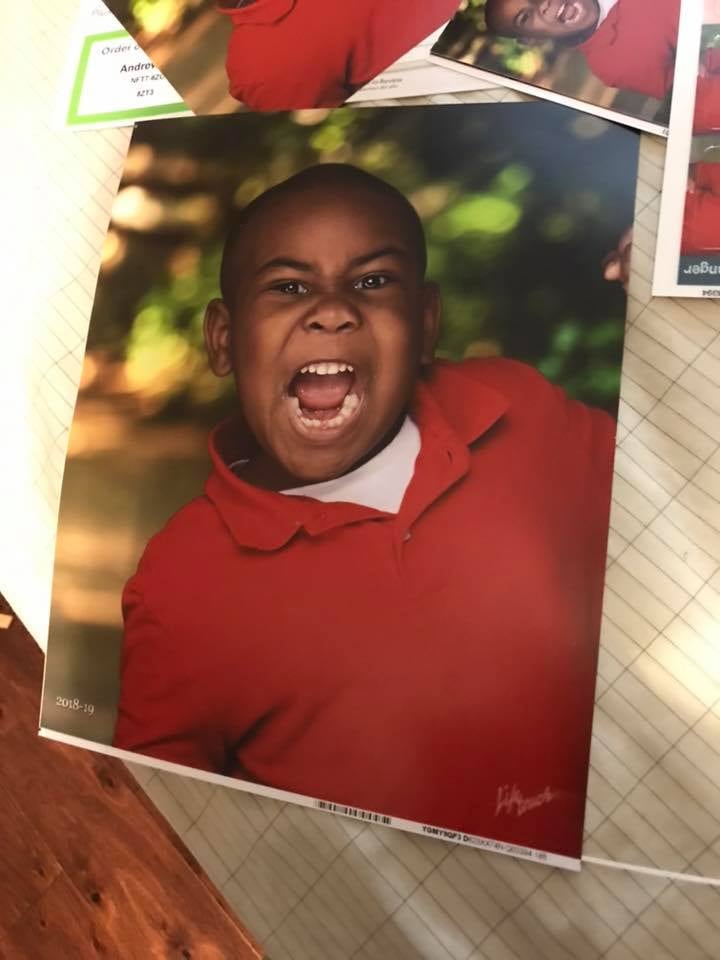 Andrew Miles, a student with an undeniable sense of humor from Atlanta, figured he would have a little fun on school picture day, and now the internet can't get enough of him. Although Andrew wasn't forthcoming about his picture day antics, the cat was out of the bag soon enough when his mom — Stronajai Miles — found the photos in his backpack after school one evening.

Once Stronajai got a good look at them, she became instantly frustrated that the photography company didn't work with Andrew to get a better shot. She shared the pictures on Facebook, where the internet reminded her she would cherish the photos — which are clearly full of personality — for years to come.

"I was getting ready for Monday, and wanted to make sure everything was signed and ready to go on for the upcoming week," she explained. "I opened the bookbag and I was in just total shock," Stronajai told a CBS affiliate. "I said, 'Really, Drew?'"

As you can imagine, the photos quickly went viral, racking up 52,000 reactions and 40,000 shares so far. As for Andrew's reasoning behind the funny face? It was pretty simple: "Because, that was a crazy face!" he said. Read through to get a look at Andrew's hysterical school photos.