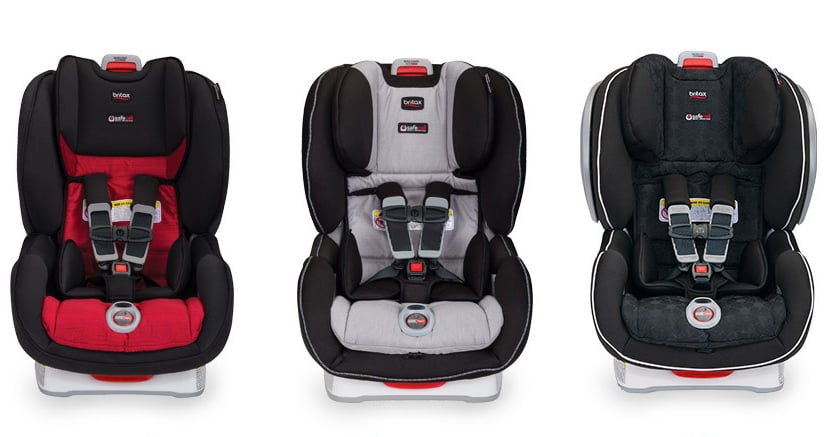 Britax has issued a voluntary recall of more than 200,000 child car seats with harness adjuster buttons after it was discovered that they may stick, which could cause the shoulder straps to loosen.

The ClickTight model convertible car seats identified in the table above have harness adjuster buttons (red) which may remain down in the "release" position after the harness is tightened. This will enable the shoulder harnesses to loosen from a child's movements while secured in the seat. A loose harness may not adequately protect a child in the event of a motor vehicle crash.

The safety defect affects more than 37 models — including its Advocate, Boulevard, and Marathon ClickTight convertible car seats — that were manufactured between Aug. 1, 2014, and July 29, 2015. There have been no reported injuries from the defect, according to the company.

For those who own one of the recalled car seats, Britax will provide a free kit that includes a "non-toxic food-grade lubricant to apply directly to the harness adjuster button." The one-time application will allow the button to function normally.

For more information, Britax released a short video outlining the recall and remedy.

Family Life
Mom With Epilepsy on Raising Kids: "My Family Knows How to Unite in Any Kind of Difficulty"
by Murphy Moroney 19 hours ago

by Karenna Meredith 45 minutes ago