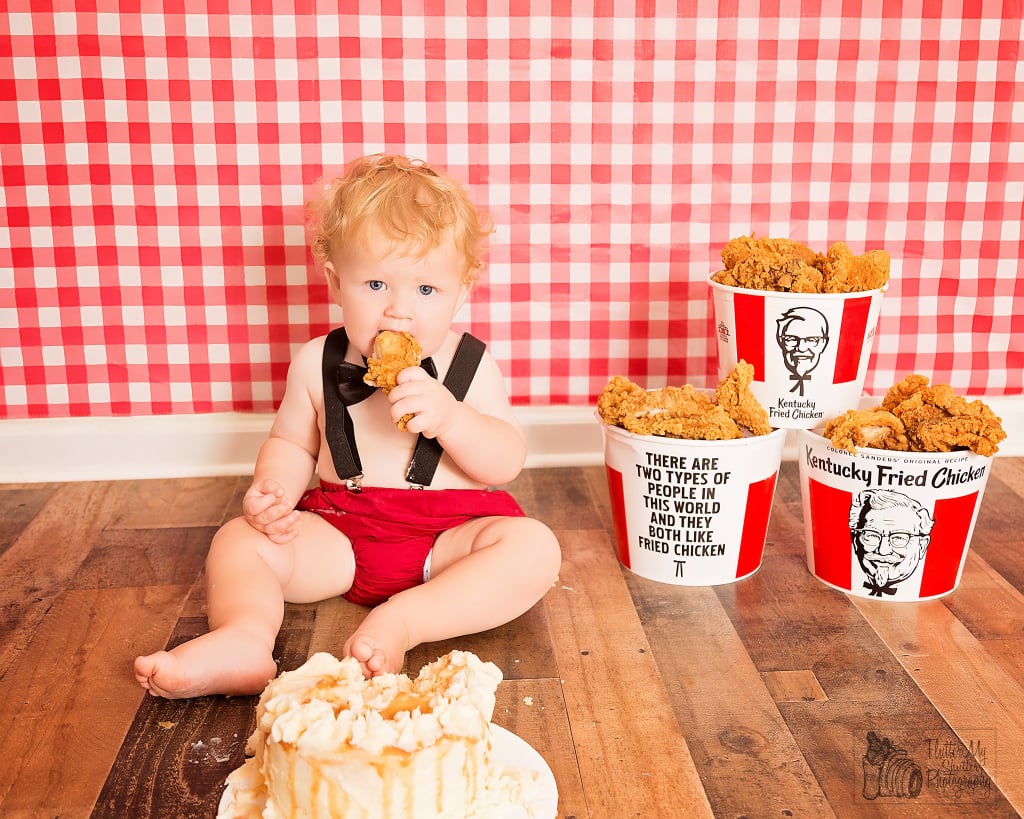 Have You Seen This KFC-Inspired Cake Smash? Because It's Finger-Lickin' Adorable

One family knew that when it came time to celebrate their son's first-year milestone, they didn't want any ordinary cake smash. They wanted a finger-lickin' cake smash. And that's exactly what they accomplished in an adorable KFC-themed photo shoot that married their two favorite things: their kid and fried chicken. Photographer Sherri Poole shared the pictures to her Facebook page Flutter My Shutter Photography, and people are completely obsessed.

"About four months ago, his mother and I were discussing his cake smash session and we wanted to do something no one has ever seen before. His family has a love for KFC and it's his favorite food," she told POPSUGAR. "As soon as we settled on a KFC cake smash session, his mother came up with the idea of a cornbread cake with mashed potatoes as the icing, gravy, and a chicken leg as a topping."

Related:
The Story Behind This Taco Bell-Inspired Smash Is Sweeter Than Any Cake

She also admits that even though the shoot didn't go exactly as planned, the results are still adorable: "He used his feet to smash his cake instead of his hands; he hated the feeling of it on his hands. So sadly there are no pictures of him with cake on his face because he didn't like the way it felt on his hands. It's still the cutest thing I've ever seen!"