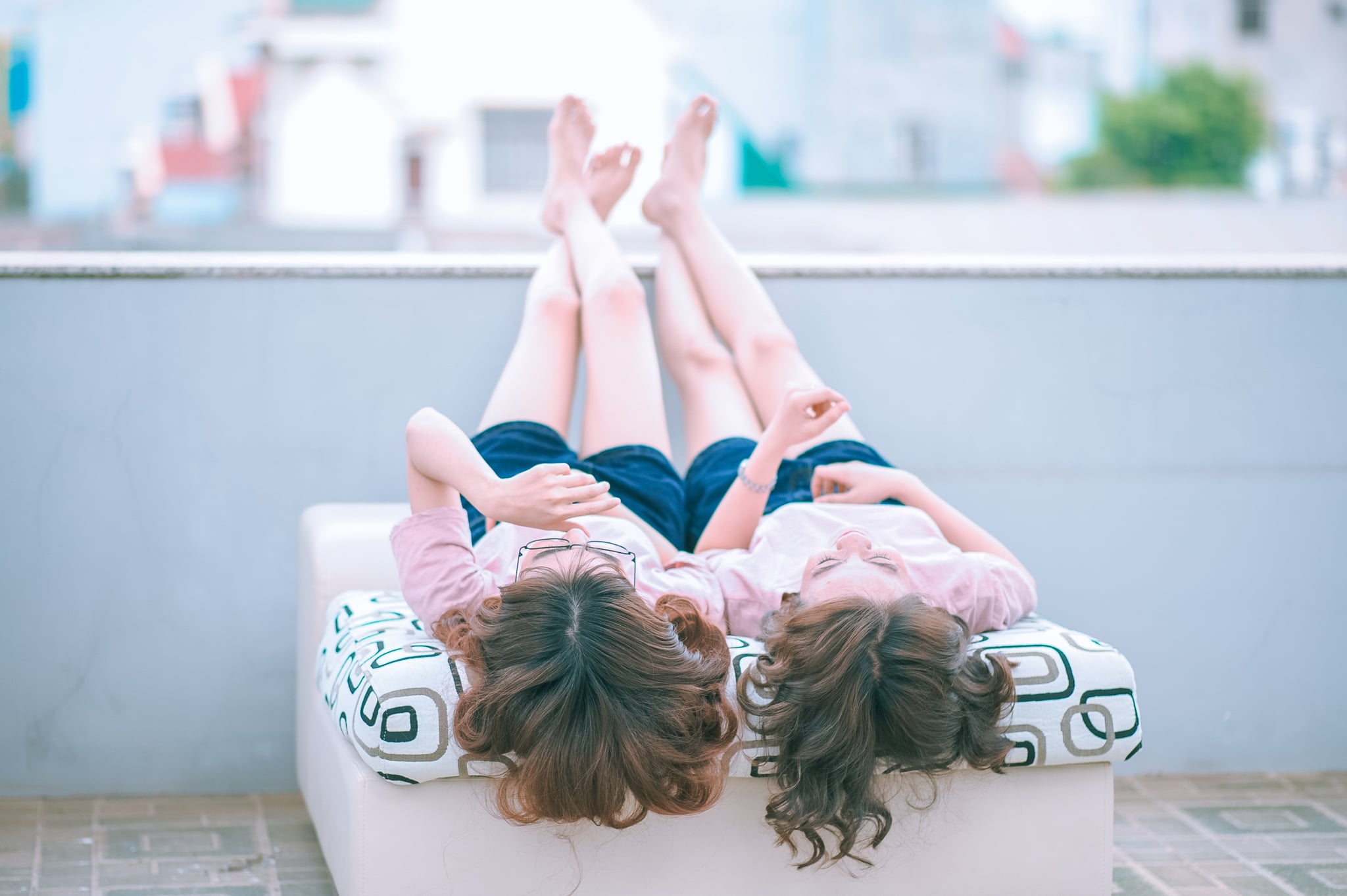 Twins are all the rage, at least amongst A-listers. Beyoncé and Jay Z are expecting twins later this year, and George and Amal Clooney just welcomed a pair. If you feel like you've been hearing about multiples more over the past few years, you're not mistaken. The American twin birth rate reached an all-time high in 2014, with a rate of 33.9 twins born per 1,000 births. In the three decades since 1980, the twin rate rose 76 percent and doubled among women aged 35 to 39. In a CDC study, the agency found that because of this increased rate, 865,000 additional sets of twins were born between 1980 and 2009. That's almost a million extra sets of twins!

More widespread use of fertility treatment can help explain this historical increase. But you never want to assume that's the case — since twins were around long before IUI or IVF. If you're curious about what has sparked this twin baby boom, we're here to separate the fact from the fiction.

Related:
Witness the Magic of Sisterhood as These Twins Kiss During an Ultrasound

What Causes Twins Besides Fertility Treatment

Older maternal age alone accounts for about one-third of the twin boom — having nothing to do with fertility treatment.

Today, women are having children later. In 1980, the mean age for mothers having their first child was 23. In 2016, it had risen to 28. According to the CDC, older maternal age alone accounts for about one-third of the twin boom — having nothing to do with fertility treatment. How come? Researchers have figured out that many women over 30 naturally produce more follicle-stimulating hormones, which raises the chance that multiple eggs will be ready for fertilization each cycle. If that happens, you get fraternal twins (or more). It's basically your body buying more lottery tickets each month hoping to hit the baby jackpot before menopause. Sometimes both tickets — or eggs — win.

Other personal factors raise your chances of having twins. If twins run on the woman's side of the family, that doubles your chances of having doubles. Tall women and those with a BMI over 30 have higher odds. And race has an impact, too. Non-Hispanic black women are more likely than white women to have twins, while Hispanic and Asian women are less likely than white women to become pregnant with multiples. Finally, past pregnancies can also predict your chances. If you've ever been pregnant before, you're more likely to have twins during subsequent pregnancies — and those chances raise again if you already have twins. How lucky!

Related:
Mom's Hilarious Photo Puts an End to Obnoxious Questions About Her Twins

Myths About Fertility Treatment and Twins

Factors like family history have been driving the birth of twins long before the twin boom. So what explains the rise since 1980? We know rising maternal age accounts for a third of it. The other two-thirds can be attributed to the greater use of fertility treatment. According to Dr. Marcy Maguire, who practices at Reproductive Medicine Associates of New Jersey, approximately 3 percent of all live births in the US are twins. But among pregnancies resulting from fertility treatment, 40 percent result in twin gestation. The vast majority of those are fraternal.

"Many people think that IVF has a higher risk of twin gestation than artificial insemination, but this is not true."

While it's true fertility treatment can lead to twins, there are many false understandings of how twins and fertility treatment go hand in hand. "Many people think that in vitro fertilization (IVF) has a higher risk of twin gestation than artificial insemination (IUI), but this is not true," Maguire explains. If you're not familiar with IUI, it's a cheaper more low-tech cousin to IVF. Because they are much less controlled, IUI cycles have a higher risk of multiple gestation. Maguire spells out how it works: "During an IUI cycle, a woman is given medication to cause her to ovulate more than one egg." (You may have heard of drugs like Clomiphene or Letrozole.) "Sperm is then placed into the uterus at an appropriate time to encourage conception. While inducing ovulation of more than one egg improves the chance of conception, it also significantly raises the risk of multiple gestation."

IVF, which involves manually combining an egg and sperm in a laboratory dish before transferring the embryo back to the uterus, did lead to more twins in the past. But Maguire points out that advancements in technology make IVF much more effective and twins less likely today: "Historically, during IVF cycles, physicians would transfer more than one embryo into a woman's uterus at the same time in order to improve her chance of conception." In fact, in 2000 it was common to transfer three or more embryos each cycle. Given improvements, physicians now can transfer just one embryo at a time. These single embryo transfers get high pregnancy rates, without a high chance of twins.

IUI and IVF also carry different chances of fraternal or identical twins. Fraternal twins occurs when two different eggs are fertilized by two different sperm. Identical twins occurs when one egg is fertilized by one sperm, but the resulting embryo splits into two embryos. "Artificial insemination (IUI) procedures increase the risk of fraternal twins by increasing the number of eggs and sperm in the uterus at the same time," Maguire explains. "The risk of fraternal twinning in patients undergoing IVF is only increased in women who elect to have more than one embryo transferred into their uterus at the same time." On the other hand, identical twins are slightly increased in IVF pregnancies, for unclear reasons that may have to do with embryo manipulation. Identical twins occur in approximately 0.4 percent of natural pregnancies and 1-5 percent of IVF pregnancies.

In her practice, Maguire has observed that patients seeking treatment for infertility often desire twins, since the idea of having a "complete family" after only one pregnancy can be very tempting. However she makes sure to fill them in on the downsides, which include higher risks for the mother and babies. "Twin pregnancies are associated with an increased risk of preterm delivery. Premature infants have a higher risk of multiple physical and intellectual disabilities, including learning deficits, respiratory issues, vision impairment, cerebral palsy, and even death." Women carrying twin pregnancies may experience dangerously high blood pressure, diabetes in pregnancy, pregnancy complications requiring bed rest, and other complications. When possible, she says, it is far safer to help patients have one healthy baby at a time.

While older mothers and an increased use of fertility treatment means classrooms will be filled with sets of twins for the next few decades, there's a chance we've reached peak twinning, especially as physicians learn more about the risks associated with twin pregnancies, Maguire says. Thanks to advancements in technology enabling excellent pregnancy rates with transfer of only one embryo in IVF, the rate of twin pregnancies shows signs of decline. Following 2014's peak of 33.9 twins per 1,000 births, the twin birth rate declined to 33.5 twins per 1,000 births in 2015 and again to 32.3 in 2016. That's still a lot higher than 1980, but we may be nearing the end of the twin baby boom.

Pregnancy
Is It Safe to Take Allergy Medication While Pregnant? Experts Weigh In
by Devan McGuinness 2 days ago