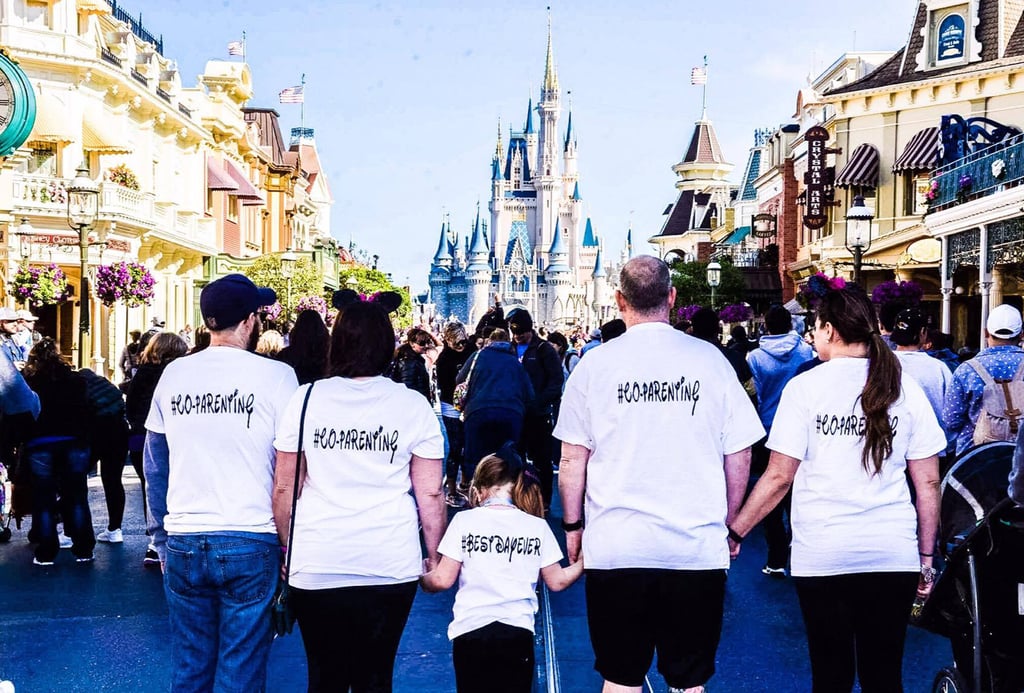 Photographer Joe Hawkey captures tons of photos for clients, but a photo of his own family at Disney World in June 2018 went viral for all the right reasons. The dad — who is raising his daughter, Maddie, with the help of her mom, Tiffany Bankert, and both of their partners, Maddie's stepparents — isn't afraid to share with the world what successful coparenting can look like.

In the family photo, each of Maddie's parents can be seen wearing a shirt with their relation to Maddie on the front and "#co-parenting" written on the back, while Maddie's shirt says her name with "#bestdayever" on the back. Joe says Disney World is Maddie's favorite place and that "she was beyond thrilled to have everyone there." Maddie had no idea that her mom and stepdad were going to surprise her at Disney, and Joe added, "It made it that much more magical."

However, things weren't always completely magical between Maddie's parents. After things didn't work out between Joe and Tiffany, there was some tension, but when Maddie's stepparents, Luke and Brianna, each came into the picture, things started improving and the group was able to successfully coparent. When asked the best part about coparenting, Joe told POPSUGAR that it's "all of us able to understand the love we have for the same child. We all want her to succeed in life. She is our number one priority."

Related:
I Grew Up With 2 Moms, and I Wouldn't Change a Thing
Previous Next Start Slideshow
FatherhoodWalt Disney WorldDisneyPhotographyParentingTouching Stories