Normally, I'd suggest taking relationship advice from a certified psychologist, but I just discovered the next best thing: Dax Shepard.

I've always had a soft spot for the actor (he is married to one of my favorite celeb moms, Kristen Bell, after all), but I admittedly never took the former Punk'd prankster for someone I could legitimately turn to for practical conflict resolution strategies within my marriage. Thankfully, Ellen DeGeneres revealed Dax's "strangely good" talent on her Ellen's Show Me More Show.

In the "Ask Dr. Dax" segment, he gave audience members funny tips to ask out their crush and have more sex before getting hitched, but I stopped laughing and started taking notes when one woman, Courtney, asked him what to do when her boyfriend gave her the "silent treatment" during arguments. Here's what he said:

Dax: "That's Male 101, the silent treatment. Can I ask you a couple questions? Are you a transmission mechanic?"

Courtney: "I would take it to the auto shop."

Dax: "Right, because you care about your car. Are you a couples counselor, are you a therapist?"

Dax: "Do you care about your relationship?"

Dax: "Then you should show it the same respect you'd show your car. You should go to a therapist, have couples therapy. Kristen and I started right out of the gate. It's a great way to prevent terrible patterns from starting as opposed to doing it way late and trying to unravel terrible patterns."

He even gave pretty mind-blowing advice to someone asking how to get his wife to close cabinet doors after she uses them:

"At a certain point, you have to realize, 'OK, I'm a variable in this equation. Kristen is a variable in this equation. Which one can I change?'" he said. "I can't change her — that's not going to happen. So that means I have to just shut those cabinets and deal with it. You could drive yourself mad the rest of your life that this is happening and try to get them to change this, or you could personally go, 'I'm not going to let this bother me.' . . . It's really imperative that you recognize when you are going to be able to change that person or when you're going to have to do the changing."

So, Dax, what's your hourly rate? 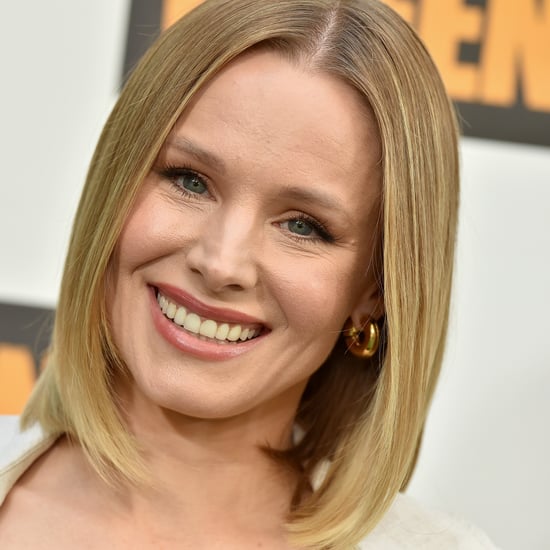 Identity
What Is the Respect For Marriage Act, and Will It Really Codify Same-Sex Marriage?
by Melanie Whyte 3 weeks ago