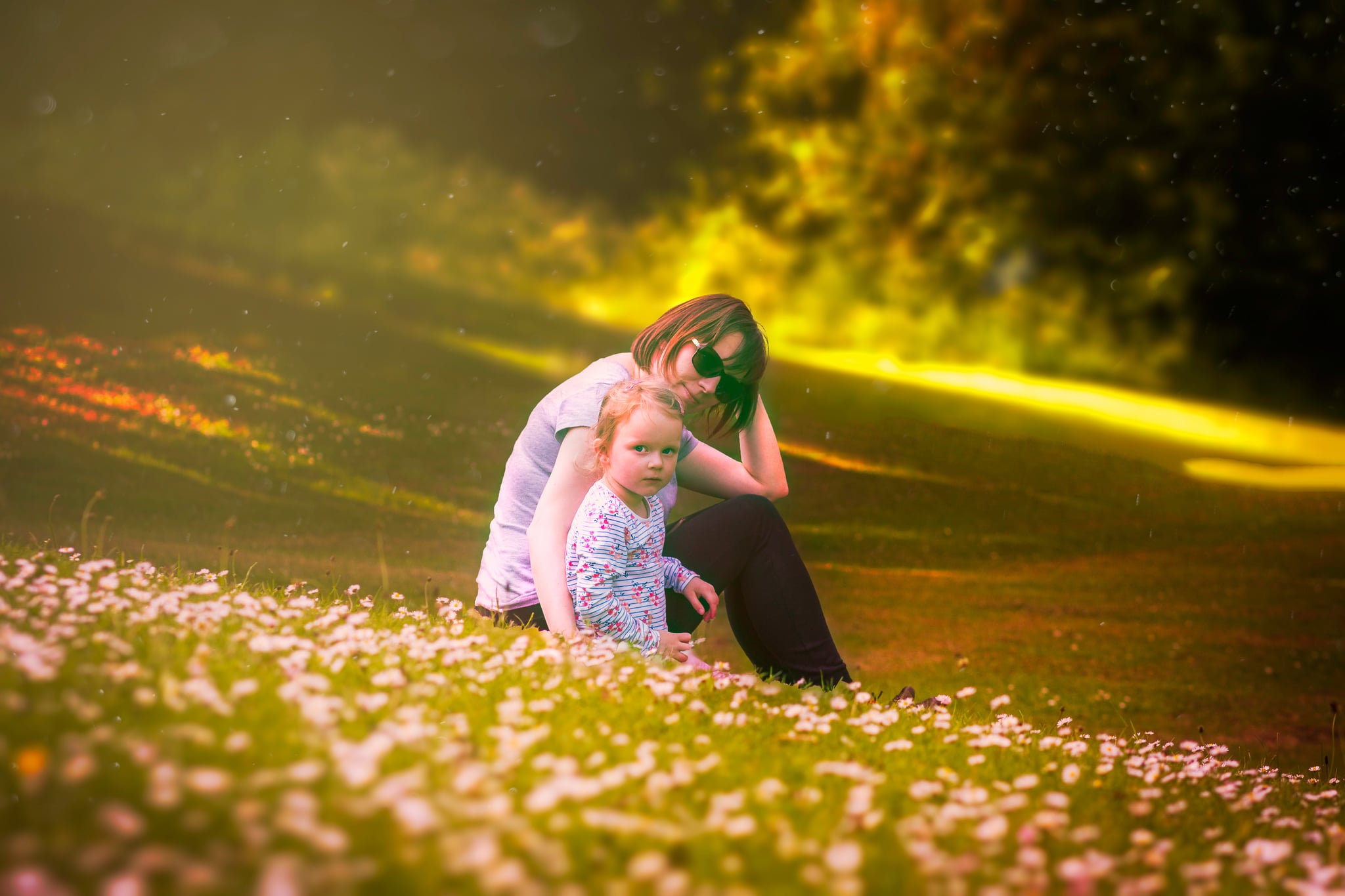 If you've ever seen me with my kids or chatted with me at any occasion, you probably thought I'm a laid-back mom. My content smile and happy small talk would definitely sell me as the most relaxed person in the room (maybe I should have been an actress?). But behind all this is actually a lot of anxiety. Yes, I might be smiling and laughing, but my mind is being torpedoed by "what-if" missiles, my heart rate is skipping a beat like I'm about to go on the world's biggest roller coaster, and my breathing is completely off, as if I forgot how to do the simple task of inhale and exhale.

Sometimes a wound only heals when you don't cover it, and anxiety is that wound for me. The more I suppress it, the stronger it gets.

When people think of anxiety, they might picture someone alone in a room, curled in a ball, and crying extensively, but anxiety can come in many forms and looks, some not even looking like anxiety at all. For me, it's a wide mix. Sometimes my anxiety makes me angry for no reason. Sometimes it makes me nauseous for long periods of time. And sometimes it gives me stomach pains and cramps, which makes my appetite run and hide for who knows how long. It's an unpredictable battle that I fight every day.

A few months ago, my kids were at a playdate. I was talking to one of the moms and I casually said, "Thank God my anxiety forgot my address today," and laughed. That mom looked at me and told me she never would have thought that I suffer from anxiety. While I appreciated her comment, which meant that I can hide it well some days, I know that other days aren't as easy. Sometimes I'm put together and my thoughts are well aligned, and sometimes my anxiety spikes so high that even the thought of picking up the phone seems impossible.

People who suffer from high-functioning anxiety live by the motto "The show must go on," because we fight every day to fit in a world that still thinks mental illness is a choice. My husband still has a hard time understanding what my anxiety makes me do or how it manifests, and to be honest, I don't blame him. I don't understand it sometimes, either. And it did affect our marriage at one point when I was unable to open up to him because I was afraid of his reaction. But I've learned to be honest about what I'm going through, and he helps me in any way he can.

Lately, I've been trying to see the positive side to my anxiety, which might sound ridiculous, but I'm determined to learn everything I can from it. And it's taught me that we all fight our own battles behind closed doors that nobody else knows about. Like the mom who didn't expect me to have anxiety, she's probably also dealing with something I have no idea about. We have to be kind to one another, not judge people so harshly, and try to understand why someone might be having a bad day.

Anxiety is a trigger for the fight or flight response, and I've chosen to fight. I want to fight the stigma around it, fight the idea that anxiety is not welcomed when you're a mother, and that anxiety is a sign of weakness or lack of faith. The more I opened up about my anxiety, the more I found other moms who are just like me — moms who sometimes feel fake for smiling and acting fine while hiding an enormous amount of rage or fear.

Sometimes a wound only heals when you don't cover it, and anxiety is that wound for me. The more I suppress it, the stronger it gets. But it's OK, it will pass, and most importantly, I'm stronger than I think. By letting my anxiety out, I've become a better wife, a better mother, and a better person. It will always be a daily battle, but it's one that I want my children to see me fight for myself.

Celebrity Instagrams
"Bridgerton"'s Ruby Barker Posts About Her Mental Health: "I Have Been Struggling"
by Yerin Kim 17 hours ago