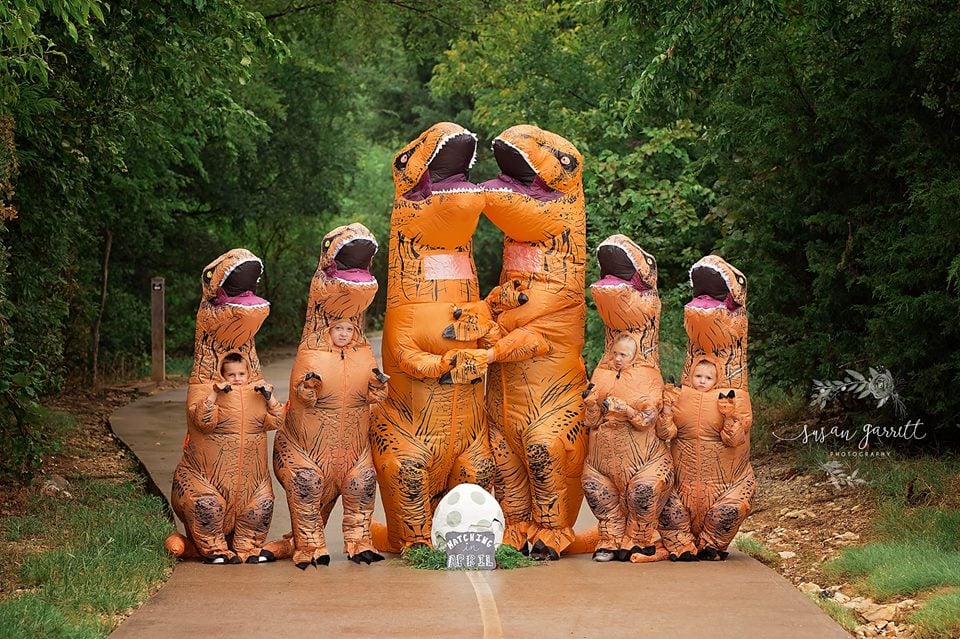 Nicole Berkley, a mom of four and professional photographer from Texas, knew that she wanted to go big or go home when it came to announcing that she and her husband, Daniel, were expecting their fifth child together. Without further ado, Nicole hired photographer Susan Garrett to take pictures of her family clad in T-rex costumes sharing the big news, and yep, we are roaring with laughter.

"With this being our fifth child and not our first time announcing a pregnancy, I just really felt kinda past the cutesy, generic pregnancy announcement photos that everyone does nowadays," Nicole told POPSUGAR. "It's so exciting to share that you're expecting a new little one with friends and family, but I just thought to myself 'this is NOT our first rodeo, I want these to be really epic and unique because this could very well be our last baby.'"

"I just really felt kinda past the cutesy, generic pregnancy announcement photos that everyone does nowadays."

Nicole explained that when she first bubbled up the idea to Daniel nearly a year ago, he wasn't exactly open to the concept. But after having a miscarriage in February, Daniel agreed to the photo shoot when the couple found out they were pregnant again.

"Since we are big Jurassic World fans and a really quirky and down-to-earth kind of family, it seemed SO fitting! I have a habit of making my crew take lots of pictures and cooperate with my silly ideas," explained Nicole. "I knew eventually they'd come around, and they did in the BEST WAY! When my kids saw the costumes inflated, they thought it was the funniest thing and were totally on board at that point."

As expected, the people who saw their pregnancy announcement completely lost their sh*t. "Everyone seems to REALLY love the idea and think it's hysterical," said Nicole. "The reaction we have gotten is totally what I wanted: to make people laugh. I knew people would love it but NEVER expected it to get the attention it has gotten!"

Read through to get a look at this squad's epic photo shoot, and try not to lament over the fact you didn't think of it first. 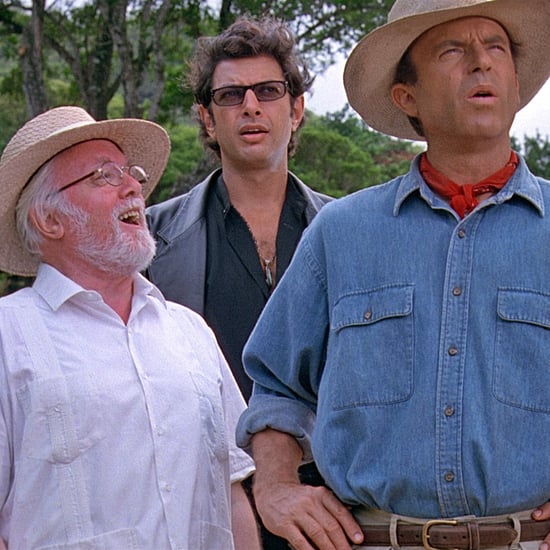 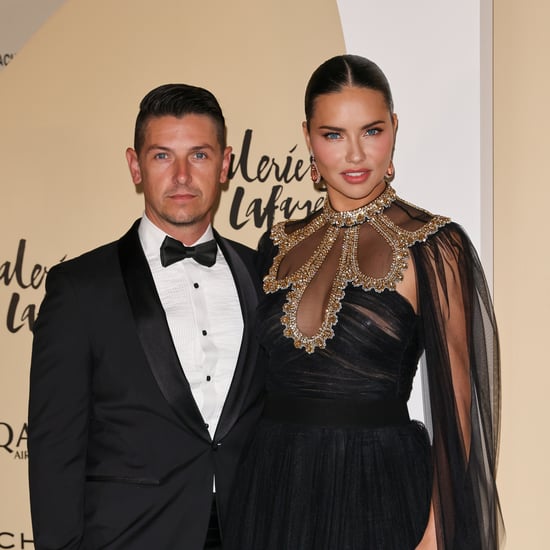