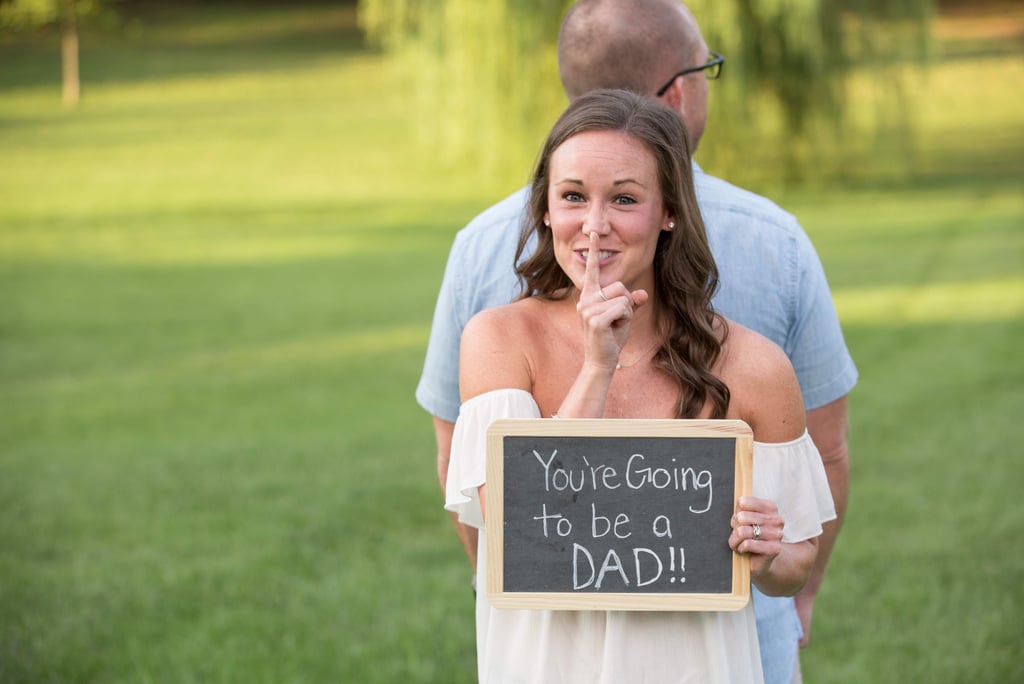 Conor and Lauren knew that they wanted to have a photo shoot in honor of their anniversary but kept pushing it back. They were trying to start a family and hoped to include the exciting addition in their session, but after holding off, they finally set a date with their photographer to move forward with photos of just the two of them.

As chance would have it, two days before their scheduled appointment, Lauren called Sara of Sara Marie Photography after learning that she was pregnant. The two decided she would share the exciting news with Conor during the session so that Sara could capture his reaction and came up with a memorable plan. "When we arrived at the shoot, I had them stand back to back and write what they were most excited about when it came to being married," Sara told POPSUGAR.

While Lauren used this as an opportunity to write that he was going to become a dad, Conor showed just how much that was exactly what he wanted with his sweet note. Without knowing the significance of his words, Conor wrote, "It's the start of us building a family," and revealed his optimism at the exact same time that his wife shared that his dreams were coming true. "Conor was so shocked and happy when he turned around! He wasn't the only one who was teary eyed in that park."