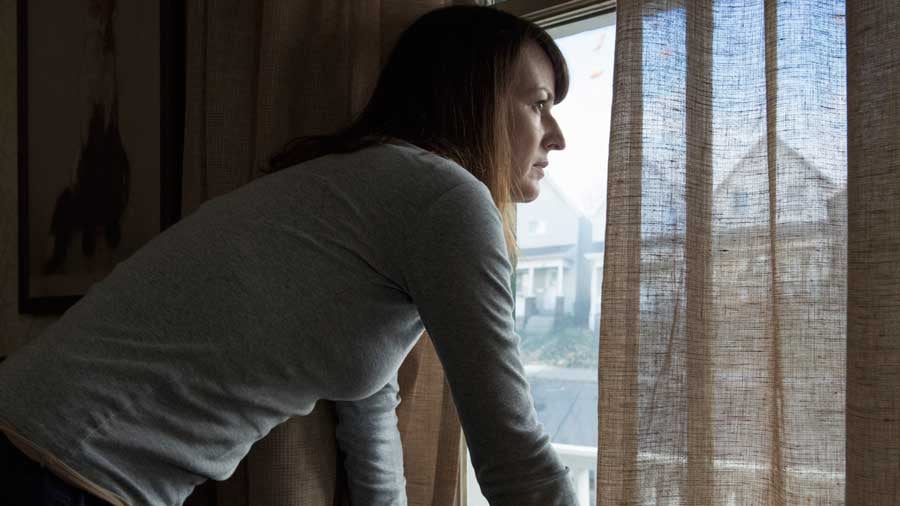 Black Mirror is gearing up for the release of its fourth season on Dec. 29. Netflix made the episodes available in advance to critics, and one episode that is sure to spark a lot of debate is "Arkangel." The episode, which is directed by Jodie Foster, stars Rosemarie Dewitt as Marie, a mother who chooses to participate in an experimental trial that gives her unprecedented access into surveilling her daughter, Sara.

Because this is Black Mirror, things go predictably awry. As young Sara grows up, the surveillance tool goes from a protective device to what amounts to a spying mechanism for her mother. They say the road to Hell is paved with good intentions, and Marie's good intentions certainly give way to increasingly dark behavior and, ultimately, a disturbing end to their story (we won't spoil it for you).

Related:
Black Mirror Season 4 Imagines a Way Online Dating Could Be Even Worse

It's an interesting allegory for today's "helicopter parents," which got their name because of the way they hover over their children to the point of taking an excessively overprotective stance. Given the typically dark nature of the Netflix drama, the surveillance device is extreme at the outset — even before Marie starts abusing the device, it comes with standard features that are definitely eyebrow-raising in how invasive they are with "protective" capabilities. 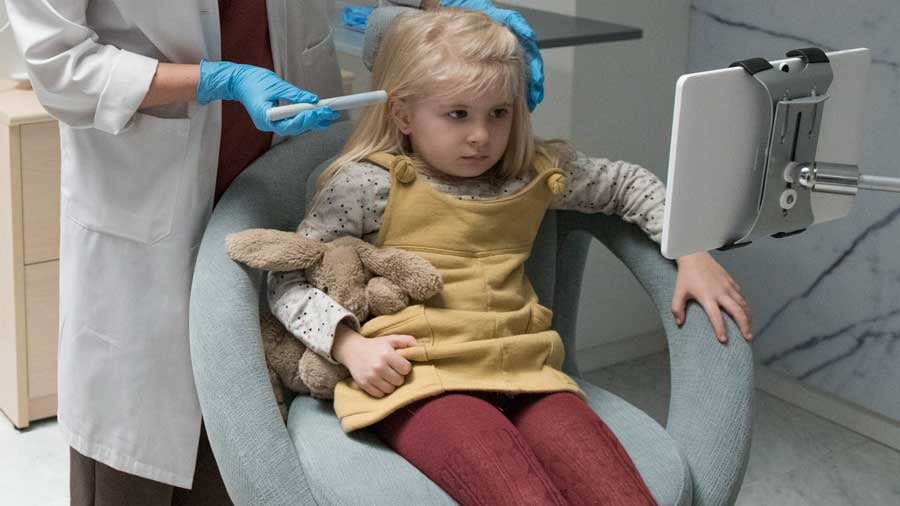 The episode even touches on this in the form of Marie's father, who wonders why she needs to exert such control over what her daughter sees and experiences. Back in his day, parents let their kids go out into the world to experience and learn things for themselves, rather than trying to protect them from every little thing.

When we seek to shield our children from every little thing that may cause them stress, we aren't helping them.

For me, as a parent to two young boys, I don't find the basic concept of the surveillance tool to be a bad thing. Wanting to protect your child, especially when they're very young, from things that might hurt them because they don't yet know any better is only natural. The "Arkangel" device, however, takes things to a whole other level that I think is too invasive and highly damaging to a child's development.

As with almost everything in life, moderation is key. Being too casual about what your children are up to is not the right approach, because children need appropriate boundaries and protection. But it's also not OK to be so involved and overprotective that you stunt their emotional and intellectual growth into capable young people.

Related:
Emmys: Why Black Mirror's "San Junipero" Is Such a Big F*cking Deal

Sara's grandfather's concern about being overprotective raises a valid point about helicopter parents today, in that when we seek to shield our children from every little thing that may cause them stress, we aren't helping them. In fact, we're actually causing more damage to them, because our job as parents is to raise fully functioning, capable, strong adults. And a kid who is sheltered from every bad thing in the world, even something as small as an angry pet or blood from a cut finger, is not going to have any idea how to function in the world as an adult.

There are specific features of the surveillance device I'm not allowed to divulge at this time, so check back after the episode airs for more on this topic (there's SO much to discuss). But suffice to say, the episode takes a stark look at what can happen when parents are so concerned with protecting their children that they forget to teach them autonomy, resilience, social competence, and strong critical thinking skills. And it isn't a pretty picture.

Freeform
Will There Be a Season 2 of "The Watchful Eye"? Here's What the Cast Had to Say
by Monica Sisavat 10 hours ago

TV
Normani Is a '90s Star in Exclusive "Proud Family: Louder and Prouder" Season 2 Clip
by Sabienna Bowman 13 hours ago